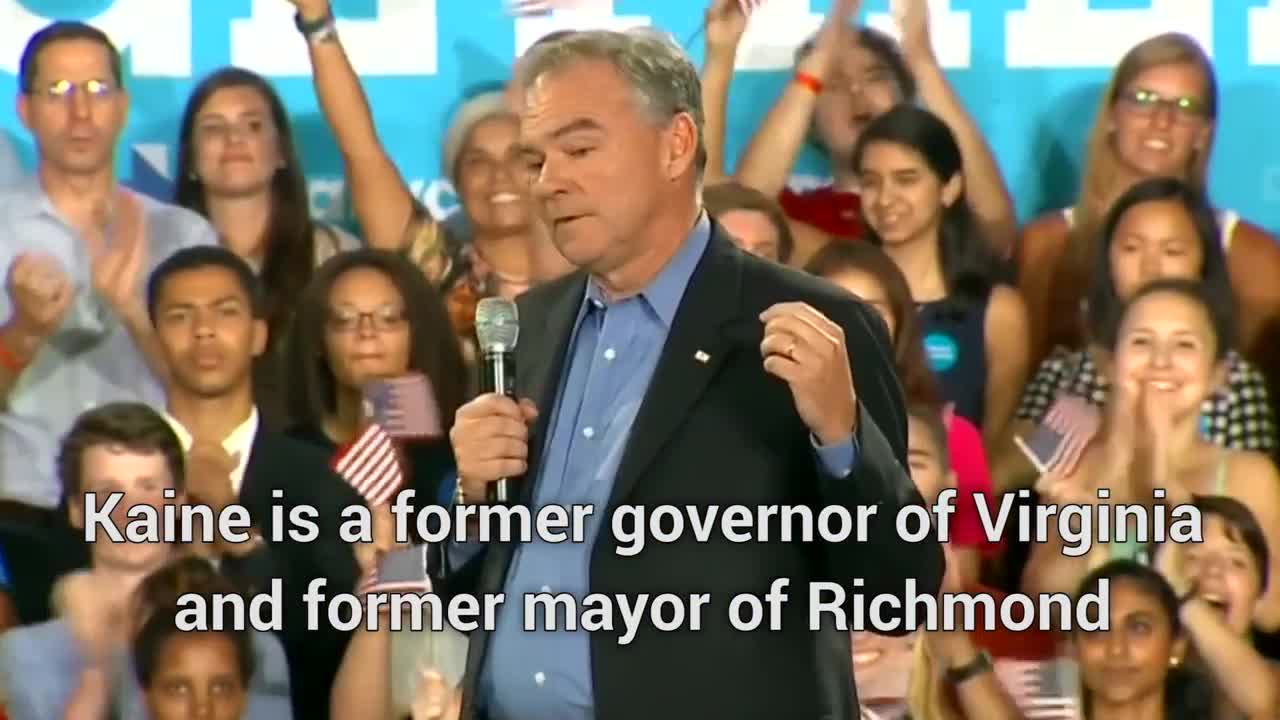 Kaine, 58, is married with three children. He was governor of Virginia from 2006-20010 and served as the DNC chairman from 2009-2011. He's also Roman Catholic, active on foreign relations and military affairs and has built a reputation for working well with Republicans.

Here are five things you should know about Clinton's running mate:

Expect a ton of Telemundo appearances

Kaine speaks fluent Spanish and isn't afraid to show off his skills. He recently spoke Spanish at a Clinton campaign rally in his home state of Virginia. He's spoken Spanish on the Senate floor, famously delivering a 14-minute speech on immigration back in 2013. He also spoke Spanish when endorsing President Obama in 2008, crediting the time he spent as a volunteer in Honduras.

He was almost Obama's veep

Kaine was among the finalists for the vice president gig on Barack Obama's ticket back in 2008, but ultimately lost out to Joe Biden.

"Kaine's position as governor of a state the Obama campaign hopes to make a key battleground and his background as a Spanish-speaking former Catholic missionary and civil rights lawyer make him a strong potential pick," Politico wrote back in '08. The exact same logic applied to Clinton's reason for selecting Kaine eight years later, only he's now experienced and has now spent time in Senate.

He's personally against abortion but thinks it should remain legal

The religious Kaine has often reiterated his personal opposition to abortion, but maintains that the practice should not be outlawed.

"I strongly support the right of women to make their own health and reproductive decisions and, for that reason, will oppose efforts to weaken or subvert the basic holding of Roe v. Wade. We all share the goal of reducing unwanted pregnancies and abortions. The right way to do this is through education and access to health care and contraception rather than criminalizing women's reproductive decisions," Kaine said back in 2012, according to OnTheIssues.org.

However, he supports restrictions on certain types of abortion, parental consent laws and "informed consent" practices.

He could help carry Virginia

Virginia is considered a swing state and it is crucial for the Clinton campaign that she prevails there. While Kaine is originally from Minnesota and was raised in Kansas, he has lived in Virginia for the majority of his adult life and is extremely popular there. He has been elected as Mayor of Richmond, Lieutenant Governor and Governor in addition to his current gig as Senator.

He delivered the Democratic response to George W. Bush's 2006 State of the Union address