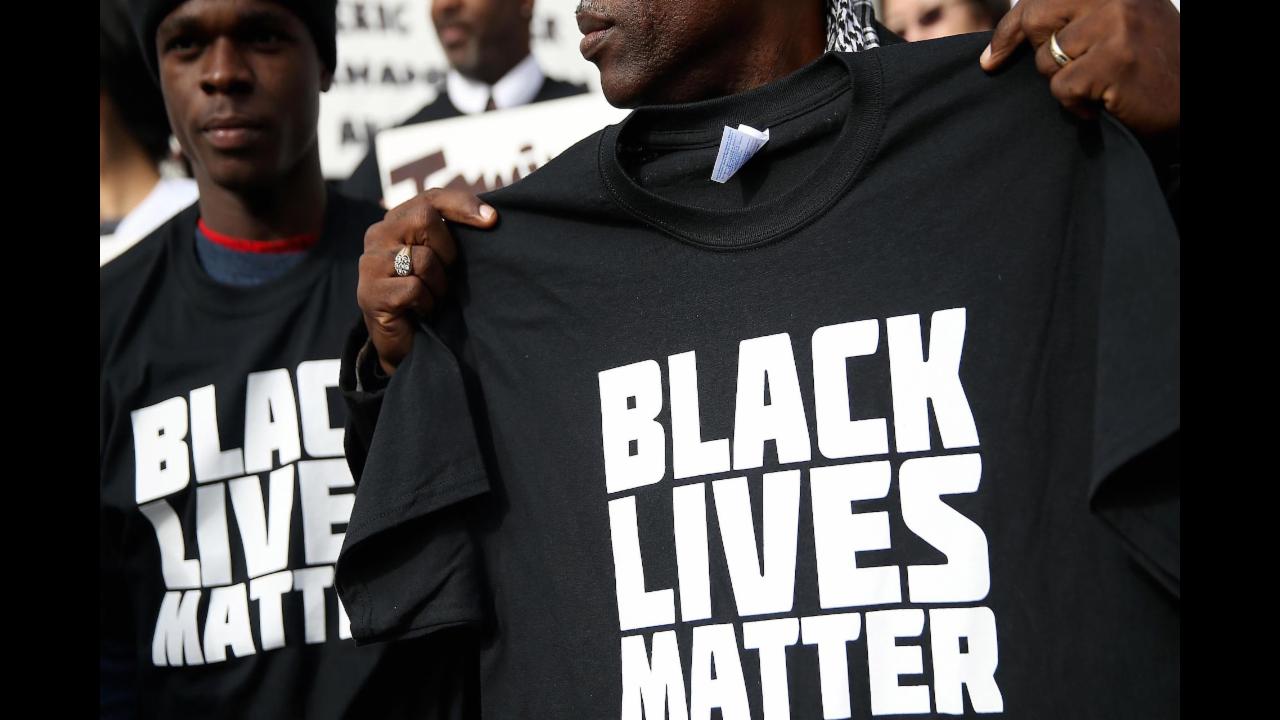 The activists, better known for campaigning against police brutality and racial profiling in the United States, traveled to Rio to highlight some of the similarities with their cause in Brazil.

The country, Latin America's biggest, is home more than 200 million people, a majority of whom identify themselves as black or mixed. Those with darker skin, nonetheless, face significant social and economic constraints compared with whites in addition to a dramatically higher rate of conflicts with police.

Most iconic photos of Black Lives Matter movement since Ferguson:

Organized by a group of six activists associated with the U.S.-based movement, Saturday's march included about 200 Brazilian activists and a ceremony at Candelaria cathedral, the infamous site of a 1993 massacre in which a death squad, including off-duty policemen, killed eight children and adolescents who slept on the church steps.

"The most important thing that we can do is build together and mobilize our people to spread the word," said Daunasia Yancey, a Boston-based Black Lives Matter activist, noting what she called "astronomical" death rates among blacks in conflicts with police in Brazil.

Even as it prepares to host the Olympics, which starts Aug. 5, Rio is struggling with a spike in crime amid an ongoing recession, rising unemployment and shortfalls in state security budgets.

Despite slow, but gradual improvements in police violence over the course of the past two decades, even Brazilian authorities recognize still-staggering levels of lethal force by officers in Rio and other major cities.

Through May, the latest month for which state security statistics are available, 322 people died in conflicts with Rio police, an increase of 5.6 percent compared with 2015.

According to a recent report by Human Rights Watch, a non-governmental organization, police over the past decade have killed more than 8,000 people in the state of Rio de Janeiro, three-quarters of whom were black males. (Editing by Alistair Bell)