Kim Kardashian West made sure she was the one to watch at  Hakkasan Las Vegas Nightclub on Friday in a skintight, midnight blue dress. It's impossible not to star at her incredible figure.

Zoe Saldana attends dazzled in a periwinkle blue frock with sheer sections from Givenchy Haute Couture by Riccardo Tisci, The look for the world premiere of 'Star Trek Beyond' was jaw-dropping.

Heidi Klum was hot to trot on the set of  "The Tonight Show Starring Jimmy Fallon." The leggy model showed off her million-dollar stems in a very tight, short black dress and sky-high heels.

Julia Stiles opted for a breezy number at the "Jason Bourne" premiere in Las Vegas, but the dramatic makeup and side swept hairdo definitely cemented her status on this week's best-dressed,

Welcome to New York. Gigi Hadid gave her fans a wave during a photo shoot in the Big Apple -- but let's be real, we can't stop staring at how incredible she looks in this metallic number.

Camila Alves stunning in a breezy, white jumpsuit as she strutted across a New York City street. McConaughey's wife rarely does runways anymore, but clearly she hasn't lost her model style.

Celine Dion has really been stepping up her style game and we can't get enough of this bold and bright print from this week.

This week the stars were definitely sexy -- but one mode took the hot-o-meter so far she nearly had a wardrobe malfunction.

Victoria's Secret stunner Doutzen Kroes had our jaws on the floor with a copper silk dress with a sexy, yet revealing, wraparound skirt and a plunging neckline. The look gave us total "Bond Girl" vibes with its slinky texture and her pouty red lips. The only trouble was, Kroes nearly couldn't keep the dress on. As she walked along in St. Tropez, the dress continued to shift with her lengthy stride causing her to have to grab the fabric and hold it down. The look was definitely a standout!

Zoe Saldana brought the heat and sexiness at the "Star Wars: Beyond" world premiere at Comic-Con in San Diego. The gorgeous actress rocked a periwinkle blue number with subtle details from Givenchy Haute Couture. It's a must-see.

And Pippa Middleton has upper her style game this week after announcing her engagement to James Matthews. The gorgeous royal has been frolicking around London in a series of sweet and romantic dresses that we just can't get enough of. 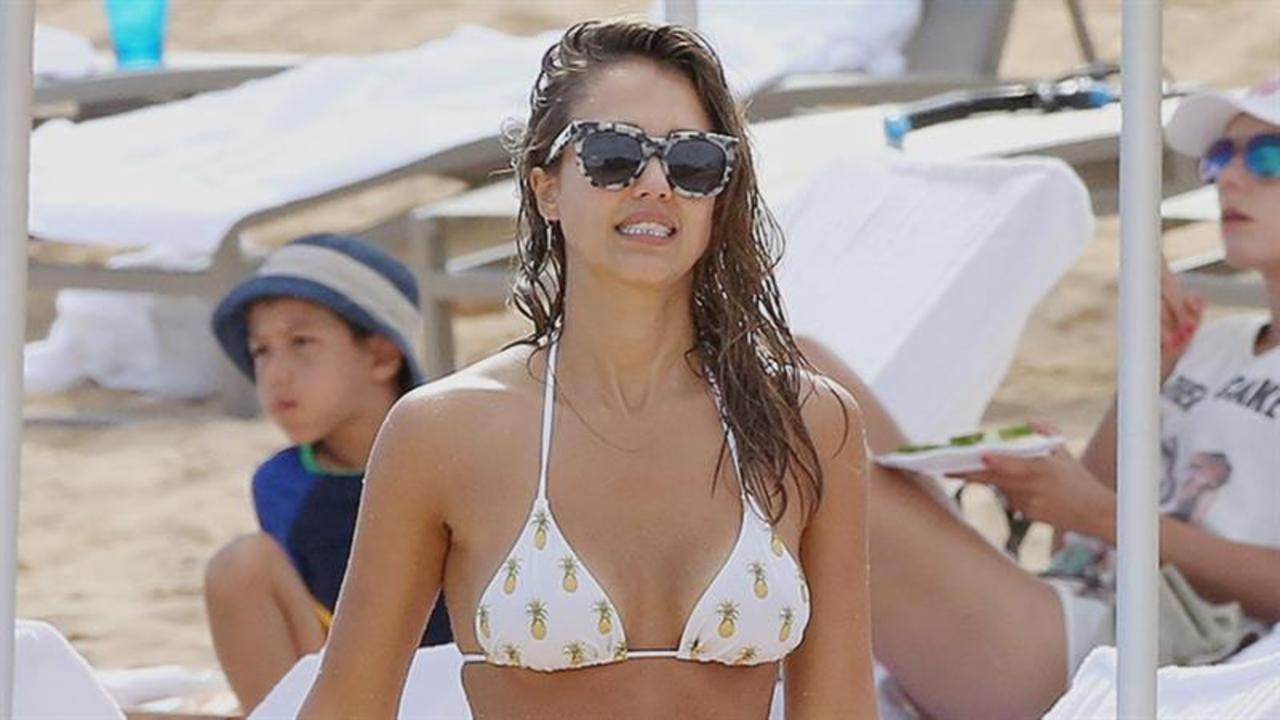 Who did it best? A detailed breakdown of Chelsea Clinton vs. Ivanka Tump's weddings
Pippa Middleton's fiance James Matthews spotted running ... with the royal dog?
Hollywood Flashback: How Sarah Jessica Parker's agent convinced her to do 'Sex and the City'