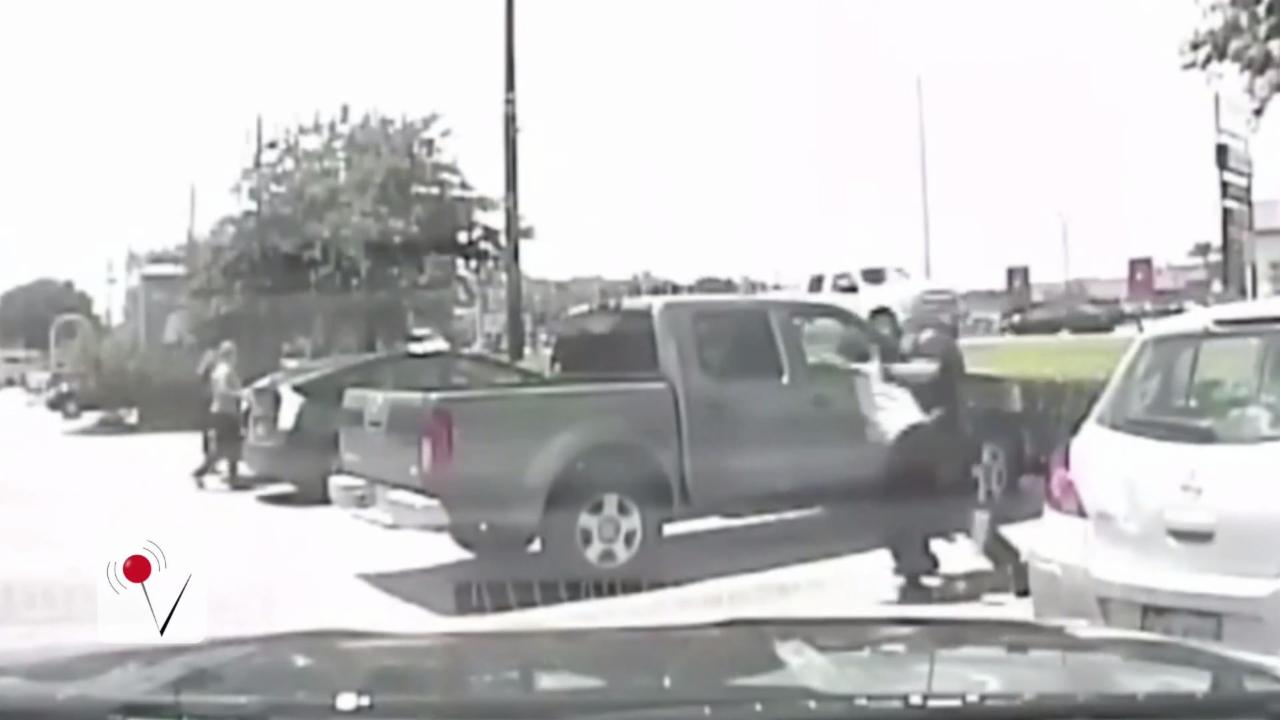 As "Black Lives Matter" protests continue in full force around the country, a shocking altercation from Texas caught on camera has just been made public.

Austin Police dash cam footage taken from June 2015 has recently surfaced, and it shows officers pulling over a woman for going 15 miles over the speed limit.

The footage shows the officer saying to the woman, "Let me see your driver's license. You're being pulled over for speeding."

As the woman reaches for her license, the officer asks her to close the car door, which is when the situation turned violence.

The officer then pulls her out of the car and demands she stops resisting arrest. As he slams her to the ground, she exclaims "oh my god," repeatedly.

The troubling confrontation continues on the way to the police station. While in custody, the woman discusses race relations with one of the officers.

The woman says she wants to figure out why so many are, "afraid of black people," to which the officer responds, "I can give you a good reason why. Violent tendencies."

The woman has been identified as Breaion King, an elementary school teacher who now says she's afraid to leave her home.

The Austin Police chief has condemned the officers' actions, and apologized to the woman.

Both officers have been taken off street patrol.