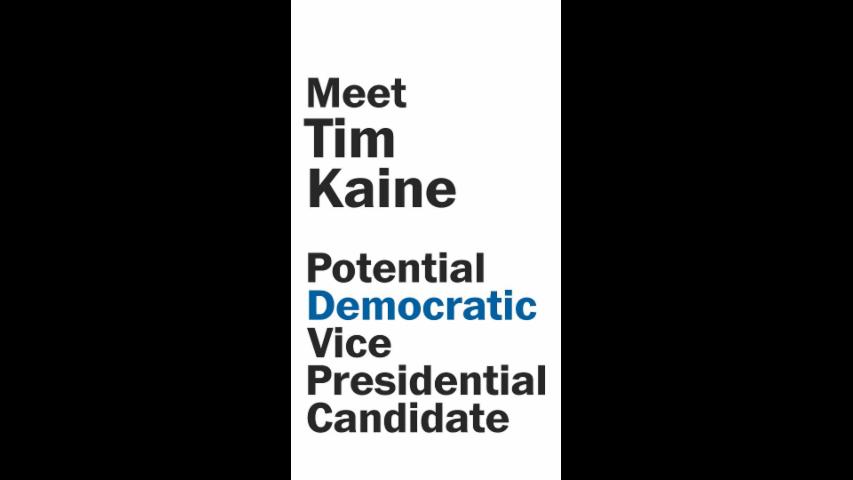 The presumptive Democratic nominee announced the news to her supporters on Twitter, stating, "I'm thrilled to announce my running mate, @TimKaine, a man who's devoted his life to fighting for others. -H"

I'm thrilled to announce my running mate, @TimKaine, a man who's devoted his life to fighting for others. -H pic.twitter.com/lTVyfztE5Z

Kaine, a junior senator from Virginia and former governor of the state, was selected from a short list believed to include Agriculture Secretary Tom Vilsack, New Jersey Sen. Cory Booker and Labor Secretary Tom Perez.

See the social reactions to the announcement:

Kaine was vetted by Barack Obama's campaign in 2008, but the then-senator eventually selected Joe Biden to join his successful presidential bid.

According to NBC News her first joint appearance with her new running mate will be Saturday at a rally in Miami.

See more of Kaine through the years:

Discover More Like This
HIDE CAPTION
SHOW CAPTION
of
SEE ALL
BACK TO SLIDE
Clinton vs. Kaine On The Issues | InsideGov
Tags
Read Full Story