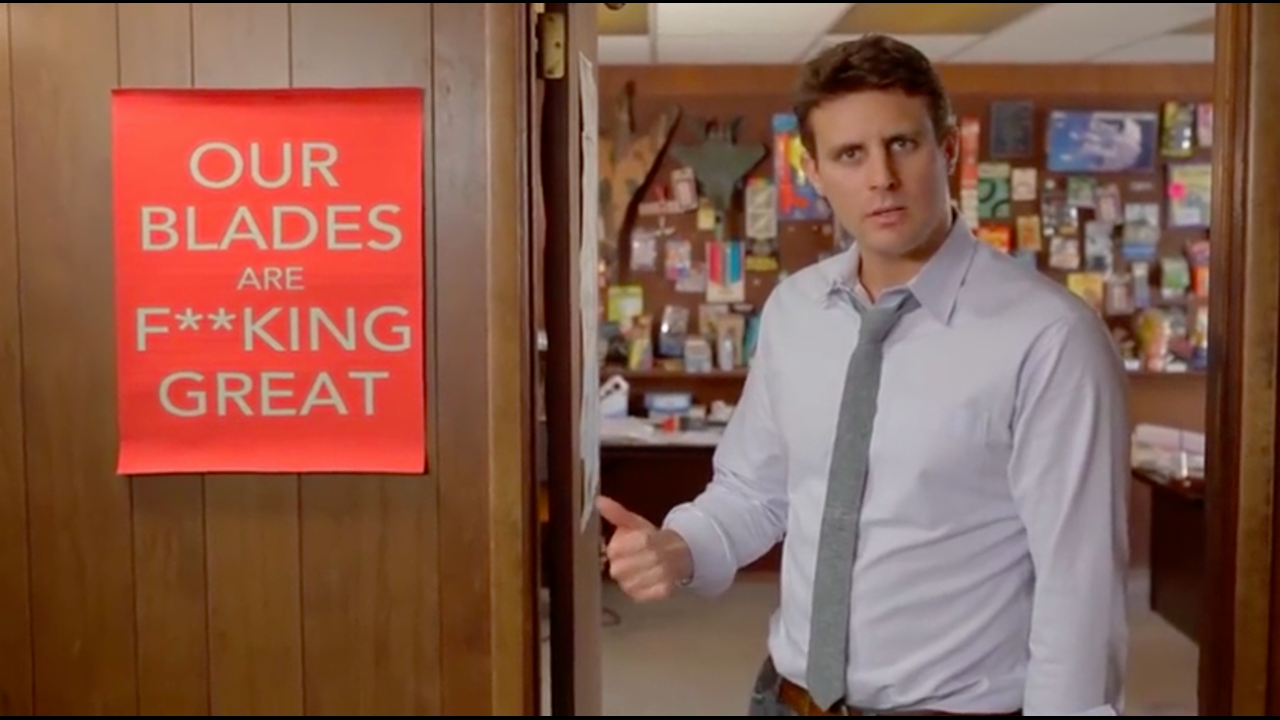 Unilever announced on Tuesday it is acquiring Dollar Shave Club for a reported $1 billion, around five times the subscription razor delivery service's expected sales for 2016.

Speaking on his company's second quarter earnings call on Thursday, Unilever CEO Paul Polman explained why he is so excited about the deal.

In short, Unilever is buying into a lot more than just razors.

Polman described Dollar Shave Club as an "innovative and disruptive brand with a cult-like following of diverse and highly engaged users."

Unilever says it is the leading company in the male grooming category, if the shaving segment was excluded, so this helps it further its lead in this $40 billion area. Dollar Shave Club will sit alongside brands like Dove Men+ Care and Axe. Unilever does not have any shaving brands yet, so Dollar Shave Club will help it enter that market, which generates around $4.5 billion in retail sales.

It has been widely-reported that Dollar Shave Club is not yet profitable, but Polman described the company as "inherently profitable" with a loyal base of consumers, many of whom are from the "attractive" millennial segment. Dollar Shave Club has grown to about 3.2 million customers since it launched in 2012.

Polman said Dollar Shave Club will also bring "expertise and technology in direct-to-consumer sales we can use internationally and in other parts of our business."

Pressed on this by an analyst on the earnings call, Polman said he could easily imagine the subscription model working for its tea brands or its "prestige" category, where brands like Dermalogica, REN SkinCare, and Murad sit. In the short-term, the plan is to continue to grow Dollar Shave Club in the US and look at international launches.

"When you are a big company like us you have a hard time establishing [a subscription model] because the culture and the knowledge is simply not there. It's not a good thing, it's not a bad thing, as long as you recognize that," Polman said.

Polman added: "[The acquisition] goes well beyond either shaving or ecommerce."

The deal is expected to complete in the third quarter.

NOW WATCH: We asked a Navy SEAL what he ate during training, and his answer shocked us

RELATED: 10 most charitable countries in the US

SEE ALSO: Inside the $1 billion deal for Dollar Shave Club