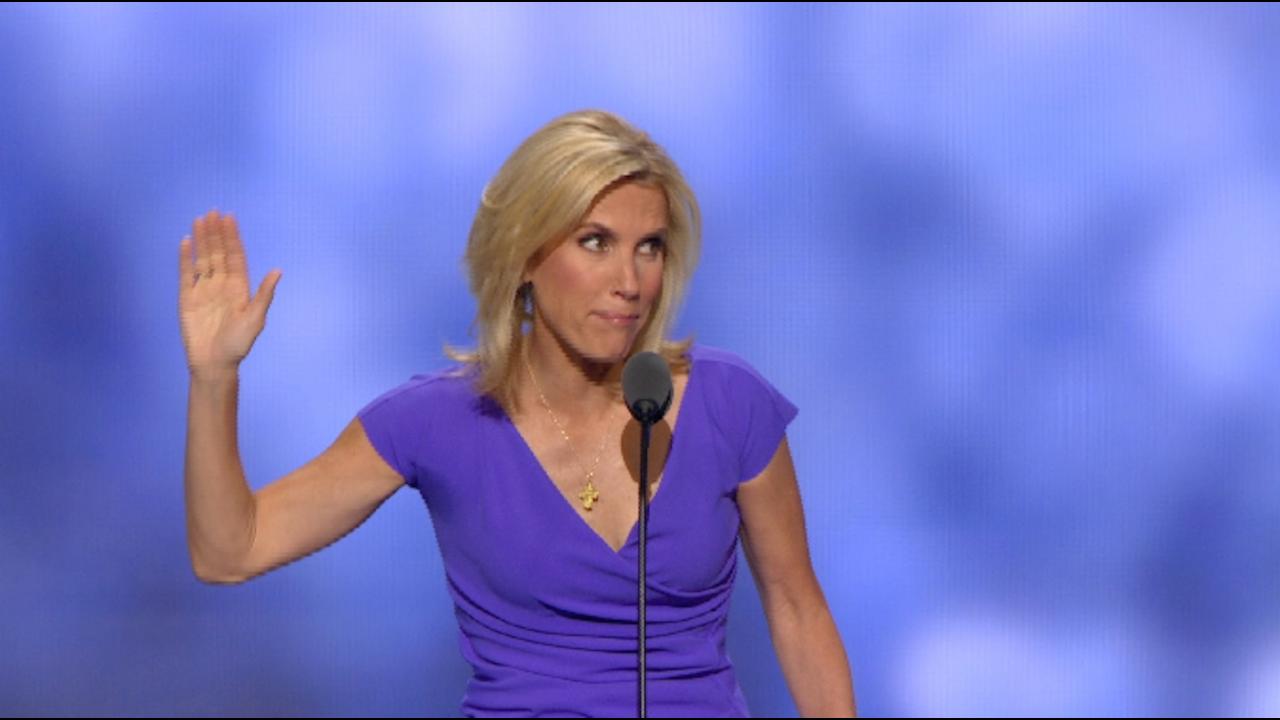 On stage at the Republican National Convention on Wednesday night, conservative radio host Laura Ingraham gestured to the crowd but momentarily struck a pose reminiscent of the infamous 'Sieg Heil,' the salute used by the National Socialist Party to pay fealty to German dictator Adolf Hitler.

Ingraham seemed to realize the bad optics midway through the gesture and quickly corrected course, but the damage was done.

The moment may have gone over as a brief blip on the radar had it not been immediately captured by GIF creation service Giphy, which tweeted the moment out to its more than 212,000 followers soon thereafter with the caption "Did she just..."

Numerous Twitter users joked Ingraham was giving a "sheriff's salute," a reference to a recent incident in which presumptive GOP nominee Donald Trump tweeted out an anti-Semitic image with a Star of David in it and later claimed it was just a "sheriff's star."

It's a sheriff's salute #RNCinCLEpic.twitter.com/ycUVdncr83

Other jokes included references to the Melania Trump plagiarism scandal.

I think Laura Ingraham gave a solid speech at the GOP conclave, but I'm sure she plagiarized that gesture pic.twitter.com/pymRuufeEb

Others superimposed Ingraham's figure over a Nazi flag.

To be clear, Ingraham probably did not actually intend to signal her devotion to the Führerprinzip. But the moment will likely live on in Internet infamy for some time to come, as well as serve of a reminder of the tensions brewing over the GOP's new nominee and his ties to a side of U.S. politics usually associated with more explicitly intentional displays of hateful imagery.

RELATED: Here are the RNC headliners for Thursday night


Read more:
• Rudy Giuliani on Melania Trump, Black Lives Matter and His RNC Speech
• Delegates Are Still Dancing at the RNC — And It's Still Painful to Watch
• Texas' Racist Voter ID Law Is Struck Down Ahead of 2016 Presidential Election