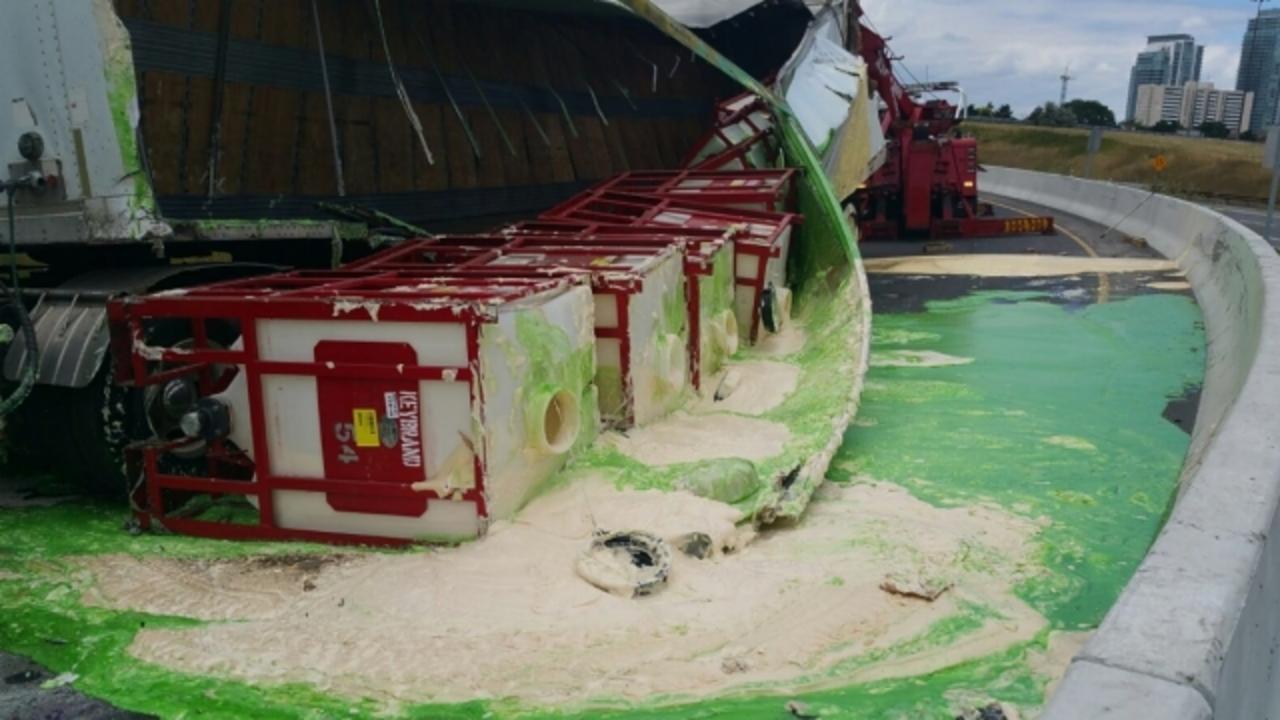 "To be honest with you, I don't know what it is," said Sgt. Kerry Schmidt with Ontario Provincial Police Highway Safety Division. "There's going to be some cleanup here."

Cleanup is an understatement. That green and beige stuff you see all over this highway is mayonnaise and salad dressing.

"It's going to be completely shut down and closed," Schmidt said later in his livestream.

Apparently, condiments aren't the easiest to clean up — especially on a roadway. To make matters worse, it was in a construction zone.

And the sergeant said a ShamWow wouldn't cut it.

The department showed the progress of the cleanup on Twitter.

Clean up continuing on DVP NB ramp to Hwy 401 WB - could be 3-4 more hours before reopening pic.twitter.com/JBk3Xye8li

Five hours after first reporting the accident, Schmidt shared this video of a skid-loader scrapping the goopy mess off the pavement.

Clean up on the DVP ramp to Hwy401 WB. Est 8 pm for reopening. The driver has been charged with Careless driving pic.twitter.com/sqQvc9ejKb

Even after the semi was towed away, the job wasn't done.

They did a final sweep of the road seven hours after the first report of the crash.

The 52-year-old truck driver was charged with careless driving.

More from Newsy:
Turkey's President Considers Bringing Back The Death Penalty
Suspect In Custody After Holding 4 People Hostage At A Burger King
This Is How Fortified Cleveland Is For The RNC