Pia Mia gets candid about her burgeoning career 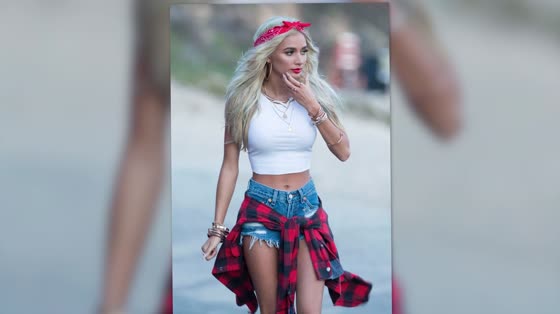 Pia Mia has had a whirlwind of a year. The 19-year-old pop star's hit single "Do It Again" went Platinum across the world and saw successes on the US Billboard Hot 100 list. And in the past 12 months, she's worked alongside huge names in the industry including will.i.am and Chris Brown. Not to mention, she's also the first-ever fashion director for Madonna's Material Girl line.

And while 2016 has proved to be one of the most noteworthy years in Pia Mia's career, it has also come with its fair share of hardships. Between leaving her family in Guam to pursue musical stardom to having her record release stalled, the past few months haven't always been easy.

We recently sat down with the young singer/songwriter to talk about her meteoric rise to fame this year and the struggles that have come along with it.

YouShouldKnow is a feature that showcases up-and-coming social stars. To see more of past interviews, including more Pia Mia exclusives, click here

It's been a whirlwind year for you. How have you been processing all your success so far?
It's been really exciting! "Do It Again" has gone platinum in multiple countries and will.i.am asked me to be featured on his song "Boys And Girls." I've been shooting all these music videos and traveling to all these places. It's so insane to me because I come from this small island and here I am in New York. On top of that, I'm the first ever fashion director from Material Girl and finishing up my album, it's all been overwhelming, but so much fun. I feel like all of this hard work that I've been doing for the past few years is starting to pay off.

What have been the hardest part of navigating all this success?
When everything started adding up. "Do It Again" is the record I had for two years and I always knew that there was something special with it. So I had fought for two years to get it out and when it finally released, it was really successful. So I think that was a moment when I had to learn, "Okay, now I have to figure out how to time manage everything." There were press tours, shooting the videos, and tours. It's been a real learning experience.

What's ahead for you in the next few months?
Just finishing up my album. I want to get out a tour, perform more, do more videos, and continue this experience with Material Girl. We'll see where life takes me next.

You were really thrown into the Hollywood industry at a young age. What do you think is the biggest misconception people have about musicians?
I feel like a lot of time musicians don't get the credit they deserve for the hard work they put into records. A lot of times, people think, "Oh she's not really performing live" or "Or she didn't write any of her own songs," but I'm very involved. Every song is about my life, I'm completely involved in production, and stage performances are really hard to do. I dance and sing live on every stage performance so I think people see the show and think that it's easy to do, but the artist themselves don't really get credit for the work they put into everything. It's a lot of work and it's a lot of traveling.

YouShouldKnow is a feature that showcases up-and-coming social stars. To see more of past interviews, including more Pia Mia exclusives, click here