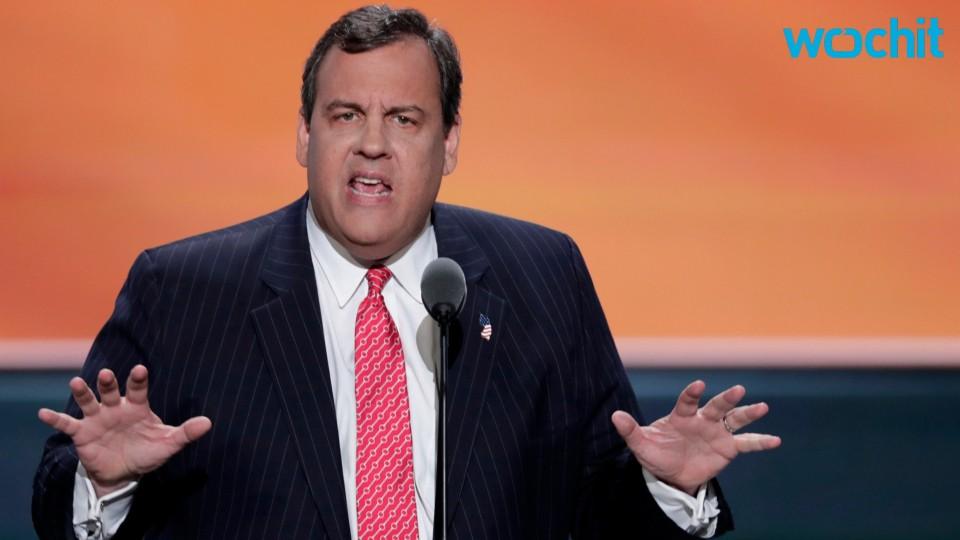 Hillary Clinton posted a rebuttal to New Jersey Gov. Chris Christie's RNC speech using behind-the-scenes footage of a meeting between her and Christie.

A video first shared on Clinton's Snapchat on Wednesday shows the two cordially chatting during a chance encounter of the set of CNN's "Face The Nation" earlier this year.

In the video, Christie joked with the former secretary of state and gave her a hug, asking her to "tell the president I say hi."

"All I do is hug Democrats. It gets me in trouble all the time. All the time," Christie said, as Clinton laughed.

Christie also ruminated with Clinton about Vermont Sen. Bernie Sanders' chances to win the Democratic primary in his neighboring state of New Hampshire, and referenced the senator's Ben and Jerry's Ice Cream flavor.

"Whenever you have a neighbor, whether it was [Mitt] Romney or whether it was [John] Kerry, or whatever, it's a different vibe. They know them," Christie said of the relationship between presidential candidates and neighboring states.

See Christie on the campaign trail

The video comes a day after Christie's aggressive speech at the RNC, where he rhetorically prosecuted a case against Clinton's judgment and character, asserting that Clinton's public persona was "a sham meant to obscure all the facts."

"So as to Hillary Clinton, the charge of putting herself ahead of America. Guilty or not guilty?" Christie said.

As the governor's speech continued, he repeatedly paused to smile as the crowd chanted "lock her up," referring to Clinton.

"Alright, alright, we're getting there. Give me a few minutes — we'll get there," Christie said.

"Oh we're not done yet," he added when the crowd interrupted him a second time. "The indictment isn't complete."

SEE ALSO: A major Democratic group is trolling Republicans who skipped the RNC with fake 'Texts from Trump'