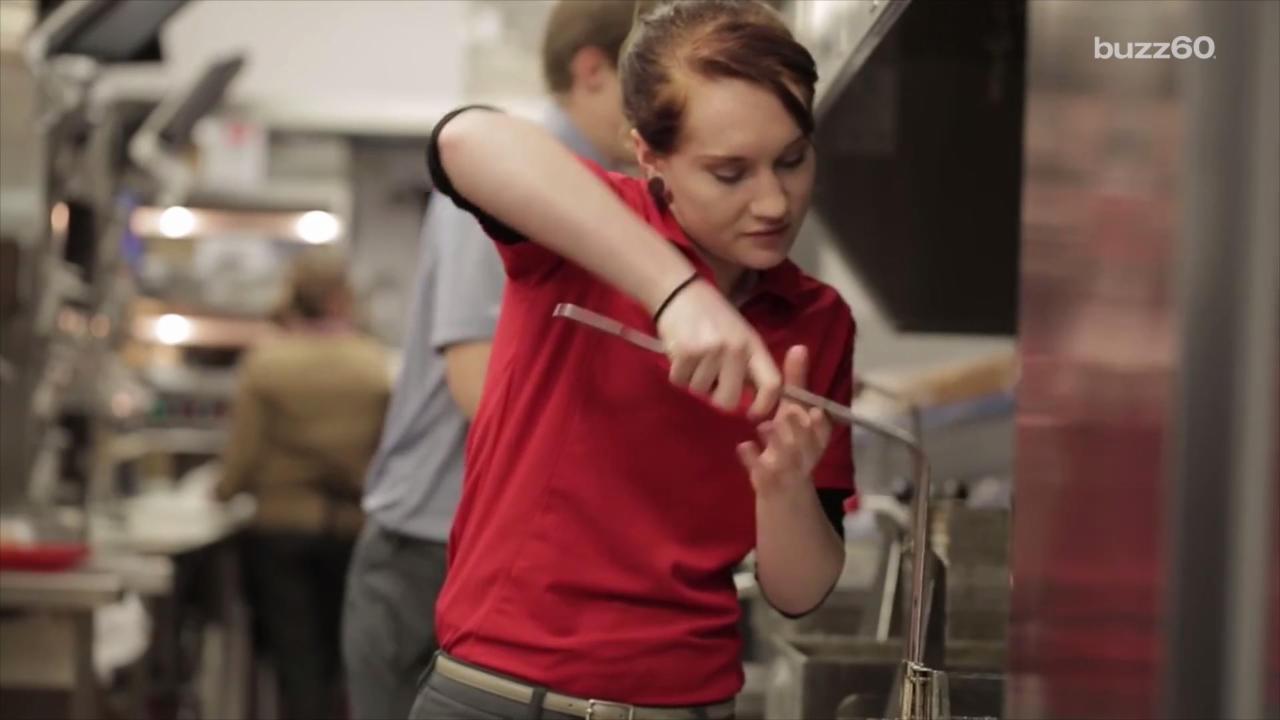 Devoted fans of Chick-fil-A already have it rough as they have to deal with the chain being closed on Sundays, but what the Atlanta-based fast food joint just did brought people to tears.

Really, even grown men have taken to the internet to post the same sad GIFs over and over.

What kind of horrible offense warrants such a reaction?

The company recently removed the Spicy Chicken Biscuit from the breakfast menu without warning, and replaced it with the healthier Egg White Grill. The new sandwich is a grilled chicken breast, egg whites, and American cheese served on a multigrain English muffin. The new addition is just 300 calories.

The Spicy Chicken Biscuit was 450 calories.

The move is part of Chick-fil-A's plan to give health conscious customers a quick grab and go breakfast. The company said the new sandwich tested well in New York City, where people sure aren't afraid to give their opinions.

Neither were folks on Twitter, who were angry to say the least.

This includes Roy who tweeted, "whoever wrote that on the whiteboard of ideas should have their hands maimed."

Another, Devon, even threatened to boycott the restaurant until they brought it back!

This all seems like a bit much considering the Spicy Chicken Sandwich is still available during lunchtime – it's just the breakfast biscuit that's gone.

Except the St. Petersburg, Florida location on 4th Street North is still serving the soon to be extinct sandwich.

Discover fast food from around the world:

10 PHOTOS
Fast food from around the world
See Gallery

Fast food from around the world
McDonald's Japan serves rice cheese balls! A crispy outside with a warm, gooey inside -- YUM.
McDonald's India features the McAloo wrap. Aloo is a type of potato curry and McDonald's put its own spin on it by wrapping a flour tortilla around an aloo patty garnished with lettuce, onions, vegetables, and sauce.
Pizza Hut Russia serves an Oktoberfest seasonal pizza with Bavarian sausage, pepperoni, vegetables, sauce, and mustard. You like?
At Burger King Argentina you can order a Churrasquito. It's grilled over hot coals and served with cheese, lettuce, tomato, and mayo.
At select Wendy's locations in Australia, you can order a Brekky dog -- a breakfast style hot dog. GOOD MORNING to that!
Taco Bell Japan serves a shrimp and avocado burrito. This exclusive item has only been on the menu since April 2015!
Known as 'Maccas' in New Zealand, McDonald's menu there includes 3 savory pies. This one is the Mince 'N' Cheese pie stuffed with ground beef and cheese.
At Pizza Hut in Saudi Arabia you can order a seafood pizza, including shrimp, calamari, crab, and vegetables on a thin crust.
McDonald's serves porridge in Thailand!
You can order chili cheese nuggets from Burger King in Hungary. Bits of jalapeño peppers and a spicy kick.
Up Next

More from AOL.com:
Chick-fil-A says it will never bring back one favorite menu item
The best dollar menus in America
Chick-fil-A is doing something it's never done before