Your bank might soon let you withdraw cash from your phone 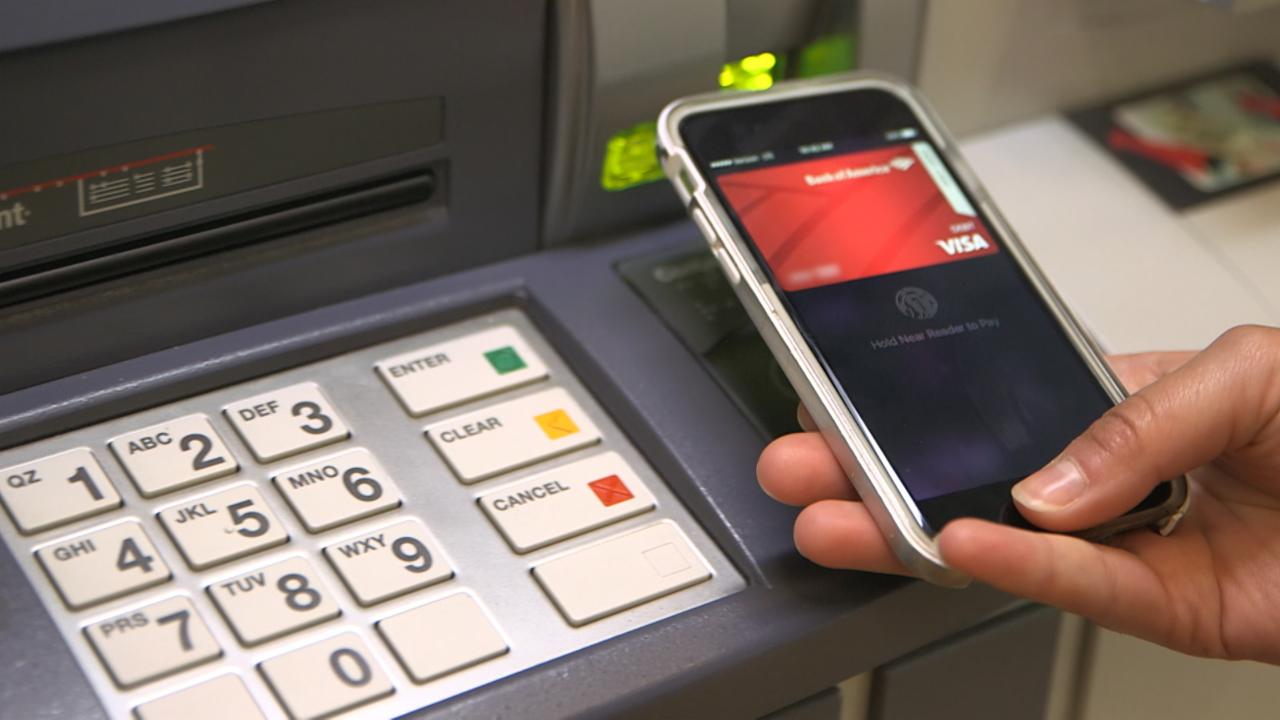 Need to make a quick cash withdrawal? You might already have an app for that.

Via new technology on major banks' mobile phone apps, there will soon be a way for customers to set up a cash withdrawal remotely and simply pick it up at the closest ATM.

It's a simple process: the customer uses their primary bank's mobile app to set up a cash withdrawal and goes to the nearest ATM that's enabled with the cardless feature. Once they get to the machine, the customer either scans a specific QR code on their screen, taps their phone to the machine or enters a one-time security code and the cash is dispensed.

The revolutionary feature is meant to both eliminate the amount of time it takes to make a withdrawal at an ATM as well as allowing customers to quickly grab cash if they don't have their debit card on them.

It's also meant to help customers feel more secure in their transactions from criminals that can steal account data via ATM transactions.

The technology is currently available in about only 0.4 percent of ATMs in the US today, but that number is expected to reach just shy of 20 percent of all ATMs by the end of 2016, thanks to research by Crone Consulting LLC.

Payment Alliance International (a major ATM provider to places like gas stations and miscellaneous convenience stores) plans to have cashless withdrawals enabled in nearly 25,000 ATMs across the country between the end of this summer and end of 2017.

Many big banks have also jumped on board with the revolutionary technology.

Bank of America announced that they will implement the cardless cash withdrawal system in nearly 5,000 of their ATM machines by 2017, and Wells Fargo & Co expecting to have around 40 percent of their ATMs enabled with the feature by the same time.

JP Morgan Chase & Co has also said that they plan to begin using the technology in late 2016.

RELATED: Easy ways to put more money in your pocket

Easy ways to put more money in your pocket

Set up your finances so that money is taken straight from your paycheck and deposited directly into your savings account or a retirement savings account. You can also set up your fixed bills like your Internet and cable to be automatically deducted from your checking account. Automate your finances to save time and prevent overspending. If you see extra money in your account, chances are you’ll find a way to spend it, leaving you little to invest in your future. Automation helps keep your priorities in line so that as money comes in, it is dispersed to your other accounts immediately.

At least twice a year, look at your expenses line by line and see if you’re getting the most bang for your buck. For example, do you read the magazines you subscribe to or maximize that gym membership? If the answer is “no,” consider canceling or negotiating a better rate. Take that money you save, and apply it toward bigger payoffs like debt reduction, retirement or an emergency fund.

Lots of people use debit cards to make it easy to buy and budget for groceries, gas and other routine purchases. Instead of doing that, look into a credit card with a great rewards program for those daily purchases, and set it up to automatically pay the statement balance from your checking account each month. Over the course of the year, you could potentially pocket a few extra hundred dollars just by using a card with a good rewards program instead of your ordinary debit card (just make sure you’re paying off your credit card every month, so you don’t pay extra in interest).

If you love your job and want to grow your career, it's time to think about boosting your income as well. Make it a goal to negotiate a raise this year. Consider your strengths and look at the value you've provided to your company over the last six months to a year, and discuss it during a performance review. This can feel intimidating, but it never hurts to ask.

Get a side gig.

Take advantage of your skills, or turn a hobby into profit. Doing so can help you generate extra income – which you can put toward reaching your financial goals. Etsy, for example, is a great place to sell one-of-a-kind products.  If you have Web design, copy editing or other creative skills, consider offering your services on freelance websites such as Fiverr or Elance. These types of side gigs will allow you to earn extra income while also growing your skills.

You can’t save money if you don't know where your money is going. Every month, track your net worth using a personal finance tool or app that will show you exactly where your money is going. This will make you think about your entire financial picture from income and expenses to investments and taxes. With this focus, you can ultimately make the greatest impact on your finances in 2015.