Stifling heat, humidity to surge into northeastern US Friday 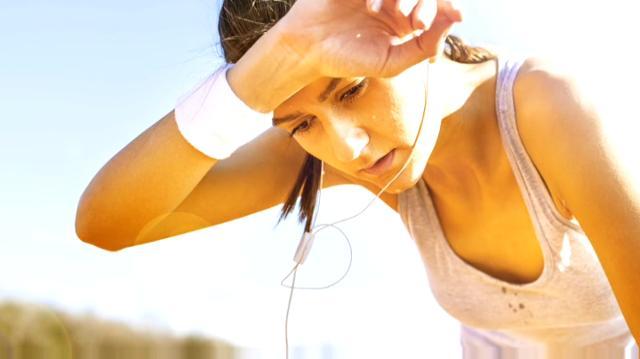 By Peter Sosnowski for AccuWeather

Some of hottest weather of the summer will affect part of the northeastern United States late in the week and into this weekend.

Oppressive heat and humidity will punch eastward across the Ohio Valley and Great Lakes on Thursday then extend toward the mid-Atlantic coast on Friday.

"Hot weather is no stranger to July, but 100-degree Fahrenheit heat in July has been relatively uncommon from Chicago to New York City so far this century," according to AccuWeather Chief Meteorologist Elliot Abrams. 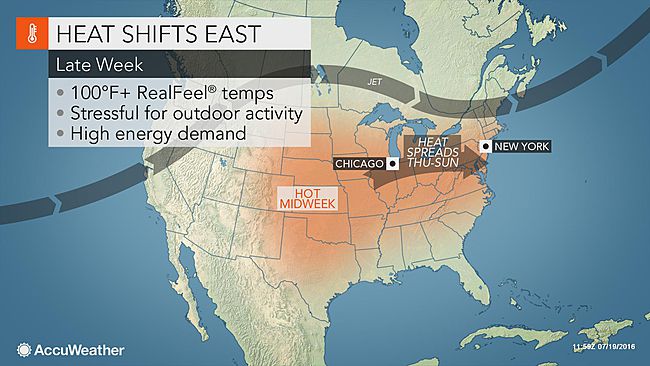 "In New York City, the only July daily heat records were set on two days in 2010 and two days in 2011, where temperatures reached or exceeded 100," Abrams said.

More from AccuWeather: Heat exhaustion vs. heatstroke: What are the warning signs and how should you react?

Patchy cloud cover and a round or two of thunderstorms will likely prevent 100-degree readings in the Northeast with the upcoming episode of heat.

The combination of extreme temperatures, high humidity, strong July sunshine and other factors will push AccuWeather RealFeel® Temperatures to dangerously high levels for some individuals. 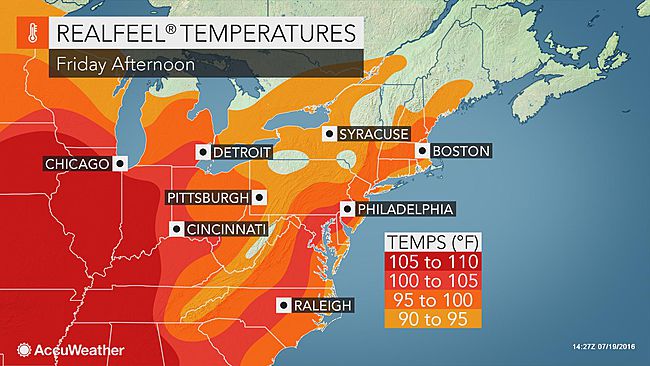 RealFeel Temperatures will range from 100 to 110 for several hours in urban areas during Friday, Saturday and Sunday in the mid-Atlantic.

Most at risk will be the elderly, young children and people with respiratory and/or cardiovascular problems. However, anyone who overdoes it in the heat can succumb to dehydration, heat exhaustion or heat stroke.

Be sure to drink plenty of non-alcoholic, non-caffeinated fluids. When possible, take breaks from the heat in the shade or air conditioning.

"While the heat will throttle back early next week, temperatures and humidity levels will probably not come down in the mid-Atlantic like earlier this summer," according to AccuWeather Lead Long-Range Meteorologist Paul Pastelok.

There will be a slight reduction in temperature and humidity levels, with the greatest drop expected in areas that will be bypassed by the most extreme heat in the first place: upstate New York and New England.

"For much of the mid-Atlantic, we are entering a long stretch of typical very warm and humid weather that will live up to the phrase 'dog days of summer,'" Pastelok said.

There is a chance of substantial cooling that reaches as far south as Virginia during early August. However, that is not a certainty this far out. The core of that cooler air may hold up over the Central states.