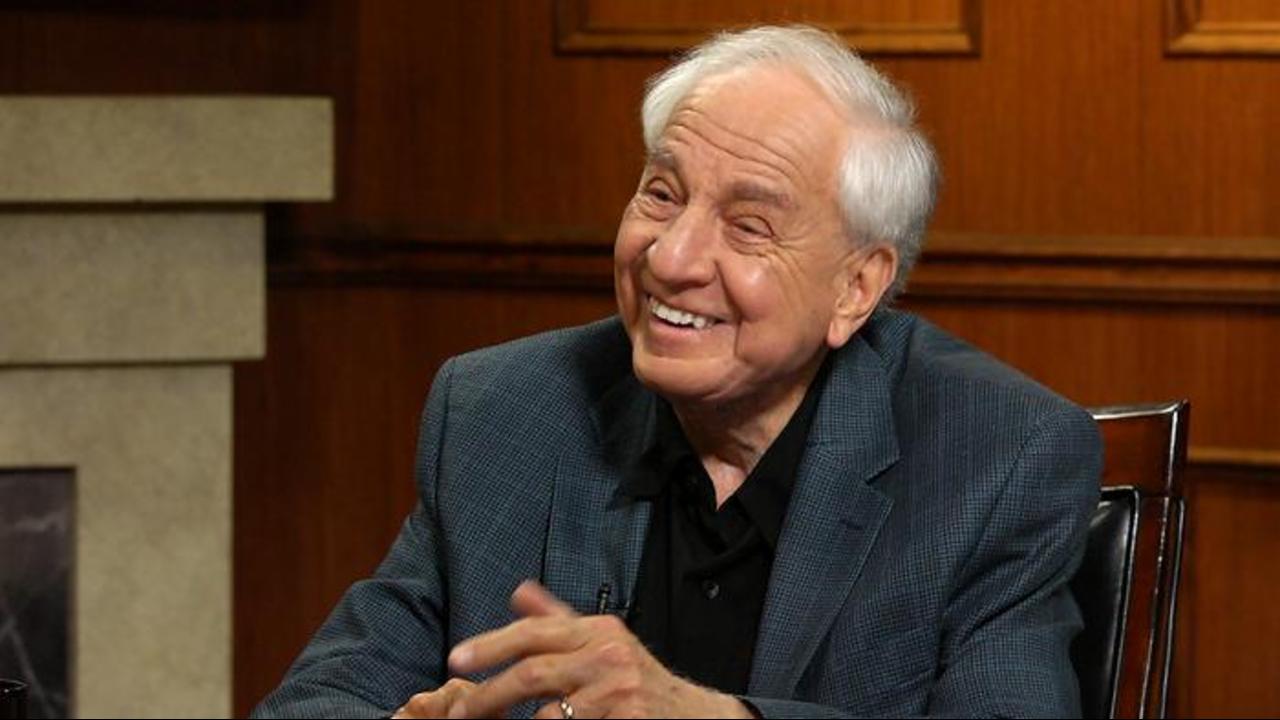 Garry Marshall, who created some of the 1970s' most iconic sitcoms including "Happy Days," "The Odd Couple," "Laverne and Shirley" and "Mork and Mindy" and went on to direct hit movies including "Pretty Woman" and "The Princess Diaries," died Tuesday. He was 81. The news was first reported by Access Hollywood.

Marshall's first big screen blockbuster was 1990's "Pretty Woman," starring Julia Roberts as a highly idealized hooker and Richard Gere as her client-cum-Prince Charming. The romantic comedy grossed $463 million worldwide. Roberts was Oscar nominated for best actress, the film was nominated for a Golden Globe for best comedy/musical — and Marshall scored a Cesar nomination as "Pretty Woman" drew a mention in the French awards' foreign-film category.

In 1970 Marshall had a substantial hit when he developed and exec produced an adaptation of Neil Simon's play "The Odd Couple" for ABC. The show drew several Emmy nominations for outstanding comedy series and wins for stars Jack Klugman and Tony Randall over the course of its five-season run. (In 2015 Marshall served as a consultant on a CBS remake of the series that starred Matthew Perry and Thomas Lennon.)

Marshall penned the 1971 pilot for "Happy Days," which was recycled in 1972 as a segment of ABC's comedy anthology series "Love, American Style" called "Love and the Happy Days." George Lucas asked to view the pilot before deciding to cast Ron Howard, who starred in it, in "American Graffiti," released in 1973.

See images of the director:

"Happy Days" debuted as a series on the network in 1974, riding high on the wave of 1950s nostalgia generated in part by the success of "American Graffiti."

During its peak, "Happy Days" was the No. 1 show on television during the 1976-77 season, No. 2 in 1977-78 and No. 4 the following year, and Henry Winkler's the Fonz became a cultural touchstone, with his leather jacket eventually landing in the Smithsonian. Years later Marshall acknowledged being the one behind the idea, for a 1977 episode, of putting Fonzie on water skis — an idea so outlandish that it spawned the phrase "jumped the shark," said in reference to a show that is clearly past its prime.

Garry Marshall shared an Emmy nomination, his fifth, in 1979 as "Mork and Mindy" drew a mention for comedy series.

He made his directorial debut in 1967 on his series "Hey, Landlord" and also helmed some episodes of "The Odd Couple," "Happy Days," "Mork and Mindy" and "Laverne and Shirley." The first feature Marshall directed was the 1982 comedy "Young Doctors in Love," essentially a spoof of "General Hospital," starring Sean Young and Michael McKean.

His second feature effort, "The Flamingo Kid," which Marshall scripted from a story by Neal Marshall, drew critical raves. Matt Dillon starred in the social comedy as a working-class kid who learns life lessons during a summer spent as a cabana boy.

"Nothing in Common" (1986) offered good moments from stars Jackie Gleason and Tom Hanks, playing father and son. Critics faulted the film's jarring tone, but the box office was decent; another modest success for Marshall came in the form of screwball comedy "Overboard," starring Goldie Hawn and Kurt Russell.

Tear-jerking chick flick "Beaches" (1988), starring Bette Midler and Barbara Hershey, scored with audiences, if not with critics, racking up a domestic gross of $57 million and a healthy afterlife on homevideo.

The director followed with the well-reviewed adaptation of Terrence McNally's play "Frankie and Johnny," starring Al Pacino and Michelle Pfeiffer; but then had a dry spell: the critical and commercial failures "Exit to Eden" and "Dear God" and the sentimental comedy "The Other Sister," a modest commercial success starring Juliette Lewis as a retarded young woman and Diane Keaton as her mother.

The worldwide gross was $309 million.

The "The Princess Diaries" and its sequel were also big hits for Marshall . The films, which made a star of Anne Hathaway, saw global grosses of $165 million and $135 million, respectively.

Marshall took on a smaller film, "Georgia Rule," and while the critics were generally unimpressed, the New York Times lauded the film, starring Jane Fonda, Lindsay Lohan and Felicity Huffman, for some surprising qualities: "Working against its maudlin impulses with lively humor, and at the same time undercutting its laughs with some hard, ugly themes, this movie is neither a standard weepie nor a comforting dramedy."

The star-packed "Valentine's Day" and sequel "New Year's Day" were more commercially successful enterprises. Another sequel, "Mother's Day," following the same formula of lining up a large cast of top names for small parts, in this case Julia Roberts, Jennifer Aniston, Kate Hudson and Jason Sudeikis, was released in April 2016.

Marshall kept it in perspective: Speaking of the critical reception to "New Year's Eve," he told the New York Times, "I got killed on the last one, but it made $146 million worldwide."

Garry Kent Maschiarelli was born in the Bronx, the son of a dance and a director of industrial films who would later become a producer on some of his son's TV programs. He graduated from Northwestern U.'s Medill School of Journalism and began his career as a joke writer for comedians including Joey Bishop, then worked on the writing staff of "The Tonight Show With Jack Paar."

Marshall also had a long acting career that began in the early 1960s. He played a hoodlum in the James Bond film "Goldfinger" and made appearances, most uncredited, in many of his film and TV projects. He had a recurring role on "Murphy Brown" as the head of the network and guested on shows ranging form "Monk" and "The Sarah Silverman Show" to "ER." His many small film roles included a part in sister Penny's "A League of Their Own" as a cheapskate baseball team owner, which he reprised in the brief TV series based on the movie. In his son Scott Marshall's 2006 comedy "Keeping Up With the Steins," Marshall had a small but notable role as the grandfather of the bar mitzvah boy who has adopted Native American customs.

Marshall also found the time for stage efforts. "Wrong Turn at Lungfish," co-written with Lowell Ganz, played L.A., Chicago and Off Broadway, and "The Roast," co-penned with Jerry Belson, played Broadway in a production helmed by Carl Reiner in 1980. Marshall also wrote the play "Shelves," and in 1997, he and his daughter Kathleen founded the Falcon Theater in Burbank. Marshall also occasionally directed opera, including stagings of Jacques Offenbach's "The Grand Duchess," which opened the Los Angeles Opera's 2005-06 season, and Donizetti's "The Elixir of Love" for the San Antonio Opera in January 2008.

Marshall received the American Comedy Awards' Creative Achievement Award in 1990, the Writers Guild of America's Valentine Davies Award in 1995, the PGA's Honorary Lifetime Membership Award and Lifetime Achievement Award in Television in 1998 and the American Cinema Editors' Golden Eddie Filmmaker of the Year Award in 2004. In 1997 he was inducted into the Academy of Television, Arts and Sciences' Hall of Fame.

Marshall's memoir "Wake Me When It's Funny," co-written with his daughter Lori and published in 1995, recounted his first 35 years in Hollywood. He wrote an additional memoir, "My Happy Days in Hollywood," in 2012. 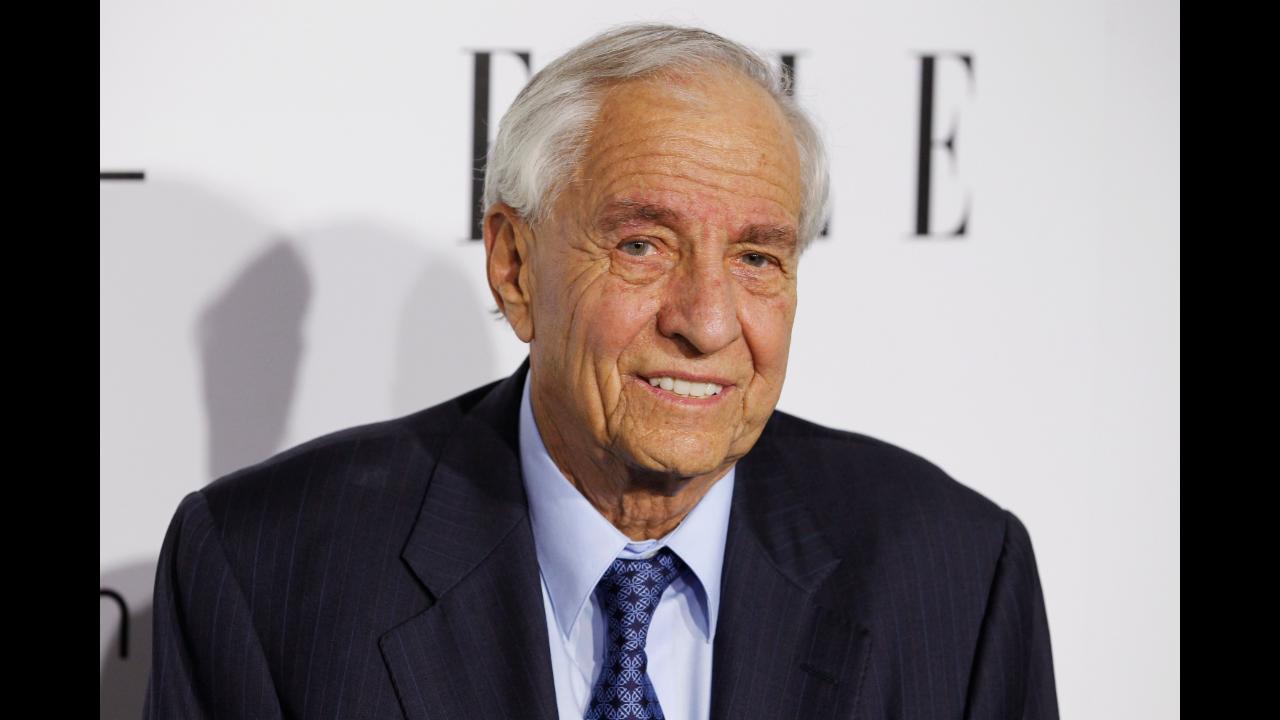