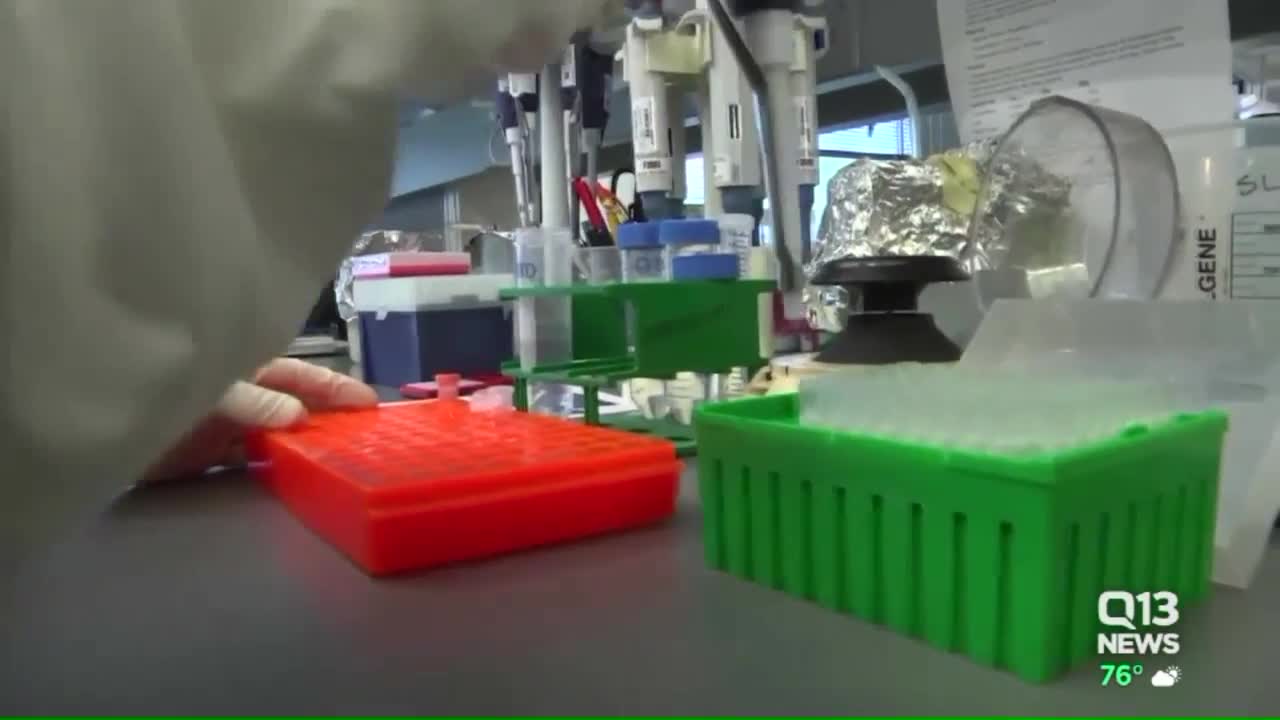 SEATTLE (KCPQ) -- Young children are at risk when it comes to heart health and it may be linked to one food product.

Kawasaki disease is an autoimmune disorder that doctors say affects about 50,000 people across the U.S., many of them children.

Like many 2-year-old, Ewan Hart is always on the move, but strenuous exercise could have been deadly if his parents had never discovered their baby boy had Kawasaki.

"He had dilation of his arteries, all these cardiological risks," Ewan's father, Ryan Hart, said.

Kawasaki disease attacks the body; it can inflame the arteries that supply the heart.

"They are called coronary arteries, these arteries will enlarge and form these sacs called aneurysms," Dr. Michael Portman with Seattle Children's said.

When Ewan got a high fever for five straight days his parents knew it wasn't just a virus so they went looking for answers.

"He had a rash on his tummy, he had red eyes, lips were shredded," Hart said.

Other signs include a strawberry tongue, swollen lymph nodes and hands.

"It can be deadly, Kawasaki is a real entity its dangerous and it needs to be treated," Portman said.

It's a mysterious disease with no determined cause yet but Portman, a pediatric cardiologist, is behind new research that shows a link between soy and Kawaski.

He surveyed 200 children with Kawasaki and a control group of 200 without the disease.

Portman says the isoflavones compound in soy products could be triggering immune cells.

Kawasaki can happen at any age but it mostly affects children 6 months to 5 years old.

All parents with young kids should keep Kawasaki in mind especially people in the Asian community. Cases are prevalent with people with roots in East Asia like Japan, Korea and China.

"I think there is a prevailing view that soy is healthy, but that's not really the case for small children we have a lot of children especially of Asian descent where their primary food is soy," Portman said.

The groundbreaking research found that infants and young children had up to 2.5 times greater chance of developing the disease if they consumed a lot of soy foods like tofu or soy formula. And children of Asian descent, the risk went up 7 to 8 times.

"You don't want to eliminate soy all together but it shouldn't be your child's primary diet," Portman said.

"When he was a toddler we gave him soy milk, but now we are giving him almond milk, coconut milk," Hart said.

Hart hopes his son's struggles will help other families who may not even realize their child has Kawasaki.

"I want to raise awareness there could be a lot of kids out there that aren't as lucky as we were," Hart said.

More from AOL.com:
Toddler fed vegan diet hospitalized for severe malnutrition and taken from parents
You can bring this teeny tiny A/C wherever you go
Thousands of 'blue people' flock to Hull City