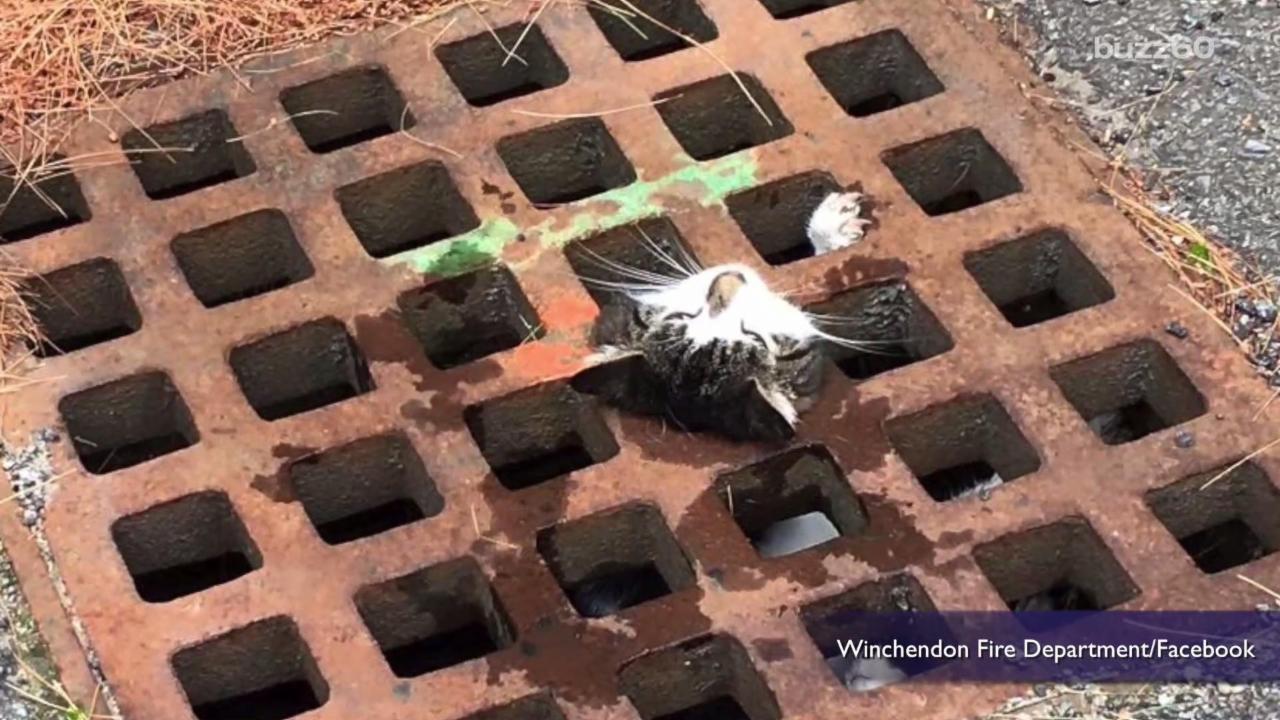 When you think of a firefighter, you typically envision heroes riding trucks, blasting fires with water and occasionally hanging out with Dalmatians.

It isn't all puppies and firefighting, though. These heroes save kitties, too!

The Wichendon fire department in Massachusetts recently made their own cat save. This cat wasn't stuck in a tree, though. That's just a cliché.

Sadly, the kitty had its head caught in a grate.

The department shared the story on their Facebook page, along with the story of what they called a very unusual animal rescue.

They said the one-year-old kitten was trying to get out of a storm drain when she got her neck stuck, and she was left hanging. When the department got to her, she was hardly breathing.

Adorable cats and kittens
A kitten sits in his enclosure at a Buddhist temple in the suburbs of Shanghai on December 3, 2015. A monk named Zhi Xiang has given shelter to some 100 stray cats and dogs at the Bao'en temple, because 'I can't see them die. I know I cannot offer them a good life here, but at least I can keep them alive', Xiang explains. (Photo credit should read JOHANNES EISELE/AFP/Getty Images)
Selkirk Rex kitten, Honey Ginger Disney owned by Mrs S Convery during The Supreme Cat Show at NEC Arena on October 24, 2015 in Birmingham, England. (Photo by Shirlaine Forrest/WireImage,)

With some quick thinking on their part, the firefighters grabbed some dishwashing liquid and massaged it onto the cat's neck after they pulled the grate off. They were able to make it slippery enough that her head slid right out!

Figures, the old saying is true: what goes up must come down, and what goes in must come out!

The cat has completely recovered, and has been reunited with her humans. Hopefully, she'll have learned her lesson about trying to squeeze through tight spots.

Then again, Winnie the Pooh never did.