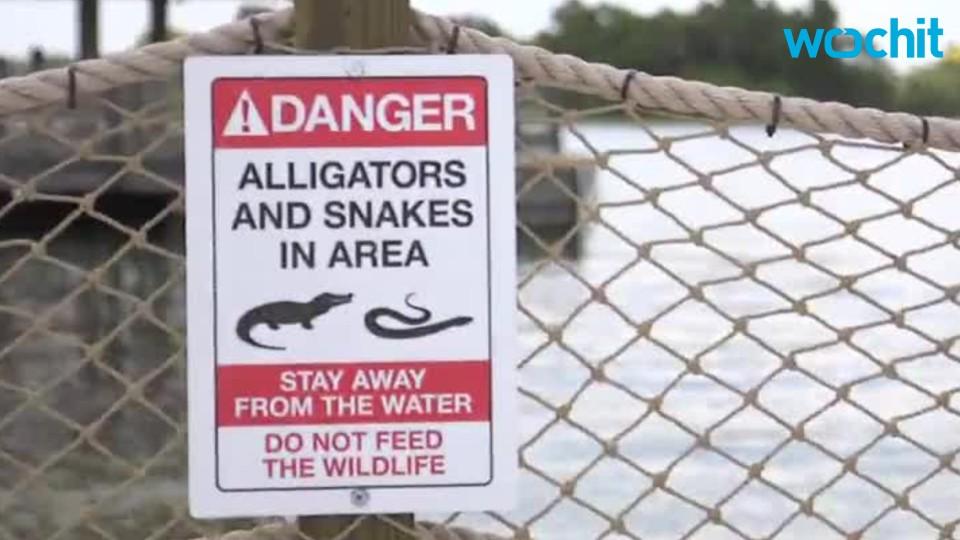 Things that happen at the Disney College Program clearly don't stay at the Disney College Program. Shannon Sullivan, a participant in the program who was assigned to work in Magic Kingdom restaurants, was fired— and then quickly rehired — after tweeting a photo of a sign that was posted in the Walt Disney World break room. The sign in question dealt with how to handle a situation if guests inquired whether there were alligators in the water around Tom Sawyer Island. (Interest has been heightened following the death of a 2-year-old boy by an alligator at a Disney resort last month.) It instructed employees to feed the answer of: "Not that we know of, but if we see one, we will call Pest Management to have them removed. Please do not say that we have seen them before."

The sign was soon removed by Disney from the break room, which the company "had not authorized" to be posted. "I was very offended by it and I was pretty vocal about it," Sullivan said. "At this point it became my morals and my integrity and what I believe in. I thought if I lose my job because of that, it's worth it to me." Shortly after the tweet was posted a manager confronted Sullivan and fired her, and she was escorted from the park. However, following the Orlando Sentinel inquiring about the termination, Magic Kingdom Vice President Dan Cockerell personally visited Sullivan and offered her position back, which she accepted.