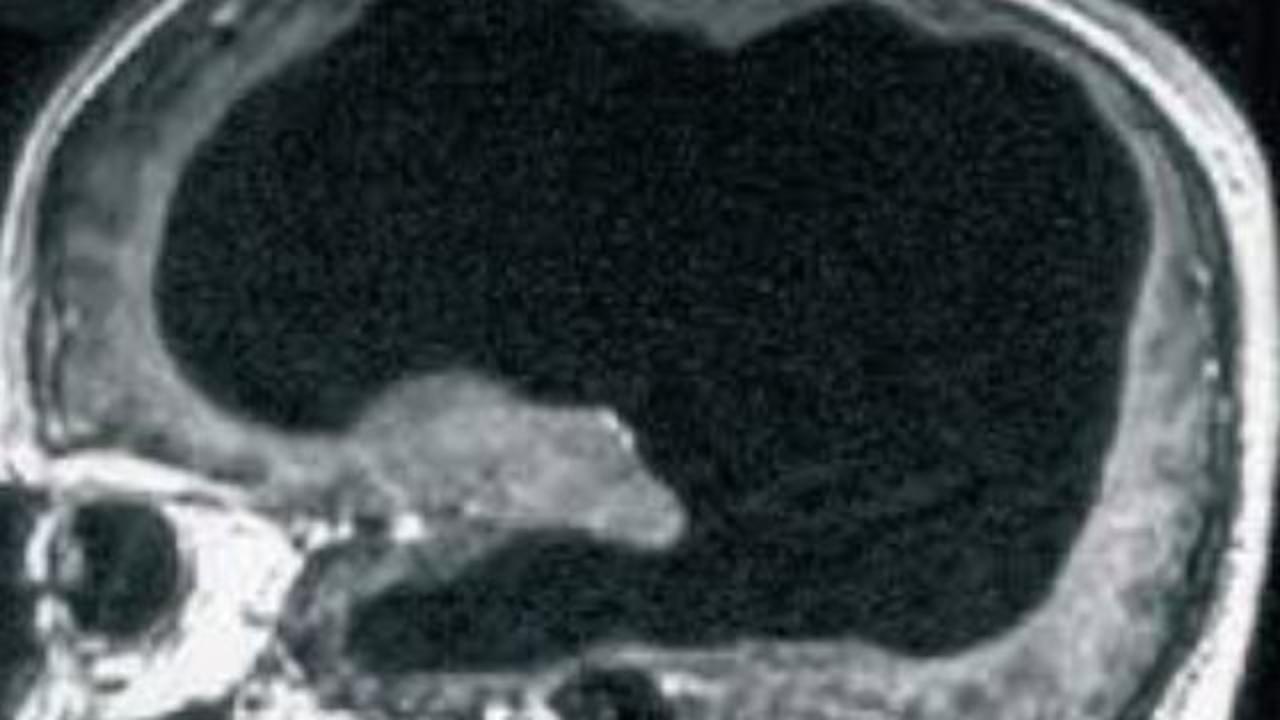 A man in France continues to puzzle scientists nearly a decade after he was found to be living with just 10 percent of a typical human brain.

His case was originally published in The Lancet journal in 2007 but was presented last month at the Association for the Scientific Study of Consciousness conference in Buenos Aires.

At the time of the original study, the patient was a 44-year-old man who had been experiencing weakness in his left leg.

After examining him, doctors found that about 90 percent of his neurons had eroded, with fluid filling the bulk of his skull, notes Quartz.

They believe the condition likely occurred as a result of a related brain disorder called hydrocephalus which he had as an infant.

Despite the reduced brain matter, the man lived a relatively normal life; he was a married civil servant with two kids. He also scored an IQ of 75 which is considered low but not disabled.

At the recent conference, cognitive psychologist Axel Cleeremans argued that the rare case shows just how adaptable the brain can be even with an injury.

CBC notes Cleeremans sees this case as "a medical miracle — but also a major challenge to theories about consciousness."

Cleeremans claims that "...the brain is continually and unconsciously learning to re-describe its own activity to itself, and these descriptions form the basis of conscious experience."

More from AOL.com:
Hilarious 'Veep' deleted scene shows team must find votes - in any way possible
How wealthy is Tony Robbins?
Suicide now the leading cause of death for children in Utah