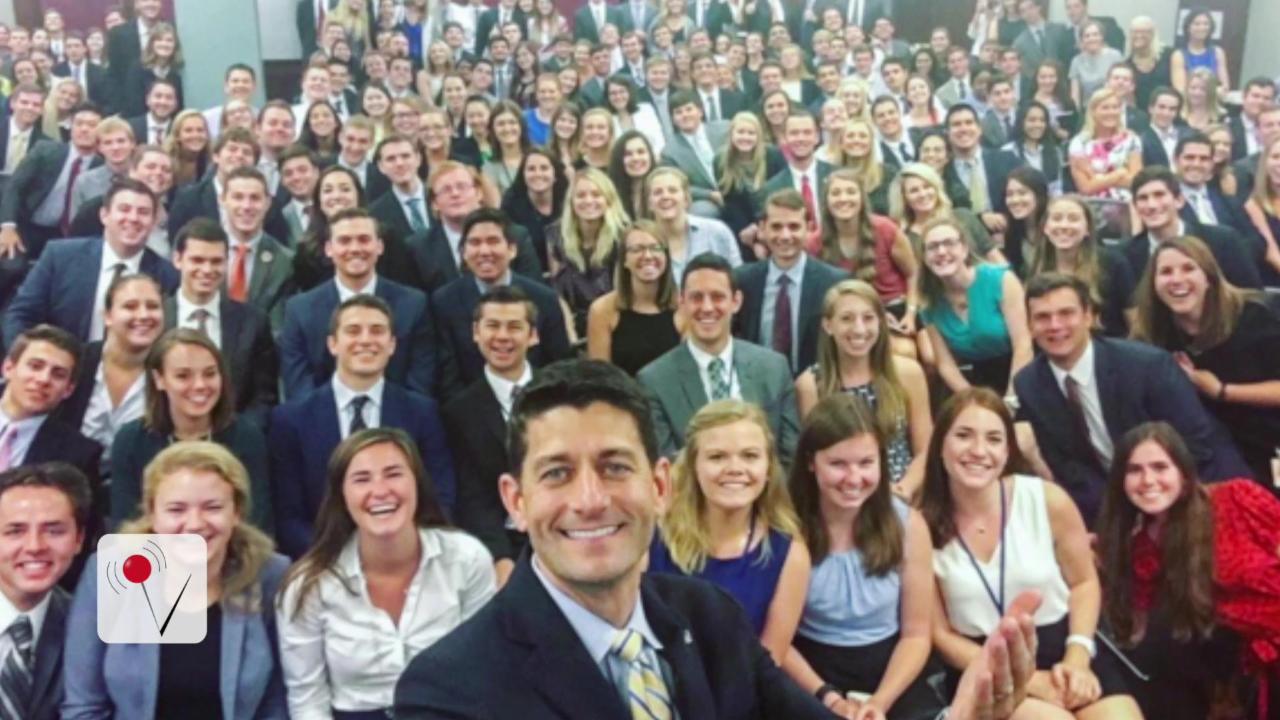 There's one thing the interns of Capitol Hill have in common, judging by this photo.

On Saturday, House Speaker Paul Ryan snapped a selfie with a large — and largely homogenous — pool of Capitol Hill interns and posted it to Instagram. In light of the picture's racial makeup, his caption struck many users as somewhat tone deaf.

"I think this sets a record for the most number of #CapitolHill interns in a single selfie. #SpeakerSelfie," Ryan captioned the photo.

RELATED: Paul Ryan throughout his career

The highest number of interns in a single frame wasn't the photo's only feat, as commenters were quick to point out.

"And it's a new record for most white people in one photo!" one Instagram user said.

Unfortunately, the photo reflects the very white reality of Capitol Hill: A study released by the Joint Center for Political and Economic Studies in December 2015 found that people of color made up just 7.1% of senior Senate staff, whereas they comprise 36% of the larger U.S. population.

A number of initiatives exist to attract a diverse intern base, but as this photo suggests, government has a long way to go before its members look like the people they represent.

Read more:
• Paul Ryan Blasts Donald Trump Over White Supremacist Star of David Tweet
• It Only Took 24 Hours for Republican Lawmakers to Betray Their Hypocrisy on Tolerance
• 6 Republicans Who Called Donald Trump a Bigot — Then Agreed to Support Him Anyway

RELATED: Reactions to Paul Ryan as House speaker in October