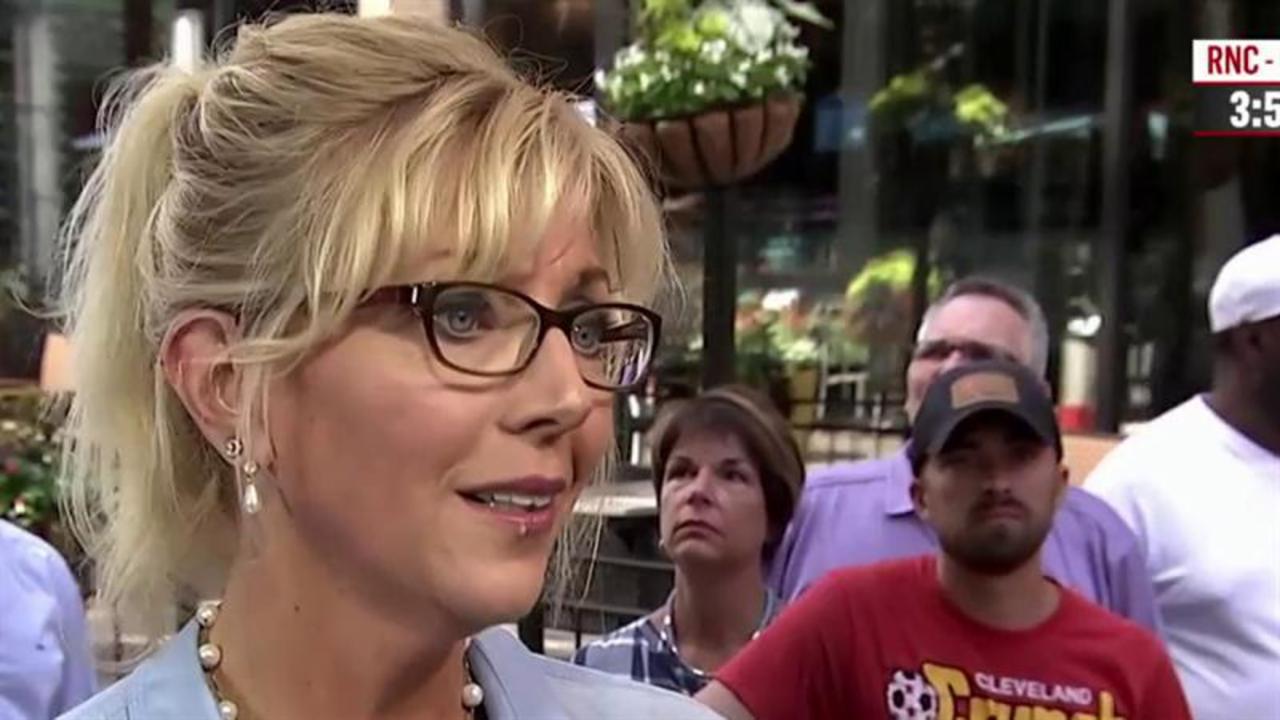 Leaders from several different groups planning to demonstrate at next week's Republican National Convention joined forces to call for peaceful protests in Cleveland.

"We want all of our messages to be heard, we respect each other's rights, " Ralph King, the an organizer of a pro-Trump demonstration says in a video released Friday morning, but first obtained by NBC News.

The amateur video features organizers of three of the largest protests planned next week. The individuals — of different party affiliations, races, religions — stand together in downtown Cleveland and make statements, each calling for peace.

U.S. Senator Marco Rubio (R - FL.) has said he won't speak on behalf of Donald Trump at the convention, but has been added to Wednesday's primetime speaker list.

Ohio Governor John Kasich has attended the convention, but not at main stage events.

Sen. John Cornyn (R-Texas) is reportedly refusing to speak at the GOP convention.

"We believe that the Republican party has the right to a safe and peaceful space in which to hold a convention," Christina Stehouwer of an anti-Trump protest says, while standing next to King.

Stehouwer's group, "Stand Together Against Trump," calls for thousands to march Thursday, the night the presumptive nominee is expect to accept the republican nomination.

"We're saying that we don't want any incident that will scourge the city," Imam Paul Hassan, who is participating a march to "End Poverty Now," declares.

The video ends with the group of three extending their arms, smiling and clasping hands.

Next week, tens of thousands are expected to flock to Cleveland as the Republican party officially selects its presidential nominee. Groups ranging from "Bikers for Trump" to the "Coalition to Stop Trump and March on the RNC" have promised to bring thousands to support their cause on the convention's opening day alone.

Over 50 groups and individuals have applied for permits allowing them to march or protest during the convention, with others planning to demonstrate without.

King, who is also a Cleveland Tea Party leader, coordinated the call for peace from rival groups. He planned Monday's "America First Unity Rally" in support of Donald Trump and told NBC News, "We welcome everybody and we want people to come into our town."

His event advertises conservative leaders including Roger Stone and Alex Jones, and expects to draw over 1,500 people celebrating Trump's likely nomination, to the city Monday.

However, last week, King says he saw highly publicized shootings divide people along political, racial, and socioeconomic lines. He told NBC News, he wanted to do his part to keep the peace in his hometown next week.

"In light of the tragic shootings on both ends — with the African Americans killed, and the officers in Dallas killed, everyone's on high alert," he said. "There were already questions on was there going to be violence to begin with, so that now has everyone on edge too, and rightfully so," King added.

This led him to reach out Larry Bresler of the dueling "Organize Ohio" demonstration, planned the same Monday. Organize Ohio, predicts it will draw up to 5,000 in its "March of Economic Justice" to "End Poverty Now!"

In addition to encouraging safety, King's plan to unity forces in a video was about messaging.

"All of our messages get lost whenever there's any type of violence," King says in the video.

In a Wednesday briefing, Mayor Frank Jackson told reporters he wanted to "allow for constitutional rights," of protesters, but added there must be a "clear understanding that doesn't allow you to tear up the place or harm anybody."

Around 5,000 officers will help to secure the city during the convention. These organizers are trying partners in that effort to keep the peace in their hometown.