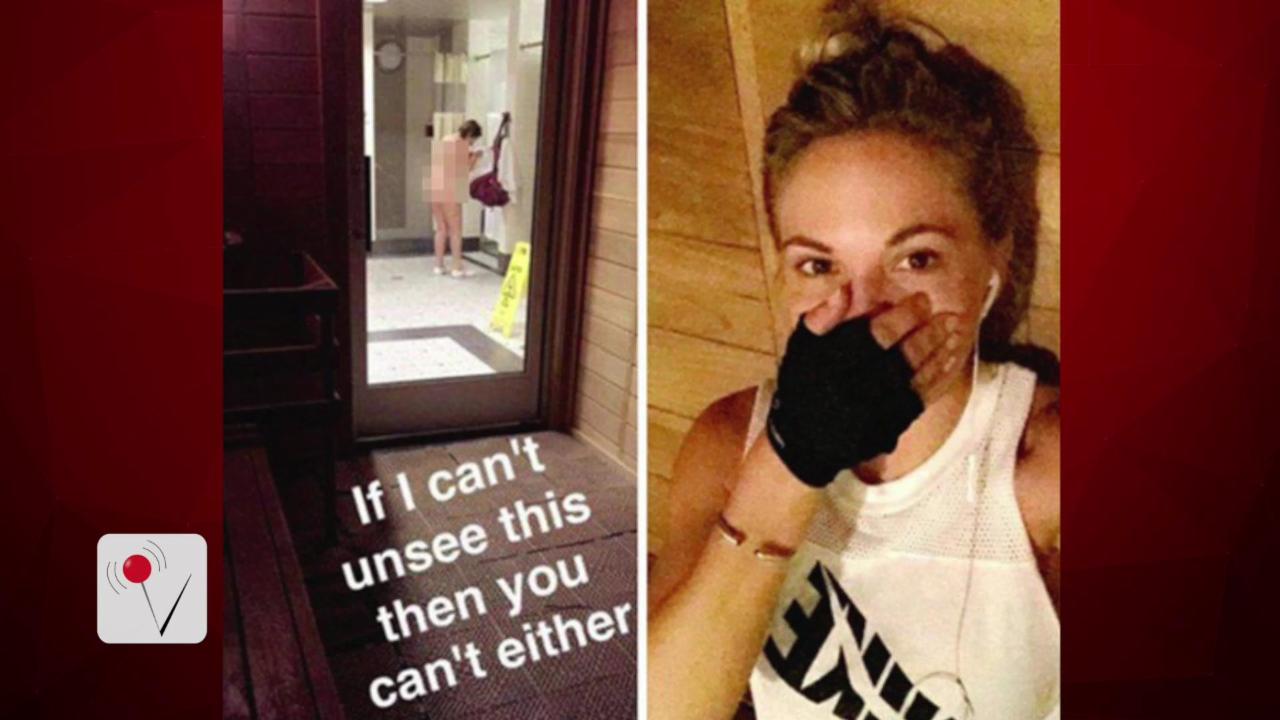 Playboy Playmate Dani Mathers has lost her gym membership and her radio gig over a photo she surreptitiously snapped of a woman showering. And now, it turns out, she could end up facing jail time.

The Los Angeles Police Department told TheWrap on Friday that it is currently investigating the photo incident.

Because the case involves a private image, the LAPD had no further comment, though the spokesperson did say that the potential crime would be the dissemination of private images.

It would be up to the city attorney to determine how much time Mathers would face, the spokesperson said

As previously reported, Mathers came under heavy fire on social media for posting a photo of a woman showering at an L.A. Fitness gym on Snapchat, along with the caption, "If I can't unsee this you can't either."

L.A. Fitness called Mathers' behavior "appalling," banned her from the gym and notified the police.

Playboy model sparks fury over locker room photo
Up Next

Mathers was also let go from Los Angeles radio station KLOS, where she appeared as a regular on the "Heidi & Frank" morning show.

"We are aware of the issues surrounding Ms. Mathers' recent Snapchat, and do not condone such actions or messages," a spokesperson for KLOS parent company Cumulus Media told TheWrap in a statement. "Ms. Mathers served as an independent contractor for KLOS, and all of her scheduled on-air segments and appearances have been cancelled."