Veteran coughs up $15,000 to thief impersonating his grandson 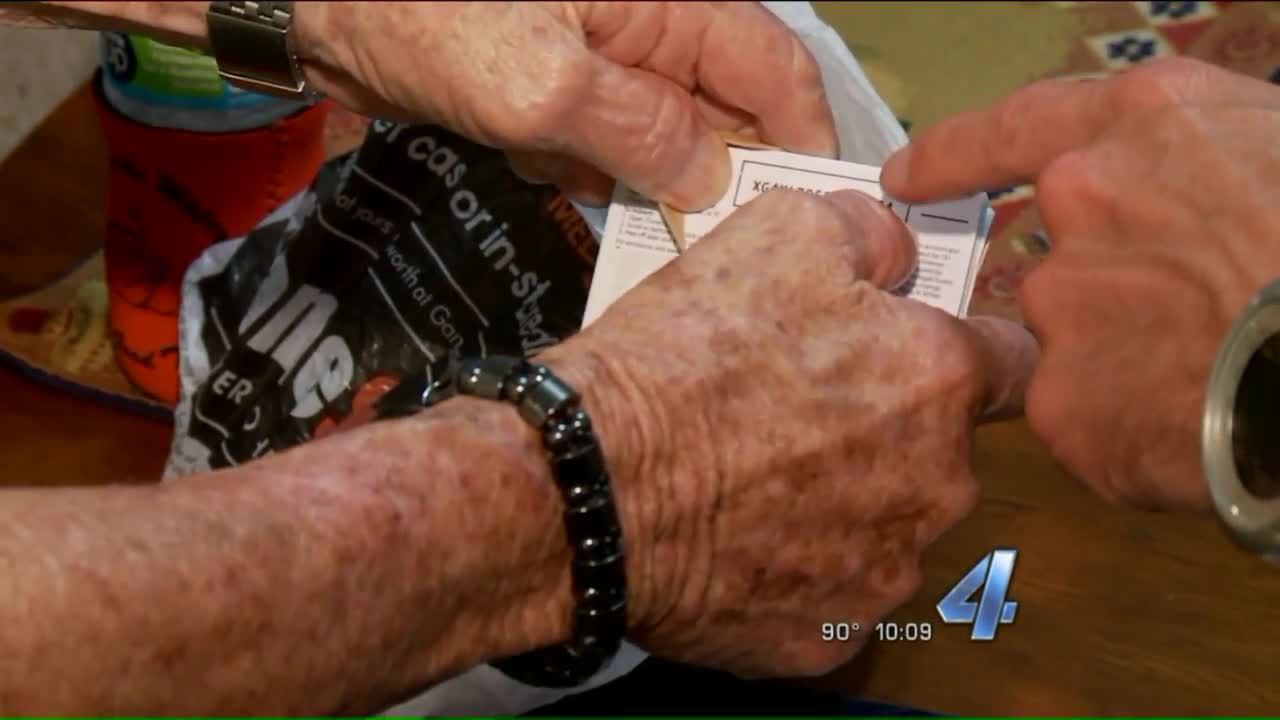 88-year-old, Chuck, asked us not to use his real first and last name.

Chuck, an Air Force Vet, was just finishing up breakfast when he got a phone call.

The guy pretending to be his grandson called to say he and his friend were in jail in Las Vegas and in desperate need of bail money to get home.

That's when a second person got on the phone impersonating a police officer.

He convinced Chuck to go to a local Gamestop store to load money on iTunes gift cards.

Chuck spent three days driving to Gamestop locations around town, one in the Quail Springs area and the other near Penn Square.

After each purchase he waited for the scammer to call for the 16-digit code on the back, which is like giving someone cash.

Chuck's son, Chuck Jr., feels bitter and wonders if the clerks who sold his dad the cards could have done more.

A Gamestop spokesperson tells the In Your Corner team the Gamestop employees who sold chuck the cards did question chuck about the high dollar purchase. That's company procedure.

Still they are trying to help and while the gift card codes have been redeemed, they have contacted the gift card vendor to explore options that could help the customer resolve the issue.

Chuck's cash though is long gone and really difficult to track because the scammers are outside of the U.S.

Those stolen card codes are probably being sold on the black market.

Chuck and is family are hoping for some sort of reimbursement from Gamestop.

Most of all though he's grateful his grandson, Josh, is safe and sound.

In fact he was home all along.

The In Your Corner bottom line:

If you're not shopping at the iTunes store you shouldn't be paying with an iTunes card. Scammers will also ask for other prepaid debit cards and gift cards. The Amazon card is a popular one.

More from AOL.com:
The best deals on Amazon Prime Day
Amanda Steele reveals the 'craziest experience' she's ever had
Budget better: 11 travel expenses that are always worth the splurge