Paying it forward one $100 bill at a time: Mystery donor leaves Benjamins all over Oregon city 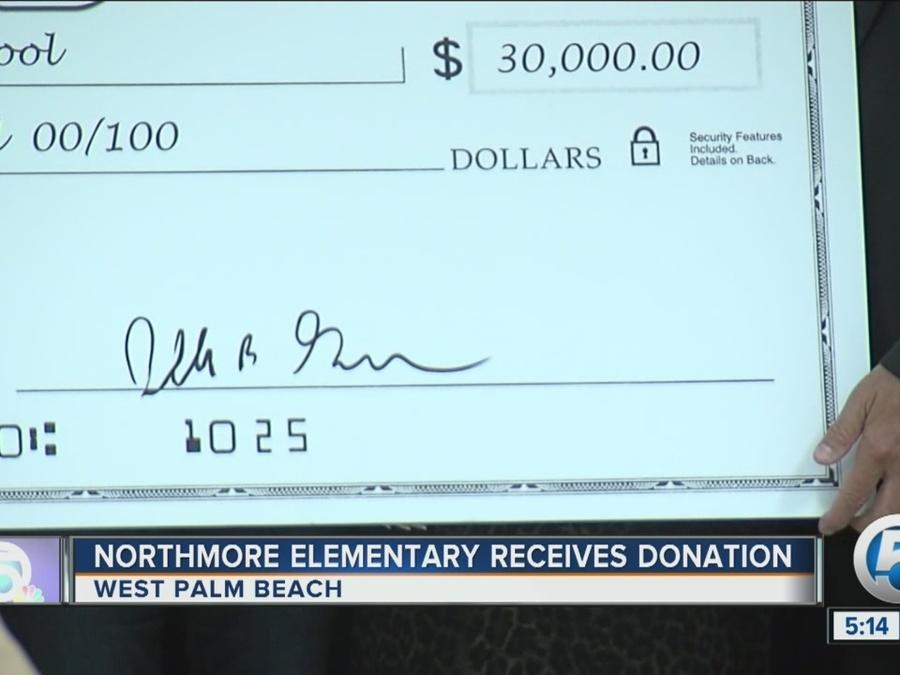 A mysterious do-gooder in Oregon has been hiding $100 bills inside everyday products such as disposable diapers and toilet paper.

"Benny" has become a local legend in the northwest city of Salem, where the anonymous gifts have been turning up for the last three years, prompting citizens to keep the bills as mementos and pay it forward with their own money.

The cash first started appearing in May 2013, stuck inside various products at local grocery stores and slipped under items at craft fairs, arts festivals and Cub Scout fundraisers.

The bills have found their way into tip jars, under the storage basket of a stroller, through cracked windows of parked cars and onto grocery store shelves.

A local newspaper columnist christened the mysterious philanthropist "Benny" because Benjamin Franklin's image is on the $100 bill.

Then, when others started taking credit for the donations, the donor started signing "Benny" on the lower right corner of the bills.

$1 billion donations in the last decade

Buffett pledged in 2006 to gradually give away all of his Berkshire Hathaway stock, which represented more than 99 percent of his roughly $44 billion fortune at the time. Buffett biggest donations are going to the Bill & Melinda Gates Foundation and four other foundations. The value of Buffett's gifts has grown with Berkshire's stock price.

Buffett increased his pledges to three foundations his children run in 2012.

(Photo by: David A. Grogan/CNBC/NBCU Photo Bank via Getty Images)

Leona Helmsley, who made her fortune in hotels and other real estate, donated an estimated $5.2 billion to charitable trust after her death in 2007.

Zuckerberg donated $1.5 billion to the Silicon Valley Community Foundation in 2012 and 2013.

"Benny" has hidden more than $50,000 so far, according to Capi Lynn of the Statesman Journal, who keeps a spreadsheet of Benny drops and has been writing about the secret gifts since they first started appearing.

The bills have helped a homeless couple sleep in a warm bed for a few nights, put food on the table of those in need and helped a struggling new widow who was waiting for her husband's Social Security payments to kick in.

But they've also ignited a cult of compassion in Salem among those who have been "Benny'ed."

A woman who found a bill donated it to the Union Gospel Mission, according to the paper. Another recipient gave the $100 to a pharmacy to help those who can't pay for their prescriptions.

More than half of those who reported finding a bill said they had paid it forward by giving it to a charity or someone in need.

"The bills are so cherished by some finders that they are keeping them as mementos," Lyn wrote in Thursday's paper. "They're still paying it forward, but with their own cash or check.

"It's a reminder, they say, to give and be like Benny."

More from Inside Edition:
45 Years After Plane Hijacking, Mysterious Case of D.B. Cooper Is Shut Down With No Credible Leads
87-Year-Old Man Carves Cathedral For Wife With Alzheimer's To Evoke Memories of Their Younger Years
Rookie Ambulance Driver Taking Gunshot Victim To Hospital Gets Lost, Patient Dies