How I turned a $15 article into a 7-figure income 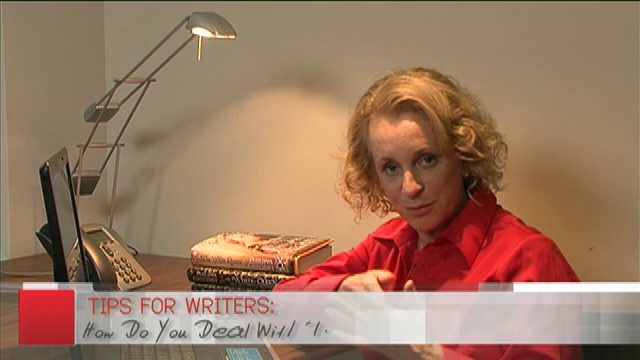 In 2013, my article "13 Things Mentally Strong People Don't Do" was read by millions of people in just a couple of days. Then, Forbes.com reran my list and it became their most viral article of all time, with another 10 million views.

At least 30 million people read my article, and I knew that going viral on a global scale was a once in a lifetime opportunity. I had to find a way to keep my audience engaged.

But I wasn't even a "real" writer. I was a psychotherapist and a college psychology instructor. I'd only started writing articles as a way to earn extra income after my husband passed away.

More From Inc.com: 13 Secret Ways Body Language Can Help You Land the Job

I was thrilled so many people around the world were interested in mental strength. But I also knew my article would fade from the limelight, and regaining readers' interest was going to be a major feat.

Here's how I turned that viral article into a viable business:

To say I was unprepared for the viral superstorm is an understatement. I had a bare bones website and scarce social-media presence.

So while it was tempting to sit back and watch my article spread like wildfire (every time I refreshed the screen it was read 10,000 more times), there wasn't any time to waste. My inbox was flooded with questions, comments, and interview requests, and I had to hustle.

In addition to updating my Web presence, I also had to get some professional headshots taken. Forbes requested a photo of me and I had to choose between a selfie and a wedding photo.

I opted for a cropped wedding photo, which wasn't the most professional looking picture in the world but it did the trick until I was able to get some headshots taken with a photographer.

2. I started to build a platform.

Mental strength was something I talked about in my therapy office on a regular basis, but this was the first article I'd written on the subject. But clearly, people wanted to know more.

I contacted the influencers who were sharing my article. Reaching out to the Olympic athletes, political figures, and celebrities who were helping me spread the word on social media helped me grow my almost-nonexistent social-media presence.

3. I turned my article into a book.

I never set out to write a book. But in the midst of the viral sensation, a literary agent called me and suggested I write one.

I spent the next few weeks working almost nonstop to get my proposal together so my literary agent could submit my idea to publishers. Within about six weeks of writing the article, I had a book deal with one of the world's largest publishers.

I devoted the next few months to turning my 600-word article into a full-length manuscript. For the first time, I shared my personal story behind why I wrote the article in the first place, and I expanded upon the exercises that build mental strength. Within a year, my book, also called 13 Things Mentally Strong People Don't Do, went on sale.

As a social worker, I've given talks to small groups on issues like domestic violence or how to recognize the symptoms of ADHD in children. But I'd never been on a big stage in front of hundreds--or thousands--of people.

So I hired a speaking coach and got to work learning as much as I could about the speaking industry. I started landing speaking engagements well before my book hit the shelves.

I gave a TEDx Talk and I continue to speak to corporations, athletes, and various conventions about how to build mental strength.

More From Inc.com: Why Constant Learners All Embrace the 5-Hour Rule

5. I created an online course.

I started receiving requests from individuals who were interested in hiring me for private coaching. But there are only so many hours in the day. I knew I couldn't scale my business by providing individual one-on-one services.

So I created the Mental Strength eCourse. When people ask for my services, I offer my online course as an affordable alternative to individual coaching. They can learn the same skills I'd teach them one-on-one, in an online interactive format.

6. I began consulting with businesses.

The same skills that I had been teaching people in my therapy office can easily be applied to organizations as a whole. So I started to provide training and consultation to businesses that are interested in helping their employees gain mental strength. My experience has ranged from helping government organizations improve morale to assisting salespeople in conquering their fear of rejection.

7. I give media interviews.

It's easy to attract media attention in the midst of a viral firestorm. But it's harder to attract their attention after the buzz dies down.

I worked hard to find relevant news angles that address mental strength. I participated in as many podcast, radio, and TV interviews as possible.

One opportunity often led to the next, and I received a variety of interesting requests. Time asked me to create a quiz about mental strength, Red Bull invited me to appear in a forthcoming documentary, and Parade magazine asked me to write an article about resilience.

In the year and half since my book hit the shelves, I've worked hard to market it. My goal was to sell enough copies that my publisher would agree to another book deal.

My viral article taught me that you need to listen to your audience. They'll tell you what they want. And one of the biggest questions I kept getting from readers was, "How do we teach kids about mental strength?"

So I approached my agent, and then my publisher, earlier this year to ask what they thought about a parenting book on mental strength. They were on board with the idea and gave me a second book deal. My next book will hit the shelves in 2017.

9. I turn down good opportunities.

At first, I wanted to say yes to every opportunity that came my way. But every time I said yes to one opportunity, I was saying no to something else.

More From Inc.com: Want to Be Happier? Science Says Do These 11 Things Every Single Day

So I had to become very intentional about which opportunities I accepted. Sometimes I had to turn down lucrative assignments because they weren't in line with my long-term goals.

I never imagined that the article that I was originally paid $15 for would turn into a seven-figure income. But, as we've seen with the Chewbacca Mom, you never know what might go viral.

I hope my story gives hope to other content creators who want to reach a massive audience. One viral article or video could change your life if you're ready to capitalize on the opportunity.

RELATED: The best jobs if you love to write

More on AOL.com:
The 3 Biggest Benefits of Building Mental Strength
5 Effective Ways to Respond to Backhanded Compliments
5 Reasons Some People Insist on Telling You Every Detail of Their Personal Lives