Here's the definitive, science-approved list of the most difficult sex acts in music 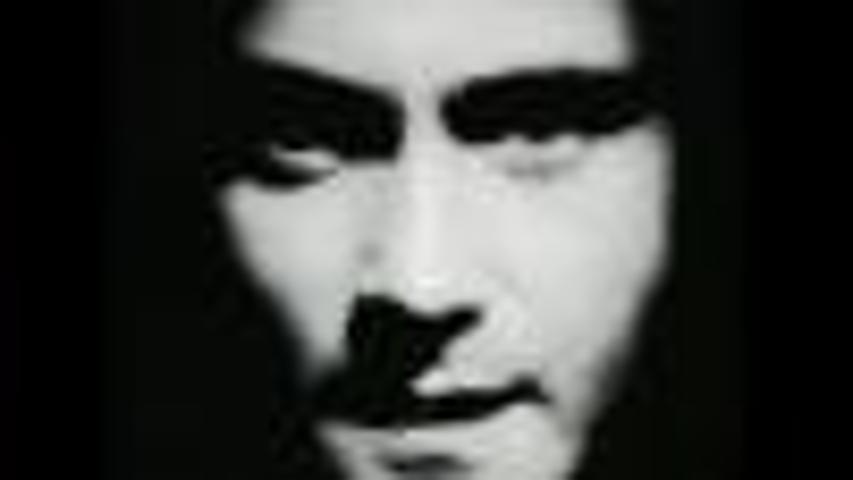 It's time to call bullshit.

Yes, music is full of sexually suggestive missives, coy repartee and downright lascivious references. But when you dig through the annals of musical sexuality, most of the acts suggested are exceptionally vanilla. Even some of the steamiest songs of the last couple years feature moves that just aren't logistically complicated.

It's the physically demanding and complex moves that deserve attention. They require strength, ingenuity and, occasionally, aliens.

So here are some explicit lyrics ranked by difficulty and impossibility. All you have to do is interpret lines like "How I make a Sprite can disappear in my mouth" 100% literally.

"What's Your Fantasy" by Ludacris

Sample lyric: "I wanna li-li-li-lick you from your head to your toes"

This one is actually feasible. It would just take all day. Luda wouldn't get to the rest of the sex acts he lists in the song, which also include the highly improbable task of having sex on a horse.

Of course, weed-induced dry mouth could complicate things. The frequency with which Ludacris raps about marijuana would imply he experiences frequent cottonmouth, which happens when your parasympathetic nervous system doesn't send the "produce saliva" message to your submandibular glands. So in this case, producing enough saliva to lick an entire woman sounds both dubious and painful.

Sample lyric: "Tits out, pants down/ Overnight to London"

Joining the red-eye international-flight mile-high club will leave you sleepy, uncomfortable and more than a little jet-lagged. "Dead Disco" is less logistically complicated than spiritually trying. That said, there are a couple ways sex on an overnight flight to the U.K. would work. If you have a whole row alone with your partner, cover up with a blanket for some steady, non-explosive missionary. Or, since it's an international flight and most of the attendants will take a sleeping break, wait until the lights go out and sneak off to the bathroom. Then that's just sink sex, and the complications only present themselves to people with big height differences.

"Pussy Got Ya Hooked" by Three 6 Mafia, featuring Remy Ma

Sample lyric: "Name any piece of furniture in ya crib and I can guarantee we fuck on that"

This song could either be the most vanilla or most complicated, depending on the furniture in Remy Ma's house. If he has simple sofas, tables and beds, the claim is tame. But if his furnishings are exclusively aquariums and, like, recording equipment, Remy Ma might be the most adventurous fornicator of the bunch.

Sample lyric: "I got 1,000 hugs and kisses for you when you come back home, baby"

This is like when you had to run drills in basketball practice. The movements are super-easy, but when you do 1,000 of them, it's fucking difficult. Unless you're Prince.

Let's say a good, solid "come back home, baby" kiss takes 7 seconds. We're going to say a welcome-home hug is 8 seconds — double the length of a friend hug, which I clocked at 3.92 seconds.

And we haven't even gotten to any actual sex yet. It's doable, sure, but more than 4 hours of sub-foreplay is asking a lot.

Sample lyric: "Maybe it's time to put this pussy on your sideburns"

The difficulty with Minaj's "Bedrock" opener isn't so much that putting her vagina on the side of a man's head is hard. It's turning the act into a sexually gratifying experience that takes real ingenuity.

Sample lyric: "Let me show you what I'm all about/ How I make a Sprite can disappear in my mouth"

A Coke can is 4.75 inches tall with a circumference of about 8 inches, and it can hold 12 ounces of liquid. The average mouth can hold about 5.57 ounces of liquid, not counting the can (according to Ars Technica user venzann).

The maximum mouth opening is 48 millimeters, or three fingers between low and upper front teeth. A soda can is 2.5 inches, or 63.5 millimeters, at its widest point. That's over a half-inch difference.

Lil' Kim would need to be a Burmese python — or any snake that has a stretchy ligament between two separate lower jaw bones — to execute the Sprite-can swallow.

Sample lyric: "My head's spinning around/ I can't see clear no more"

The average human's neck just isn't that flexible. That's what made the head-spinning scene in The Exorcist so scary — because we're normally only used to seeing heads turn 60 to 80 degrees, the head and neck's average range of rotation.

To achieve what Goulding's talking about, she'd have to have the same morphological adaptations as an owl. They allow the animals to turn their heads 270 degrees (so no, owls can't turn their heads 360 degrees) without passing out from stroke.

The second part of that lyric also says Goulding "can't see clear no more," implying that she isn't getting enough blood to her brain and optical nerves. Her body clearly has more adapting to do.

Smyth's move requires reverse-birthing and then executing a "dab," a dance move that involves burying your eyes in your elbow pit on one arm, then extending the opposite arm outward.

The difficulty of this move clearly depends on the depth of the dab, then. It could be that B. Smyth is simply putting his fingertips inside his partner, then dabbing beside her. That's easy. If you take his line literally and assume he's executing the move inside his partner, it gets more complicated.

Smyth is 6 feet 3 inchestall. Let's say his arm span is also about 75 inches, minus 20 inches for the area of one arm from his elbow to his fingertips (we lose this extra length when we dab — see Betty White for reference). The average vagina is about... you know what, let's stop here. This is silly. In no world would a 6-foot-3-inch rapper fully execute a dab within a vagina.

Plus, later in the song Smyth also claims to drive into a vagina and leave the engine running, which is both mechanically suspect and bad for the environment.

Sample lyric: "You're so supersonic/ Wanna feel your powers/ Stun me with your lasers"

Perry wants her mate to move at supersonic speed — or roughly 768 miles per hour — four times faster than a race car, according to NASA. That'd be tough. Usain Bolt, the record-holder for world's fastest runner, clocked 28 miles per hour in the 100-meter dash. A study from 2010 in the Journal of Applied Physiology estimated it may be biologically possible for humans to run at 35 to 40 miles per hour.

So even at the height of human possibility, Perry's alleged lover is still 19 times faster than the fastest possible movement speed. And that speed would ostensibly be applied during sex. No dice.

OK, so Michael's penis is bigger than a tower. But Minaj isn't talking about the Eiffel Tower, which is 986 feet tall. Let's cut Michael some slack and say Minaj is talking about the Leaning Tower of Pisa, which stands about 186 feet tall and 52 feet in diameter — or a radius of 26 feet — at its base. Let's say the tower is a perfect cylinder. Given our estimated dimensions, a penis the size of the Leaning Tower of Pisa can hold roughly 6,438 liters, or around 1,700 gallons, of blood. For comparison, the blood volume in an average erection (5.16 inches) is 130 milliliters, or 0.034 gallons.

Quick caveat: A penis isn't just a tube of blood. The corpora cavernosa, the pair of spongy erectile tissue regions in the penis, account for most of the erection's blood volume. But there's no way to calculate how large the tower-sized cavernosa would be.

The body of an average 180-pound man can hold about 5.5 liters, or 1.5 gallons. With that in mind, it would take the blood of more than 1,130 men to completely fill Michael's tower-sized penis. Never mind the logistics of fitting something that large into another person — the blood alone would be impossible to attain.