Driver says sunroof suddenly 'exploded' on her while driving 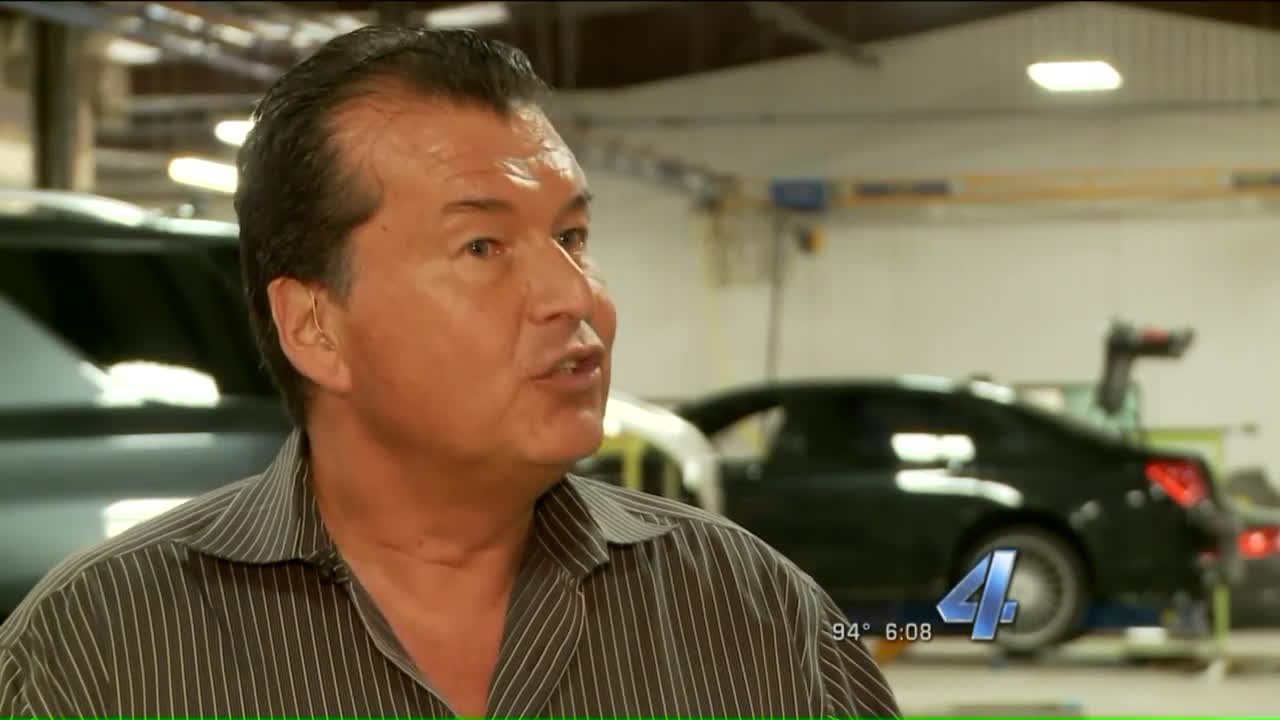 KFOR -- It can happen in an instant, sparking a hazardous situation on the road.

Exploding sunroofs happen more often than you think, including to one of our own reporters.

"It was quite shocking. I think my heart rate was considerable," Megan Simpson said.

Simpson and Newschannel 4's Abby Broyles were on a deserted highway in New Mexico when they heard what sounded like a shotgun being fired inside their vehicle.

"I've never, ever seen anything like that before, it's just simply unheard of," Simpson said.

Turns out, hundreds of complaints about exploding sunroofs have been filed with the National Highway Traffic Safety Administration.

It's happened on all kinds of makes and models of cars.

Some injuries have even been reported.

"When you do have some incredible temperatures that the reaction of glass when there is a jeopardized spot, a chip, a crack or whatever, itcould lead to further destruction of the glass just based on the temperature," collision repair expert Gary Wano said.

It was about 106 degrees when our sunroof exploded.

Thankfully, the visor between it and the cabin was closed, preventing shattered glass from showering on us.

Once we got to a dealership for a quick fix to get home, every employee stopped by to see the car.

"It was almost like seeing a chupacabra or something, they just kind of gathered around andlooked at it because it was just something they hadn't seen," Simpson said.

Unfortunately, experts say once there's a chip in your safety glass, there isn't muchyou can do to prevent the possibility of an exploding sunroof, but controlling how hot it gets does make a difference.

"It sure doesn`t hurt to be able to leavea little ventilation in the automobile, it's not just for your glass, it's good for your interior, it's good for everything in the car," Wano said.

To check if your car has a history of exploding sunroofs, visit the NHTSA website.

More from AOL.com:
The cheapest way to travel across the country
Reason why this local beach was overrun by thousands
'Coach Snoop' Episode 8: Taught the right way