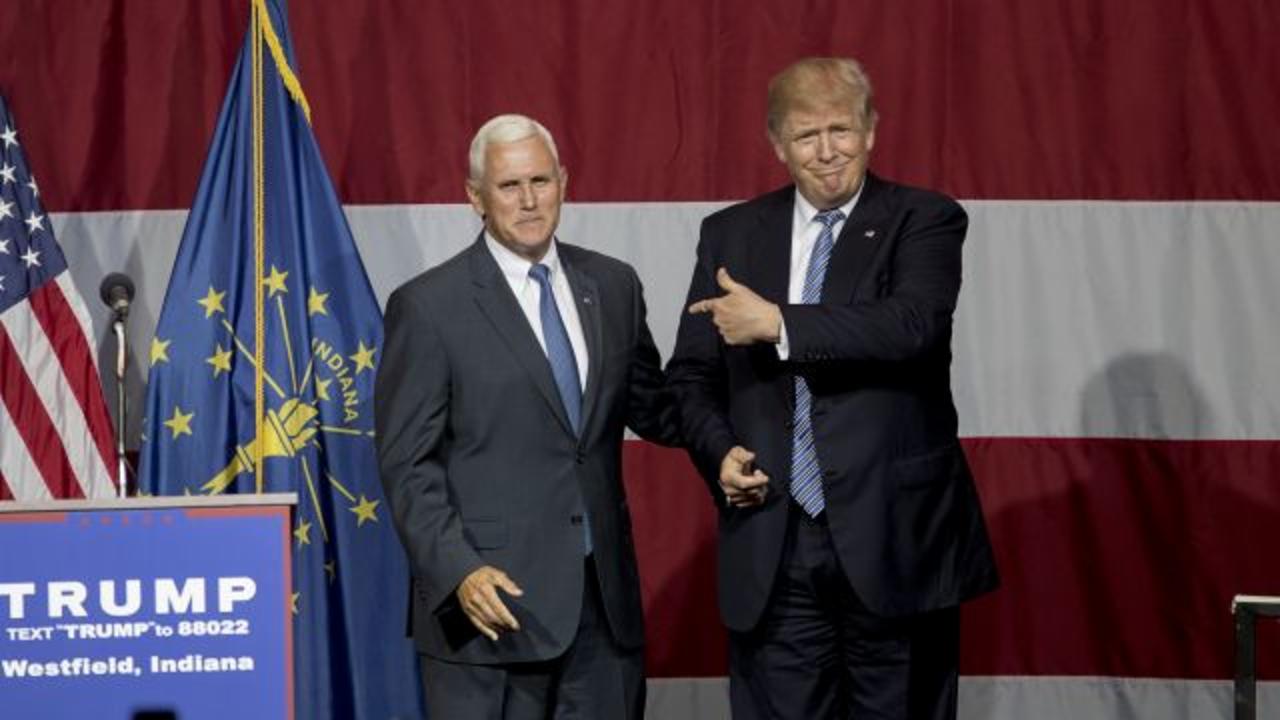 The vice presidential pick, which will be made official during an event in New York City on Friday morning, was first revealed by Roll Call Thursday afternoon, citing a source close to the campaign.

According to the outlet, "Trump was reportedly impressed with Pence's calm demeanor, his experience on Capitol Hill ... and Pence's potential to assist Trump in governing."

The New York Times also reported the news, though cautioned that some Republicans believe "the party's mercurial presidential candidate may still backtrack on his apparent choice."

IndyStar confirmed that Pence would drop his re-election bid to join the Trump campaign.

Republicans close to the campaign said earlier this week that the mogul had narrowed his shortlist to Pence, former House Speaker Newt Gingrich and New Jersey Gov. Chris Christie.

Trump met with the Indiana governor on Wednesday, sparking rumors that Pence would join his ticket. The billionaire was joined at the meeting by his daughter, Ivanka; son-in-law Jared Kushner; and sons Donald Trump Jr. and Eric Trump.

See more of Pence through the years:

Pence was notably missing from the list of speakers at the Republican National Convention released Thursday morning, again heightening speculation he would be Trump's vice-presidential selection.

Despite the reports, Trump's presidential campaign chairman Paul Manafort appeared to pour cold water on the news, tweeting that "a decision will be made in the near future."

Re: @realDonaldTrump VP selection, a decision will be made in the near future and the announcement will be tomorrow at 11am in New York.

The 57-year-old legislator spent 12 years as a U.S. congressman before taking on the gubernatorial role. He came under national scrutiny in 2015 after signing the Religious Freedom Restoration Act into law. Critics claimed the law permitted discrimination against LGBT individuals.

Pence is a popular figure among conservatives with the potential to unify a divided Republican party. Earlier Thursday before the news broke, Speaker Paul Ryan praised his former House colleague, saying, "I'm a big fan of Mike Pence's. We're very good friends. I have very high regard for him."