A 'Pop-Tart' is the latest addition to Starbucks' menu 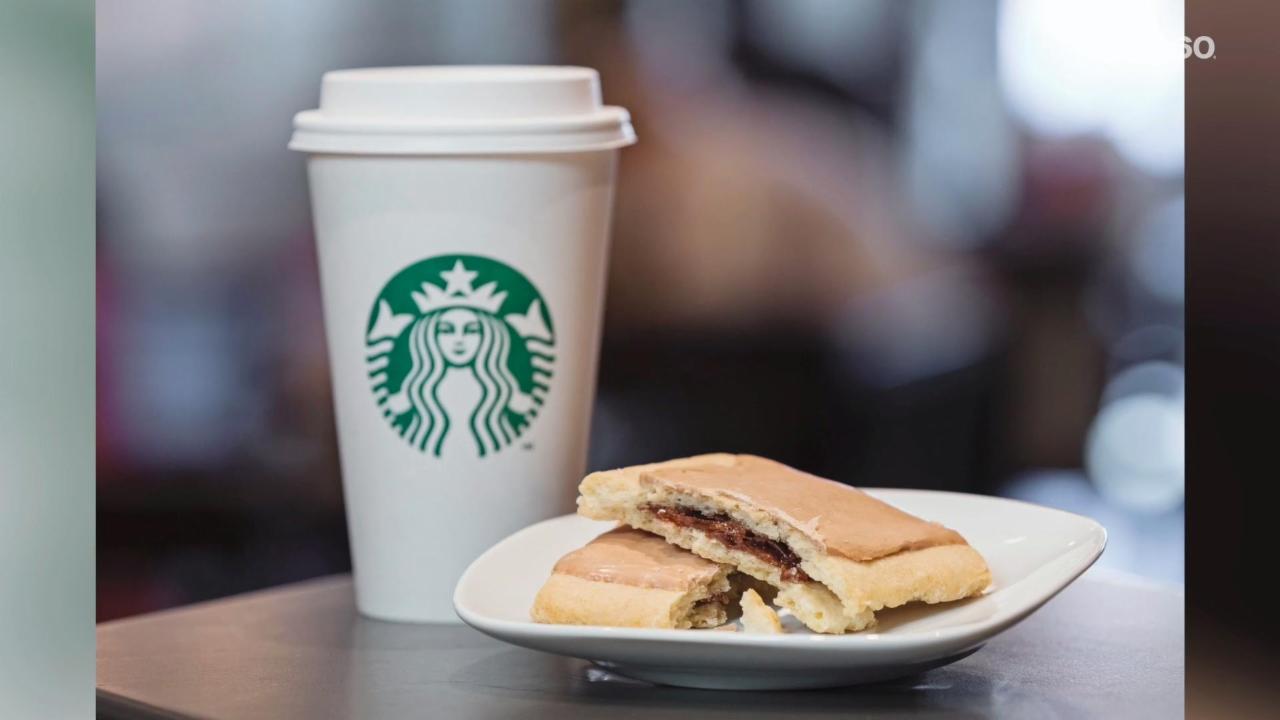 The Starbucks menu keeps getting better, from the new Iced Coconut Milk Mocha Macchiato to the so-called "rainbow drinks" -- but their latest addition is a bakery item sure to bring back memories of popping a frozen pastry in the toaster before running to catch the school bus.

The Megpies -- which is Starbucks for "fancy pop tart" -- will come in two flavors: Strawberry and brown sugar cinnamon.

SEE ALSO: McDonald's has put an end to an unexpected consequence of offering free Wi-Fi

Maybe someday they'll be as creative as Pop-Tarts and go wild with some maple bacon or pink lemonade flavors.

For now, however, they're currently only available in NYC locations, although Starbucks plans to roll them out nationwide.

The pastry hails from a bakery in Brooklyn, which started gaining in popularity when the Megpies began selling like hotcakes in local coffee shops.

You could probably buy a box of actual Pop-Tarts for about that much, but can you really put a price on nostalgia?

More from AOL.com:
Sandra Lee reveals how she's celebrating her first birthday cancer-free
Heart-melting puppy will instantly relieve your stress
The 6 money books you should devour this summer