A massive hole has appeared on the surface of the Sun 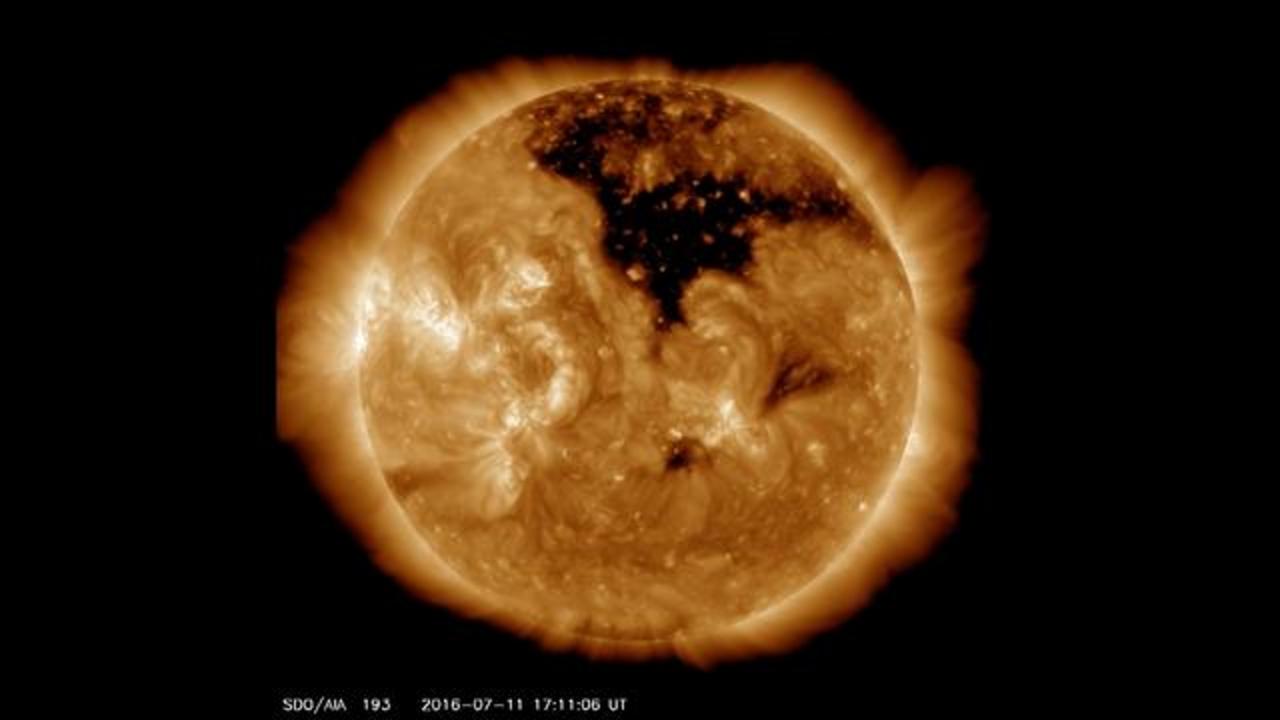 On July 11, NASA's Solar Dynamics Observatory captured a big hole on the surface of the sun.

Tom Yulsman who writes for Discover's ImaGeo blog notes that there is no reason for people to be concerned.

He explains that the massive dark area in our star's swirly, golden corona is simply, "a place where the Sun's magnetic field opens out into interplanetary space, allowing hot material from the corona to speed outward."

As the area houses less hot plasma than those adjacent, it takes on a darker appearance.

This sort of feature, which is called a coronal hole, develops every now and then and, at worst, tends to cause problems with satellite communications.

While that can be inconvenient, it pales in comparison to what would happen if the sun actually entered a state of serious distress.

More from AOL.com:
Your financial horoscope: Week of April 4
This Microsoft employee just got caught writing the most cringeworthy email of all time
The 8 best Prime Day deals under $50