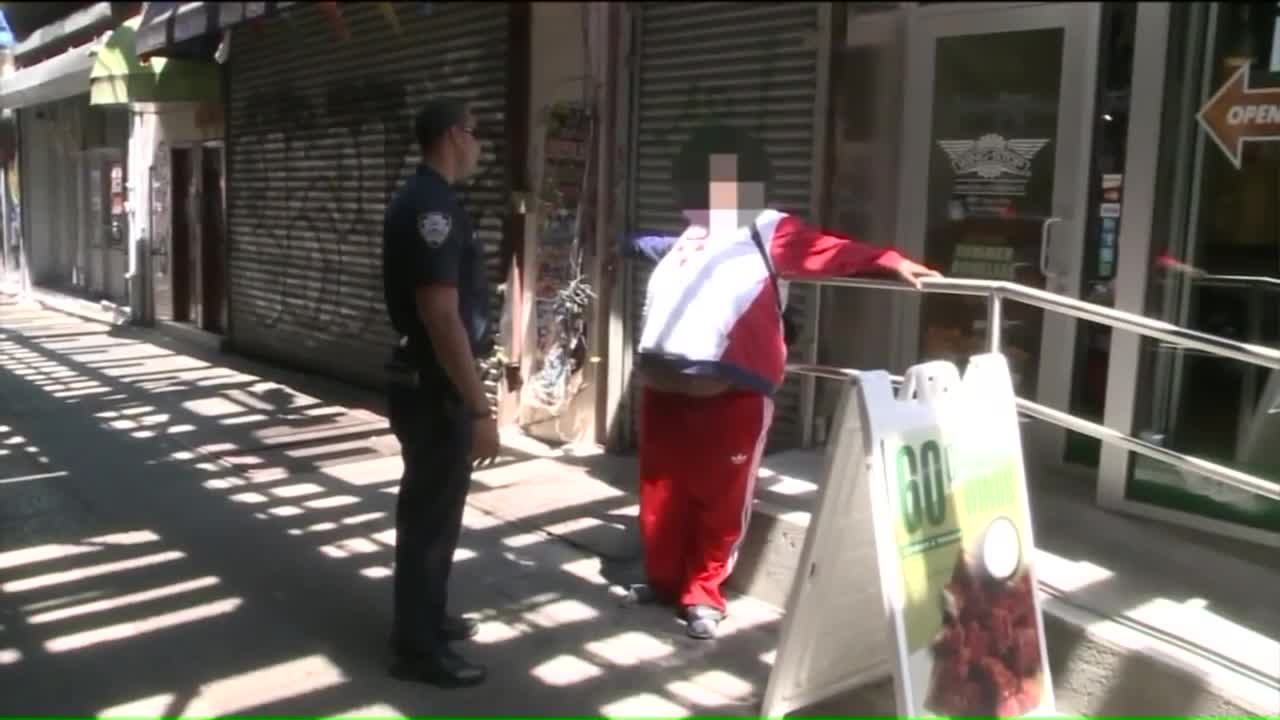 BEDFORD-STUYVESANT, Brooklyn — A day after 33 people were hospitalized over an apparent mass K2 overdose, Brooklyn borough President Eric Adams on Wednesday plans to speak with residents concerned the area is becoming an "epicenter of the local K2 epidemic."

PIX11 cameras captured several people stammering in the middle of streets near Broadway and Myrtle Avenue in Bedford-Stuyvesant, lying on the sidewalk and leaning on various objects unable to stand straight Tuesday afternoon.

Several locals compared people using K2 to "zombies," with one man saying Tuesday's scene looked like one from the popular TV show "The Walking Dead."

Thirty-three people were ultimately picked up in a two-block radius, and transported to Woodhull Medical Center and Wyckoff Heights Medical Center, police said.

The area where the apparently high individuals were spotted is one of "increasing concern as an epicenter of the local K2 epidemic," Adams' Communication's Director Stefan Ringel said in a statement.

Residents have expressed concern over the impact on local businesses, as well as children forced to walk by people passed out on the sidewalk.

See more images from the scene:

"In previous years, you might see the same five or 10 guys around," said Jason Reis, a man who's lived in the area for eight years. "Now it's five new guys every half hour walking around smoking it."

Adams plans to distribute flyers around 2 p.m. Wednesday about the dangers of K2 — an illegal drug often referred to as synthetic marijuana, and known by brand names such as Ice Dragon, Spice and AK-47.

The borough president also plans to speak with local residents about their concerns.

Selling K2 is a misdemeanor in New York City, but some local retailers continue to sell the drug, Adams said.

Residents echoed his concerns on Tuesday, pointing to individuals working at a local bodega as some of the alleged culprits.

K2 can cause extreme anxiety, confusion, paranoia, hallucinations, rapid heart rate, vomiting, seizures, fainting, kidney failure and reduced blood supply to the heart, according to the Health Department. The production and sale of the drug was outlawed in the city on Oct. 20, 2015.

For more information on the K2 drug, head on to the New York State Department of Health's website here.

More from AOL.com:
21 phrases you've been saying wrong your entire life
13 words you should never use to describe yourself
Chef Anne Burrell reveals the biggest mistake people make when cooking pasta