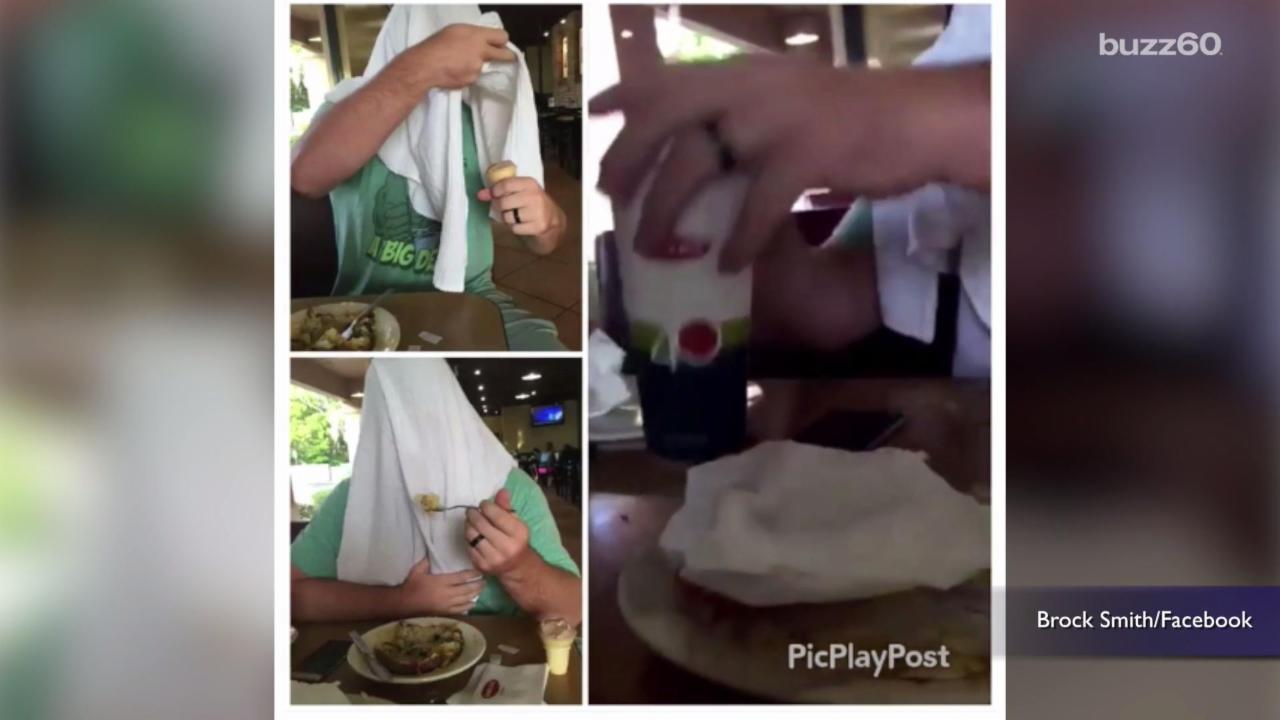 This is Brock Smith, a husband and father of two living in Naples, Florida.

Smith recently took to Facebook to share his and his wife Lauren's feelings about people who shame women for openly breastfeeding in public.

"As a dad and a husband...I've had enough of this asinine argument," his post read. "D Lauren Smith and I are starting a movement."

Since the comical video of Smith struggling to eat under a cover -- as babies are often forced to do -- was posted, it has been viewed nearly 87,000 times and has racked up over 200 shares.

In case you were wondering, the viral video thankfully wasn't made in response to a snide remark made at Smith's wife, as many posts of this nature tend to be.

"Just curious- did someone say something rude to prompt this?" Alissa Cassidy asked in the comments.

"Haha no but Lauren and I always talk about it," Smith responded. "How women have to feel anxious when feeding their babies when they're out and about."

He even went on to say that although they themselves are proponents of covering up, they support a woman's right to choose how she breastfeeds in public.

"Like I said to another person's comment... we would never not cover Lauren up... but the ignorance of some people just prompted the idea."

As if his support for a woman's choice wasn't enough to make you smile, Smith ends his post with a message sure to delight all his newly acquired fans.

RELATED: Check out this awesome mom who breastfed her baby during her own wedding:

Mom breastfeeds baby during her wedding