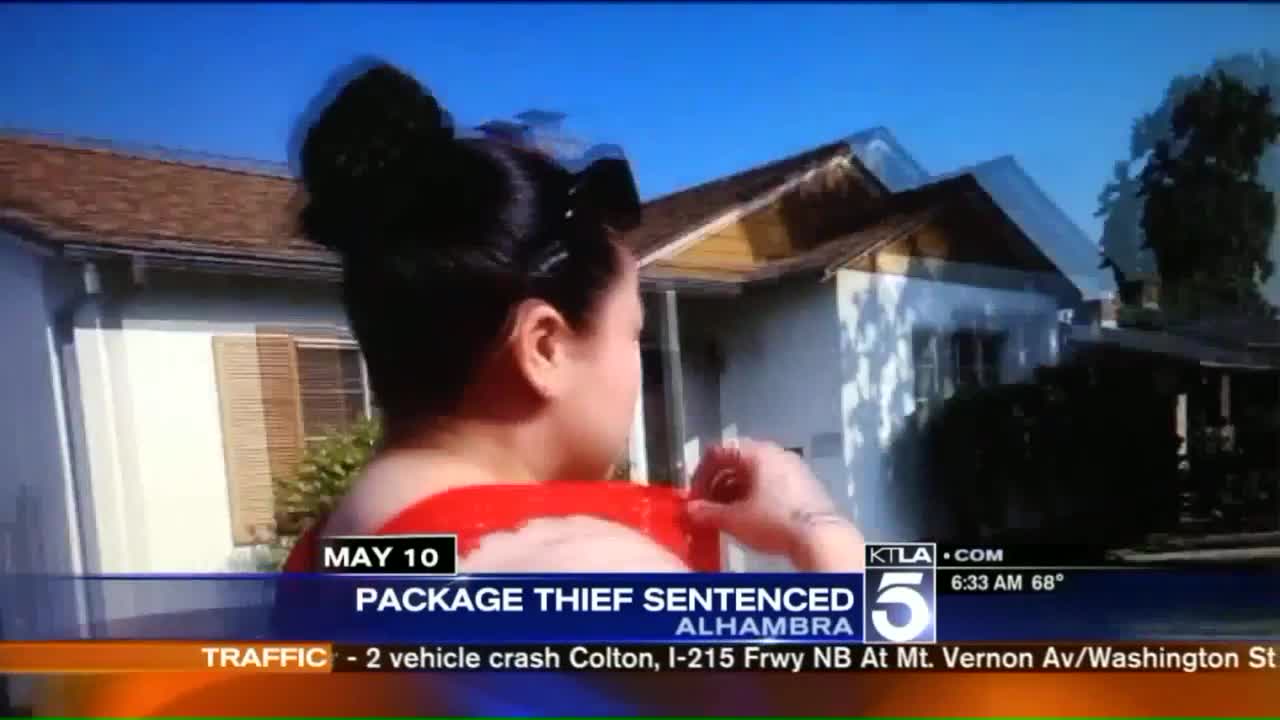 KTLA -- A Montebello woman who was caught on camera trying to steal packages from an Alhambra homeowner was sentenced Monday to 180 days in jail.

Medina was captured on video in mid-May trying to steal package from the front of an Alhambra house. The homeowner confronted her, recording cellphone video, and Medina claimed her mother lived at the home.

When the homeowner said he would call police, the woman dropped the packages and walked away.

The video was shared by Alhambra police, and Medina was arrested in a Rosemead motel a few days later.

She checked in to the motel using another person's identification, the DA's office said.

Medina was initially charged with identity theft in addition to the other two charges. She had faced up to four years, four months in state prison if convicted as originally charged, the DA's office said at the time of her arraignment.