Rachel Green's got guns! Jennifer Aniston stepped out on Monday looking – in the words of Snoop Dogg – "toned, tan, fit and ready." The Cake actress was spotted visiting a salon in West Hollywood while wearing a fitted grey tank top. 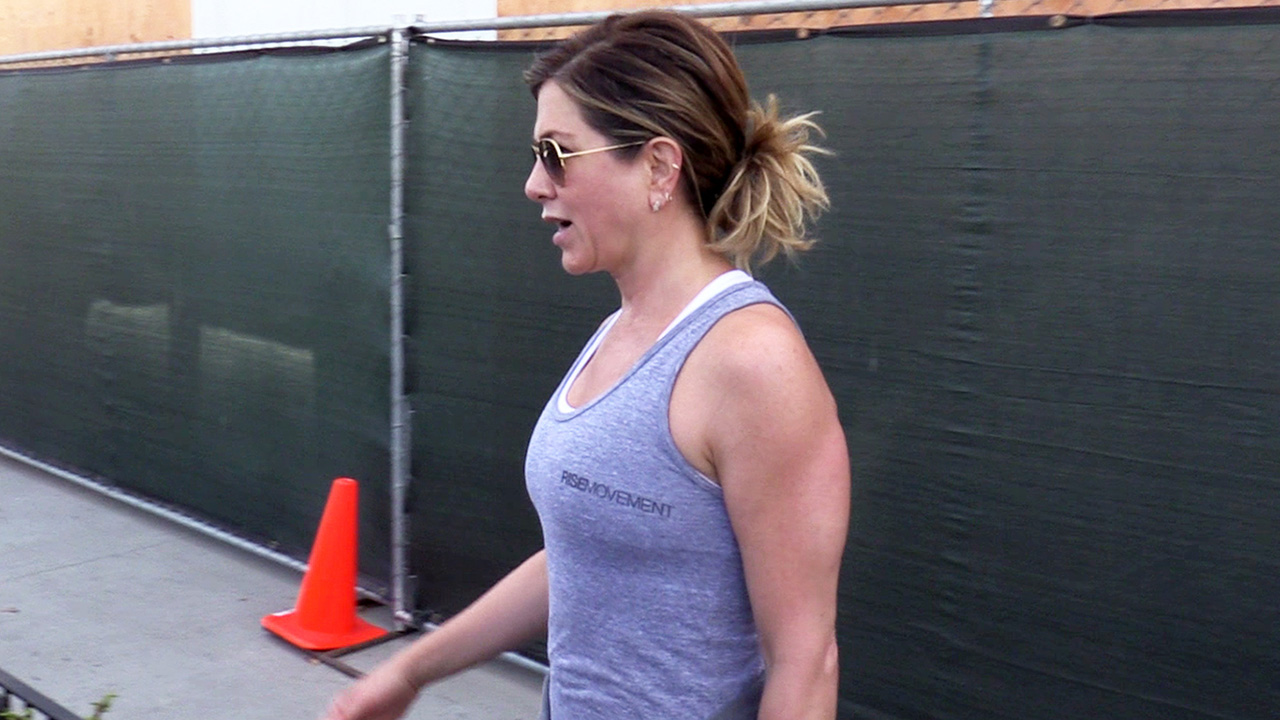 She paired the look with capri yoga pants and Nike sneakers. But it was her muscular arms that caught the attention of fans. The Friends alum looked especially ripped while out and about.

Just last month, Aniston sparked pregnancy rumors after vacation photos surfaced of her in a bikini. The actress' rep quickly squashed the claims.

"She is not pregnant. Shame on InTouch for making up the whole story, but this is not the first time they have done so," Aniston's rep told ET on Wednesday. "What you see is her having just enjoyed a delicious big lunch and her feeling safe on private property."

Since then, Aniston and her hubby, Justin Theroux, have stepped out for several date nights together in NYC. The private pair have not directly addressed the rumors, but this new shot of the fit star seems to imply that there is definitely no baby on board.

More on AOL Entertainment:
Adrian Grenier gets buck naked to celebrate his 40th birthday
Matt Damon's wife steals the spotlight at 'Jason Bourne' premiere
Wilmer Valderrama opens up about the 'remarkable' opportunity of joining the cast of 'NCIS'