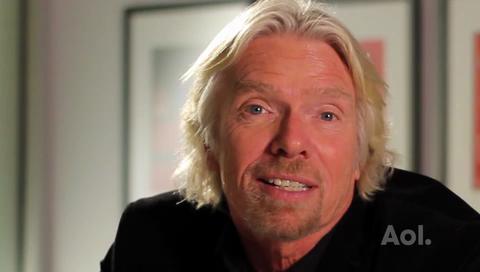 It started as a side hustle in the Scottish Highlands. Then, Sir Branson came along.

They say what you see on social media isn't real life, but sunglasses brand Tens is out to change that. And now, with a fresh investment from Sir Richard Branson, its founders are seeing a bright future.

Equipped with a special filter meant to use natural light to brighten the wearer's view, Tens claims to "make your everyday life look warmer and happier," according to co-founder Marty Bell during a video interview from an office in Glasgow. "Kind of like Instagram's 'Rise' filter," co-founder Kris Reid adds. "Except Rise washes you out a bit; it's better than Rise."

See photos of the incredible sunglasses and the Tens founders:

It was this sunny outlook that hooked Branson, who finalized undisclosed investment terms with Tens this spring.On Thursday, when he announced the investment, he tweeted:

My attitude is to make everyday life look and feel better – my latest investment helps https://t.co/QqxH4DQoeXpic.twitter.com/25JrRc5axE

More From Inc.com: The Top 10 Most Innovative Companies

The founding team--which also includes London-based Tom Welsh--grew up in Scotland where, as they say, when it's not raining it's probably cloudy. "We were always trying to edit our photos to make it look like summer," Bell says. It was on a road trip to a music festival when a joke between the three friends turned into a business idea: "Let's Photoshop real life."

Over the next two years, the trio spent many long nights together in the Scottish Highlands, dreaming up ways to make the product work. Side hustling in addition to full-time jobs, they sent before and after images to factories all over the world, looking for someone who could recreate the perfect filter on sunglass lenses. Finally in 2014, prototype in hand, the company launched a crowdfunding campaign on Indiegogo. They raised 370,000 (almost $600,000 at the time) and attracted customers in more than 100 countries.

Tens marketing is meant to draw in customers looking for vacation sunglasses, Bell says, but the hope is that they'll want to wear them all the time. And with the novelty factor, the company relies largely on word-of-mouth. "If one person in a friend group buys them," says Reid, "they go what we call 'in-person viral.' Everyone else wants a pair, too."

More From Inc.com: Neuroscience Reveals the Nourishing Benefits That Silence Has on Your Brain

One such fan ended up on Branson's private island, Necker Island, where his Tens were passed around among guests. When Branson tried them on, he was impressed. "I love the product," he said in a statement announcing his investment. "No matter where I am in the world I can stick on a pair of Tens and feel like I'm right back on Necker Island."

Branson's first move was to give a pair of Tens, which cost between $90 and $110, to every staffer on the island.Following his investment, the team hopes to expand their reach, as they're now kicking around ideas of selling on Virgin Atlantic flights and in hotels. "The year 2017 is about getting Tens in as many hands as possible," says Reid.

Already, Tens have hit shelves in the Necker Island gift shop, all Soho House locations in North America, and a pop-up shop in London's Covent Garden district. Only open for the month of July, the pop-up shop is a dry run for what the team hopes to replicate over the next few years.

As photographers and videographers, the founders take a lot of pride in their social-media content, and want the retail business to be a carefully designed extension of the brand. They envision small, quirky stores in 10 to 20 sunny locations around the world. "To us, that's more exciting than going into wholesale in someone else's store," Bell says. "We want to have control over our own story."

More from Inc.com:
The Slippery Slope of Goals and Incentives
The Conundrum of Introversion and Leadership
What Soldiers Have to Teach Entrepreneurs

RELATED: See photos of Richard Branson through the years:

Richard Branson
Up Next