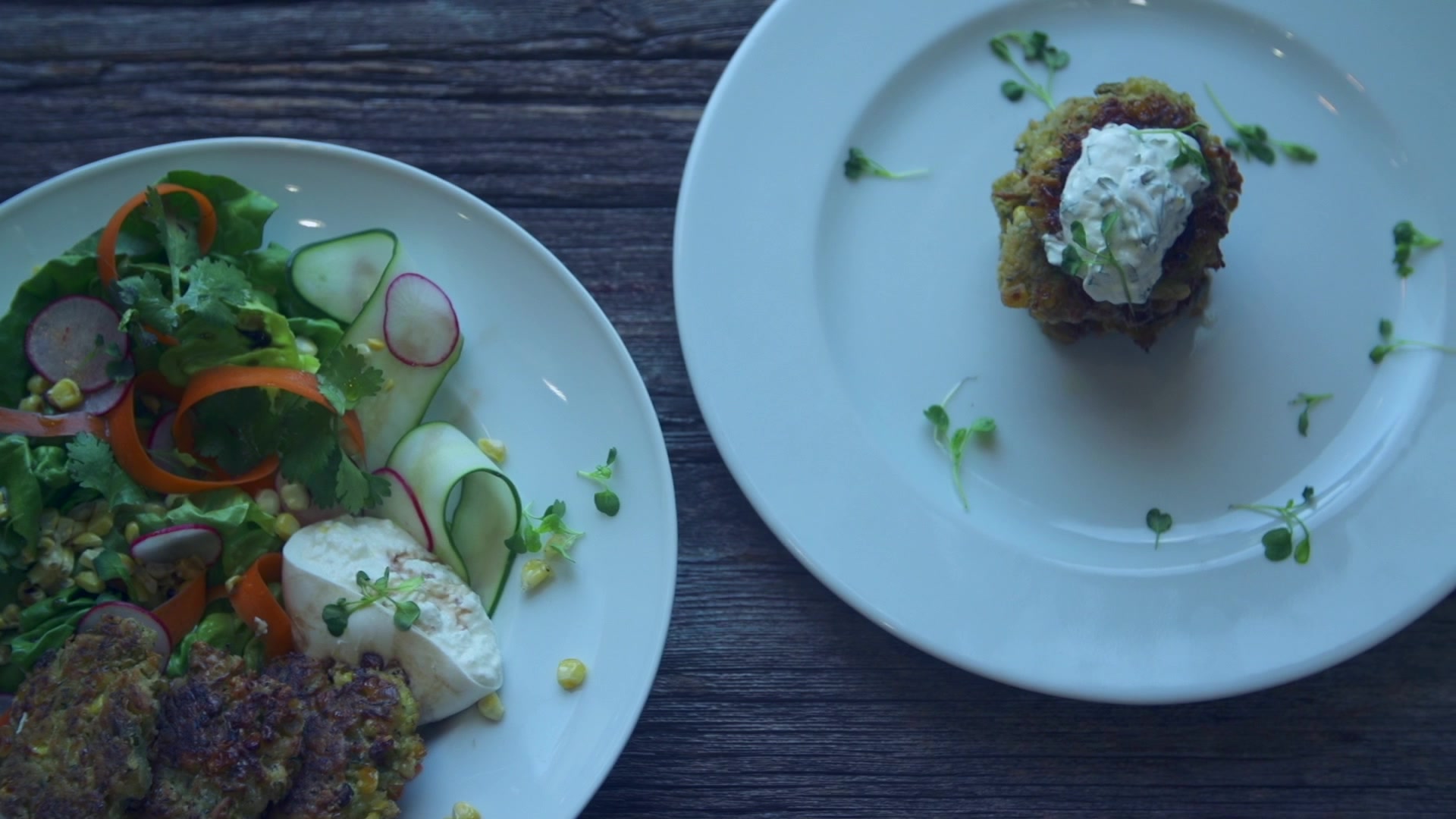 I've been trying to be real healthy about eating and not really drinking. I mean, heavy food things and New Orleans summers have always been sworn enemies because it's just a terrible combination, but like, I needed something really light. But also filling. So I ate a block of cheese. Yeah I know that sounds totally dumb and contradictory but hear me out. I remembered how last summer, a restaurant I worked for served a salad that was literally just a ball of burrata with some other delicious things, and I remember being so pleasantly surprised at how a huge ball of cheese could work as such a light dish. If you haven't had burrata, it's a weirdly creamy and light and mild cheese, and there's really nothing to compare it to, but we can say it's like an elevated, lighter version of mozzarella. It really takes on the flavors of whatever you add to it, so tossing on some light and bright things like watermelon and mint make for an awesome brunch addition.

We're calling this baby a variation on a caprese salad, and just subbing burrata for the mozzarella, mint for basil, and (curve ball) watermelon for tomato. I had a watermelon gazpacho once, and from that moment on I decided watermelon is forever allowed to be subbed for tomato. Within reason, of course. But also maybe without reason because why the shit not and life is short, y'all. Anyway, this recipe is great for a light breakfast or an afternoon snack! Check it out below, babes! NOTES
This recipe makes more than you need for the caprese salad, but can be refrigerated in an airtight container for later uses, up to one week!

The post watermelon and burrata salad was first shown on Probably This.

Study: Most with COVID-19 will develop symptoms