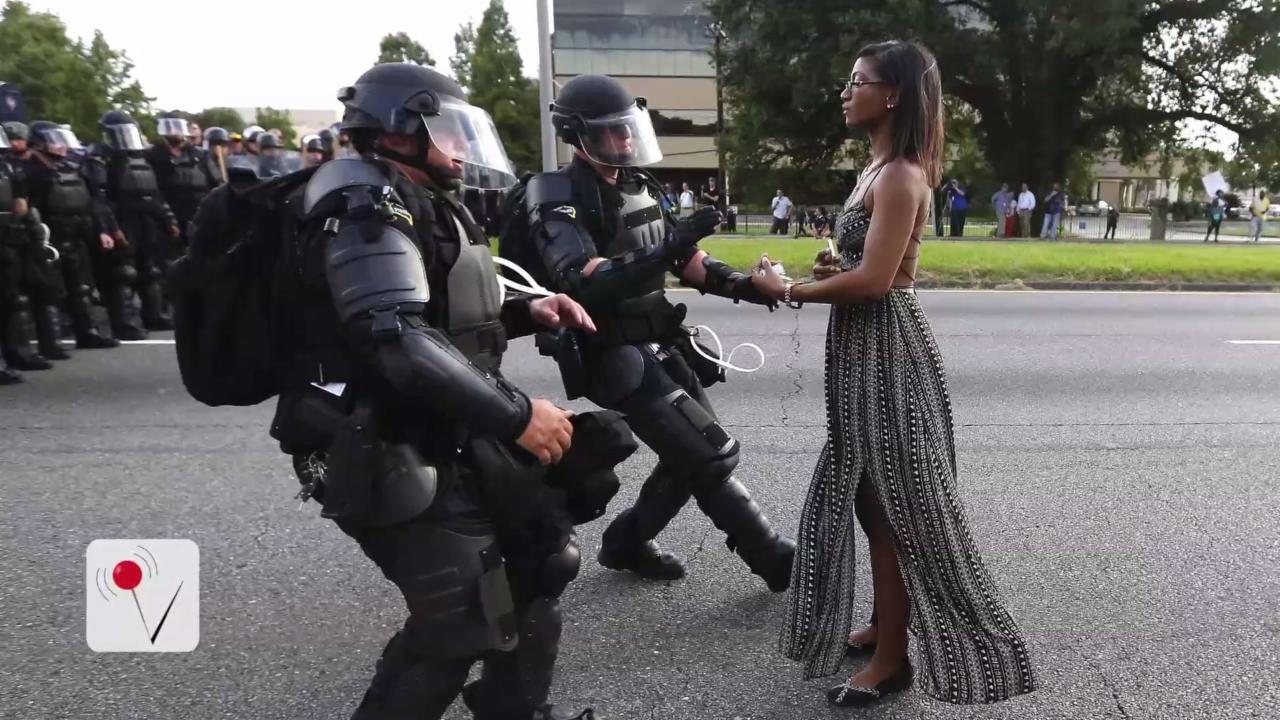 Since the shootings of Alton Sterling and Philando Castile by police last week, protests and demonstrations against police violence have taken place across the country. While many of the protests have remained peaceful, hundreds of protestors, including prominent activist DeRay McKesson have been arrested.

The police have been criticized for the militarized response to the protests and one photo that has spread across social media has resonated with thousands. 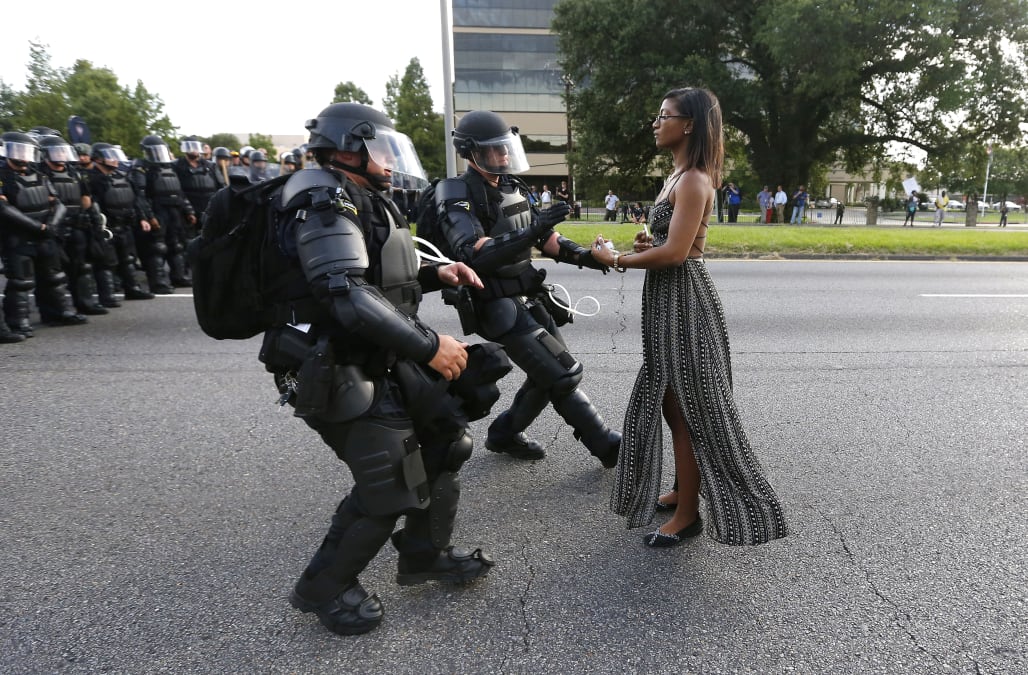 Jonathan Bachman, a New Orleans-based freelance photographer captured the photo for Reuters. Bachman described the scene to the Atlantic:

It happened quickly, but I could tell that she wasn't going to move, and it seemed like she was making her stand. To me it seemed like: You're going to have to come and get me. And I just thought it seemed like this was a good place to get in position and make an image, just because she was there in her dress and you have two police officers in full riot gear.

It wasn't very violent. She didn't say anything. She didn't resist, and the police didn't drag her off.

The woman in the photo has been identified as Ieshia Evans. She was arrested for "obstructing traffic" and spent the night in jail. According to her social media profiles she has since been released.

The 28 year-old mother from New York wrote on social media:

I just need you people to know. I appreciate the well wishes and love, but this is the work of God. I am a vessel! Glory to the most high! I'm glad I'm alive and safe. And that there were no casualties that I have witnessed first hand.
​​​

The photo and Evans' bravery have been widely praised across social media:

Ieshia Evans
"This is the work of God. I am a vessel." -- Ieshia Evans
Look at that picture of Ieshia Evans and tell me there's any way that when it appears in a history book, that book is praising the police.
Ieshia Evans / Bree Newsome #BlackLivesMatter #TrustBlackWomen #SayHerName https://t.co/j5fbGIaoOk
Brave Leshia Evans https://t.co/KVvxWLKGax
You'll be seeing this iconic photo from #BatonRouge & versions of it, for the rest of your life. It's #IeshiaEvans https://t.co/LNdouADrbD
>> A Remarkable Photo of a Protestor in Baton Rouge, Louisiana https://t.co/MVy2waS0tY
Just spoke to one of her best friends. She's still in jail after this arrest in Baton Rouge. A mother to a 5 y/o son https://t.co/hxDIjoDh6p
How brave is #leshiaevans peaceful protest against police violence in #batonrouge #BlackLivesMatter https://t.co/Id2SutSP5H
Up Next