Locals support man fighting to get his job back 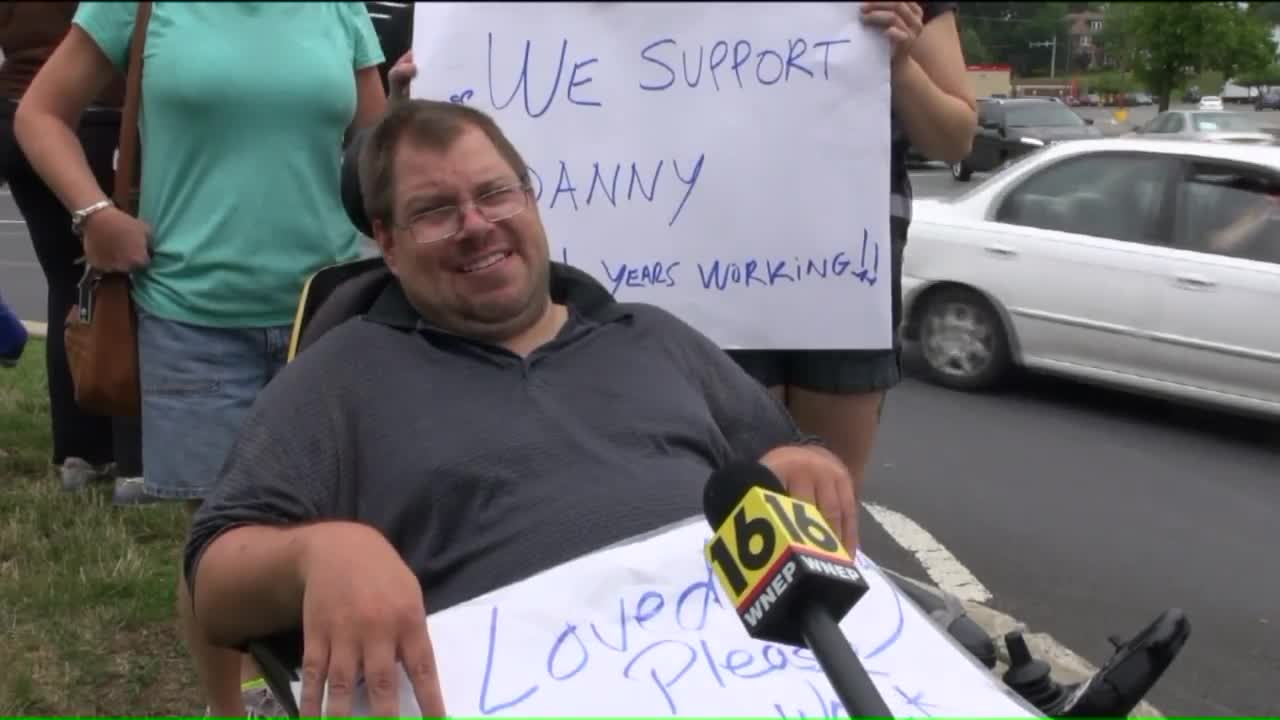 EAST STROUDSBURG, Pa. (WNEP) -- About 100 people gathered outside Walmart in East Stroudsburg on Saturday, holding signs in support of a man who lost his job due to his disability.

Danny Ockenhouse has cerebral palsy and is confined to a wheelchair.

SEE ALSO: This blind Apple engineer is transforming the tech world at only 22

For the past 21 years, he has worked at the Walmart as a friendly face for everyone who walked in.

Tom Jenkins of Snydersville said, "Everybody cares about him. He would talk to everybody. He would be rolling down the street. He would stop and talk to you."

Friends at the protest say Danny took his job very seriously. They say he would sleep in the store if he knew it would snow the next day so he wouldn't miss a day of work.

That's why, when Danny got the news that he was getting let go after 21 years of being on the job, it left him in a state of shock.

"Three weeks ago, he had to find something else for me to do. Everything I wanted to do, he said I couldn't because there was some degree of lifting," said Danny.

5 PHOTOS
Pa. claims he was fired from Wal-Mart over disability
See Gallery

Pa. claims he was fired from Wal-Mart over disability

Danny Ockenhouse pickets with supports outside a Wal-Mart store

Danny Ockenhouse pickets with supports outside a Wal-Mart store

The ability to lift 50 pounds is one of the new requirements for the position at Walmart, which is something Danny isn't able to do.

Organizers with the protest say laying Danny off because of his disability is unfair.

"Somebody has to be their voice. Somebody has to stand up for them and let them know it's not okay. Just because they have a disability doesn't make them any less of a person," said Taraz Crowley.

Organizers for Danny say they have reached out to Walmart and local officials to help get him his job back and plan to continue to protest until he does.

Newswatch 16 reached out to Walmart for a comment on the new policy, but the company was unable to respond before our 6 p.m. newscast.