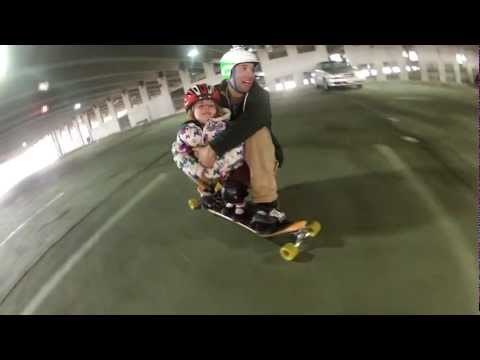 A Chinese man wanting to teach his son about the hardships of life took the young boy for a backpacking trip with only 100 yuan ($15) to survive the week.

Pu Wei and his 8-year-old son, Dou Ge, left their home in Xi'an, China, on Thursday for a seven-day trip that would end in Lanzhou.

Eager for his son to learn the importance of being humble and kind, Pu assured Chinese media that his son was equally as enthusiastic to embark on the adventure and proved to be a great source of support during the trip.

"Dou Ge is naturally curious, and every day during this trip, whenever I see how excited he is to discover new things, it pushes me forward to go on with the trip," says Pu.

The duo traveled on foot or hitchhiked to get around, and traveled a total distance of 600 km.

During the trip, father and son worked hard labour in return for a roof over their head. Pu said that many strangers have kindly offered them food and free rides, which he and Dou Ge gladly appreciates.

Pu updated his Weibo account on a daily basis with pictures of their father-son bonding trip. He even journaled frequently to let his followers know what they got up to and how much they spent.

According to The Paper, Pu is an outdoor enthusiast and somewhat of a celebrity in his hometown — he's the first Chinese man from Shaanxi to have conquered Mount Everest.

More from Mashable:
Watch as NASA's Juno spacecraft gets into Jupiter's orbit Monday, or dies trying
Tom Hiddleston's emotions for Taylor Swift spill out onto his beachwear
Body of Wisconsin student found in Tiber River in Rome