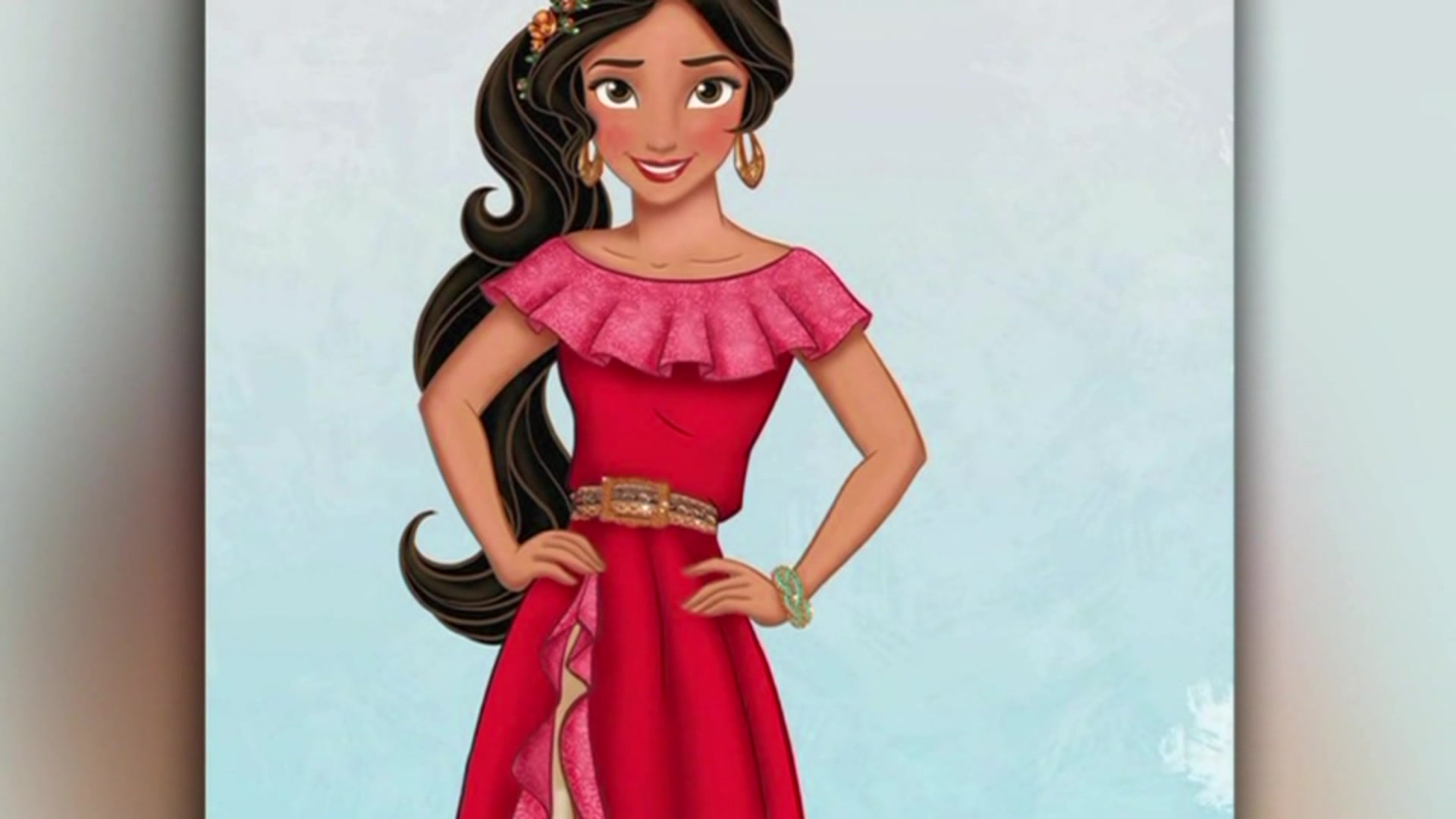 As part of an ongoing diversity push, the Disney Channel will introduce Elena of Avalor on July 22, starring Elena, the brand's first Latina princess. "It's not a secret that the Hispanic and Latino communities have been waiting and hoping and looking forward to our introduction of a princess that reflected their culture," Nancy Kanter, who oversees the show, told the New York Times.

According to the Times, Elena of Avalor episodes are packed with Latin folklore, Aztec-inspired architecture, and "original songs that reflect musical styles like mariachi, salsa and Chilean hip-hop." Funky! Still, some have questioned why Elena is getting a TV show instead of a movie, while Rebecca C. Hains, author of the book The Princess Problem, wonders why Elena has an American accent while the older characters have Spanish accents. "Being modern and cool seems to mean talking like an American," she told the Times.

The identity politics of Disney's princessdom have been hotly contested over the years, and studies show that these characters have a lasting impact on the way young girls view themselves — historically, a negative one. Recently, Disney has been working to make its pack of princesses reflect real-world diversity: black princess Tiana starred in The Princess and the Frog in 2009, and Polynesian character Moana (though not technically a princess) will get a big-screen rollout this November. Fans have also called for Disney to introduce a princess with Down's Syndrome and to make Frozen's Elsa a lesbian, while countless listicles with titles like "If Disney Princesses Had Realistic Waistlines" and "If Disney Princesses #WokeUpLikeThis" criticize these characters for propagating unrealistic body images.

So the opportunity for more young girls to see a Disney princess that reflects their identity — and of course, their love of Chilean hip-hop — seems like a small step in the right direction. We're waiting for you, hot-dog princess.

Elsa, Anna, and other Disney Princesses
SOFIA THE FIRST - 'Sofia the First: The Floating Palace' - Sofia and her family take to the high seas for a royal vacation in the first-ever 'Sofia the First' primetime special, 'Sofia the First: The Floating Palace,' premiering SUNDAY, NOVEMBER 24 (7:00 p.m., ET/PT) on Disney Channel and THURSDAY, NOVEMBER 28 (7:00 p.m., ET/PT) on the 24-hour Disney Junior channel. The undersea adventure, in which Sofia is magically transformed into a mermaid, features a special appearance by Princess Ariel from 'The Little Mermaid,' voiced by Disney Legend Jodi Benson who reprises her iconic role from the animated film. The special also introduces a new character named Oona, a young mermaid voiced by Kiernan Shipka ('Mad Men'). (Image by Disney Junior via Getty Images) PRINCESS ARIEL, PRINCESS SOFIA
The Walt Disney Co. Snow White character acts in 'Mickey's Soundsational Parade' in the Main Street, U.S.A. area of Disneyland Park, part of the Disneyland Resort, in Anaheim, California, U.S., on Friday, May 24, 2013. Walt Disney Co., the world's largest entertainment company, said this month fiscal second-quarter profit rose 32 percent, beating analysts' estimates as guests splurged at theme parks in California and Florida. Photographer: Patrick T. Fallon/Bloomberg via Getty Images
NEW YORK - MARCH 14: A person dressed as Princess Tiana (C) is joined on stage by all of the princesses of Disney movies during Princess Tianaï¿½s official induction into the Disney Princess Royal Court at The New York Palace Hotel on March 14, 2010 in New York City. She is seen with people dressed as characters (L-R) Princess Jasmin, Snow White, Mulan, Aurora, Prince Naven, Cinderella, Princess Bell, Pocahantas and Ariel (Photo by Jemal Countess/Getty Images)
Up Next