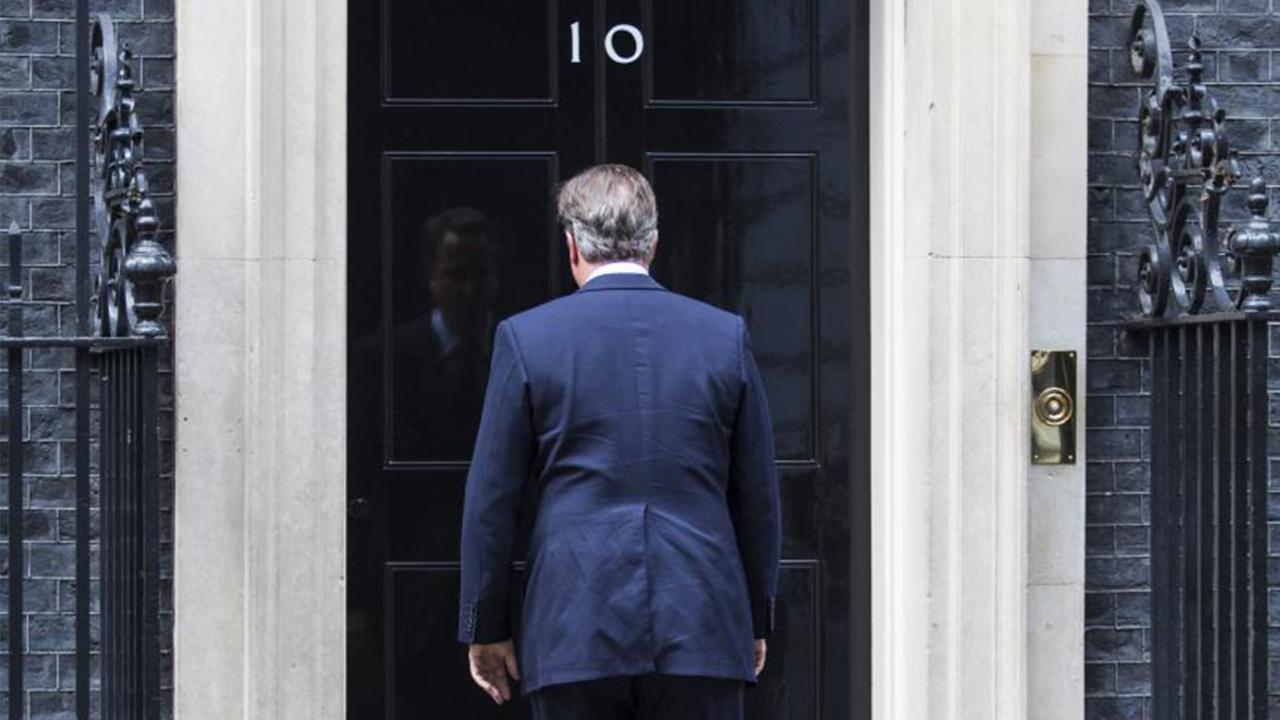 LONDON — If David Cameron's cheerful humming is anything to go by, he doesn't exactly sound stressed at the thought of stepping down as Prime Minister.

After a press conference in which he made a speech about handing over power to Theresa May, Cameron turned around and walked back inside No. 10.

He may not have realized his mic was still on, though. Now that is some seriously cheery humming.

See more of Cameron through the years:

David Cameron (UPDATED 5/8)
LONDON, UNITED KINGDOM - MAY 08: (L-R) Labour leader Ed Miliband, Liberal Democrat leader Nick Clegg and Prime Minister David Cameron attend a tribute at the Cenotaph to begin three days of national commemorations to mark the 70th anniversary of VE Day May 8, 2015 in London, United Kingdom. Both Miliband and Clegg said they will resign their posts as party leaders after they were soundly beaten by Cameron and his Conservative Party in yesterday's general election. (Photo by Chip Somodevilla/Getty Images)
Britain's Prime Minister and Leader of the Conservative Party David Cameron and his wife Samantha are applauded by staff upon entering 10 Downing Street in London on May 8, 2015, after visiting Queen Elizabeth II, a day after the British general election. British Prime Minister David Cameron's Conservative party on Friday won a majority in the House of Commons in the general election, results showed. AFP PHOTO / POOL / STEFAN ROUSSEAU (Photo credit should read STEFAN ROUSSEAU/AFP/Getty Images)
NEW YORK, NY - SEPTEMBER 24: British Prime Minister David Cameron (L) meets with Iranian President Hassan Rouhani at the Unityed Nations during the 69th Session of the UN General Assembly September 24, 2014 in New York City. World leaders, activists and protesters have converged on New York City for the annual UN event that brings together the nations for a week of meetings and conferences. This year's General Assembly has highlighted the problem of global warming and how countries need to strive to reduce greenhouse gas emissions. (Photo by Timothy A. Clary-Pool/Getty Images)
Up Next