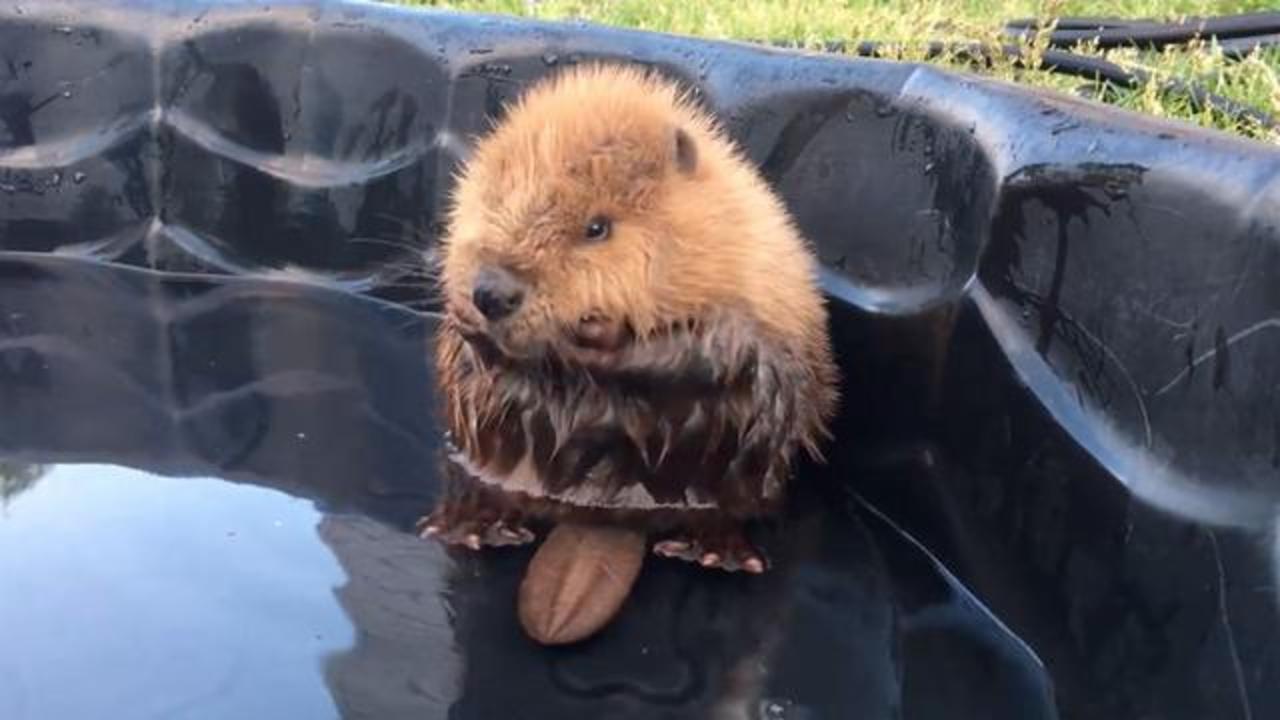 An adorable baby beaver was recently found abandoned at a golf course in Calgary, Canada.

He had an injured tail and is now under the care of the Alberta Institute for Wildlife Conservation.

A video posted by the institute showing him enjoying pool time has gone viral. The footage has been viewed nearly half a million times on Facebook and accumulated thousands of shares and likes.

According to CBC News, the beaver is recovering nicely and is likely to remain at the Alberta Institute for Wildlife Conservation for several years.

Baby beavers
A zookeeper holds three new born beavers at an enclosure at the zoo in Wuppertal, Germany July 23, 2015. The beavers were born on July 21, 2015 in the zoo, officials said. REUTERS/Ina Fassbender

A mother beaver, Castor canadenis, and her baby sitting both pruning and cleaning their fur

A wild baby beaver, Castor canadenis, as he nuzzles close to his mother

A baby beaver sleeps on his dam

2 baby beavers playing in the grass

More from AOL.com:
Could Twitter be the future of watching live sports?
This Microsoft employee just got caught writing the most cringeworthy email of all time
YouTuber Meg DeAngelis opens up about her musical ambitions