17-year-old dog rescued, carried out of the woods 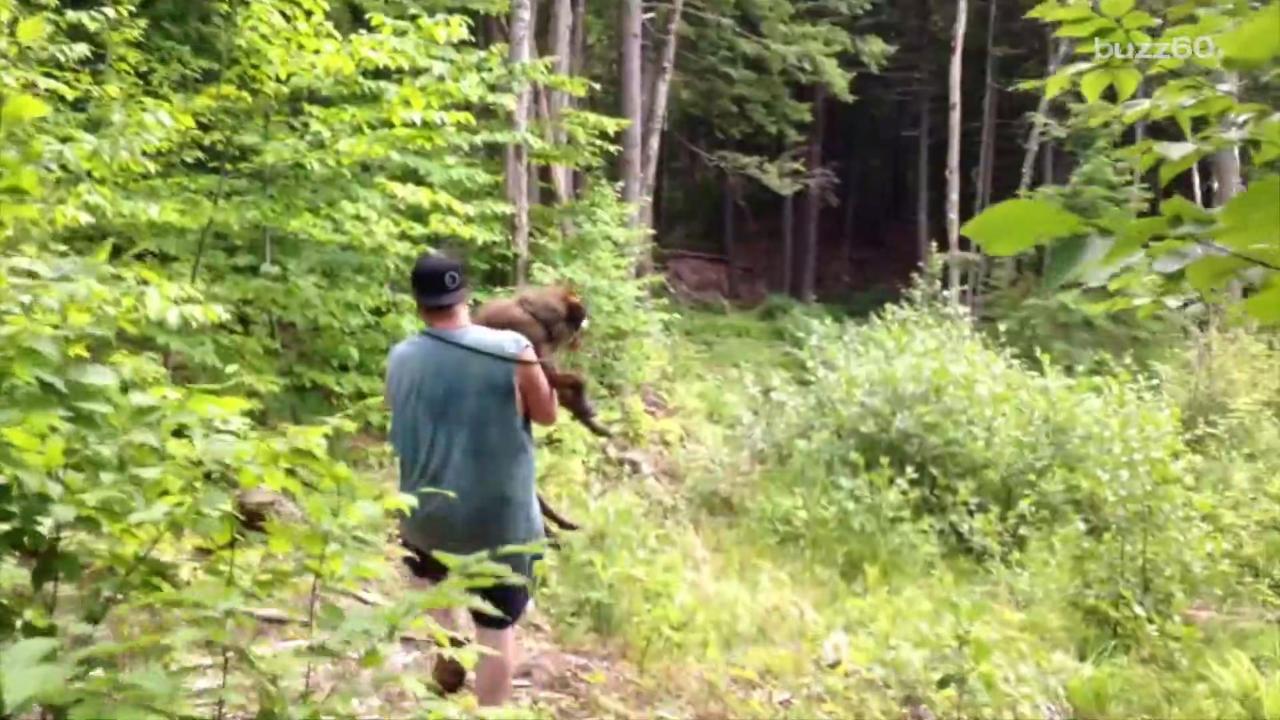 Rocky is a 17-year-old dog who thought he would never see another day out of isolation. He was lost in the woods in Conway, New Hampshire, and he was scared and alone.

That is, until hikers came to his rescue.

Logger Jake Higgins spotted Rocky all alone. That's when Higgins called the Conway Area Humane Society to get him some help.

Upon arrival, they realized Rocky was an older dog. Reasonable so, he appeared to be exhausted, but happy to be rescued.

One of the Humane Society's members filmed Jake as he carried Rocky out of the woods, and the video was posted on Facebook.

In a twist of fate, a friend of Rocky's owners recognized the pup!

It turns out Rocky went missing July 4th weekend after the fireworks scared him, and that's when he got lost.

His dad was so grateful to have Rocky back, especially since he has spent every day searching for the dog ever since he went missing.

Rocky's dad is no stranger to helping out, as he has helped other people locally search for their lost pets.

More from AOL.com:
Reason why this local beach was overrun by thousands
The most shocking details from Gretchen Carlson's lawsuit against FOX News CEO Roger Ailes
'Coach Snoop' Episode 8: Taught the right way