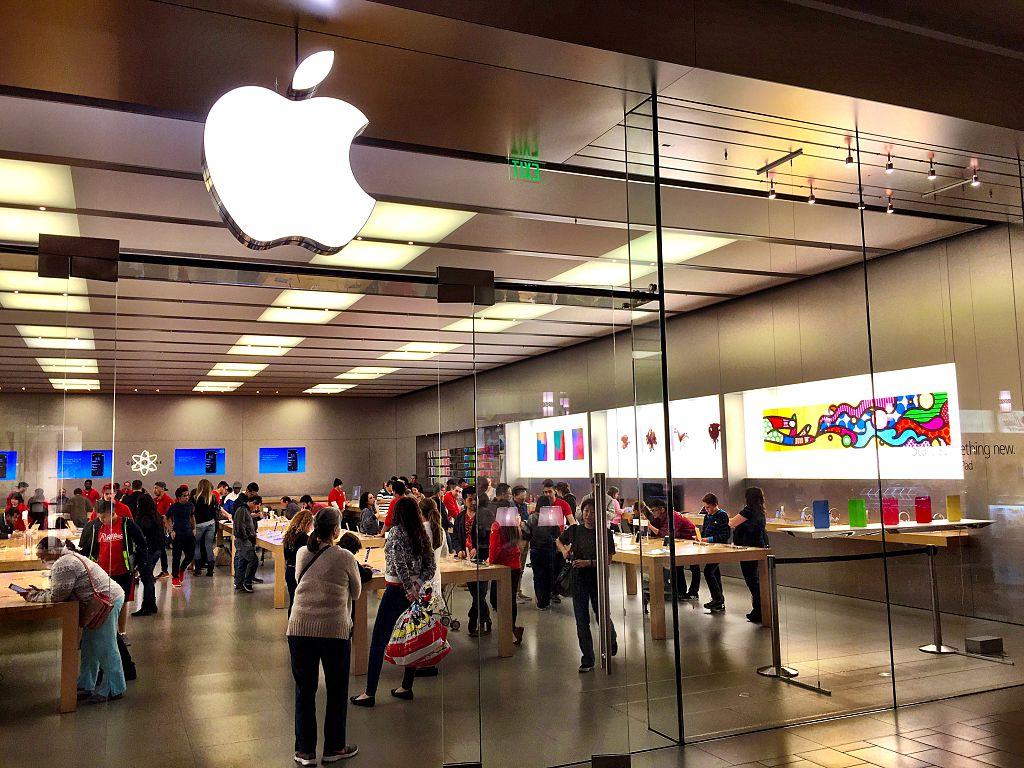 Apple engineer Jordyn Castor has never been one for limitations.

She was born 15 weeks early, weighing just under two pounds. Her grandfather could hold her in the palm of his hand, and could even slide his wedding ring along her arm and over her shoulder. Doctors said she had a slim chance of survival.

It was Castor's first brush with limited expectations — and also the first time she shattered them.

SEE ALSO: How the Apple Watch wants to be the first fitness tracker for people in wheelchairs

Castor, now 22, has been blind since birth, a result of her early delivery. But throughout childhood, her parents encouraged her to defy expectations of people with disabilities, motivating her to be adventurous, hands-on and insatiably curious.

It was that spirit that led to her interact with technology, whether it was the desktop computer her family bought when she was in second grade, or the classroom computer teachers encouraged her to use in school.

She says the adults in her life would often hand her a gadget, telling her to figure it out and show them how to use it. And she would.

"I realized then I could code on the computer to have it fulfill the tasks I wanted it to," says Castor, whose current work focuses on enhancing features like VoiceOver for blind Apple users. "I came to realize that with my knowledge of computers and technology, I could help change the world for people with disabilities.

"I could help make technology more accessible for blind users."

There's an often overlooked component of "diversity" in workplace initiatives — the need to include the perspectives of people with disabilities.

Keeping tabs on the needs of the blind and low-vision community is a key component of Apple's innovation in accessibility. Castor is proof of how much that can strengthen a company.

She was a college student at Michigan State University when she was first introduced to Apple at a Minneapolis job fair in 2015. Castor went to the gathering of employers, already knowing the tech giant would be there — and she was nervous.

Castor told Apple reps how amazed she was by the iPad she received as a gift for her 17th birthday just a few years earlier. It raised her passion for tech to another level — mainly due to the iPad's immediate accessibility.

"Everything just worked and was accessible just right out of the box," Castor tells Mashable. "That was something I had never experienced before."

RELATED: The best moments Apple had on stage

The 11 greatest moments Apple's ever had on stage

Sarah Herrlinger, senior manager for global accessibility policy and initiatives at Apple, says a notable part of the company's steps toward accessibility is its dedication to making inclusivity features standard, not specialized. This allows those features to be dually accessible — both for getting the tech to more users, as well as keeping down costs.

"[These features] show up on your device, regardless of if you are someone who needs them," Herrlinger tells Mashable. "By being built-in, they are also free. Historically, for the blind and visually impaired community, there are additional things you have to buy or things that you have to do to be able to use technology."

At that job fair in 2015, Castor's passion for accessibility and Apple was evident. She was soon hired as an intern focusing on VoiceOver accessibility.

As her internship came to a close, Castor's skills as an engineer and advocate for tech accessibility were too commanding to let go. She was hired full-time as an engineer on the accessibility design and quality team — a group of people Castor describes as "passionate" and "dedicated."

"I'm directly impacting the lives of the blind community," she says of her work. "It's incredible."

Innovation with blind users in mind

Increased accessibility for all users is one of Apple's driving values, under the mantra "inclusion inspires innovation."

Herrlinger saysthe companyloves what it makes, and wants what it makes to be available to everyone. She describes the need to continuously innovate with accessibility in mind as part of Apple's DNA.

"Accessibility is something that is never-ending," Herrlinger says. "It isn't something where you just do it once, check that box and then move on to do other things."

And it's a dedication that isn't going unnoticed by the blind community. On July 4, Apple was the recipient of the American Council of the Blind's Robert S. Bray Award for the company's strides in accessibility and continued dedication to inclusion-based innovation for blind users.

The company, for example, made the first touchscreen device accessible to the blind via VoiceOver. Recent announcements of Siri coming to Mac this fall, and of newer innovations, like a magnifying glass feature for low-vision users, have continued the promise of improving the Apple experience for those who are blind and low vision.

"The fact that we take the time to innovate in these ways is something new and different," Herrlinger says. "It was not the expected thing in the tech community."

Often, the success of such innovations depends on the input of the community — and employees like Castor provide irreplaceable first-hand insight into the tech experience for blind individuals.

The most recent example of community-driven innovation can be found on the Apple Watch. During a meeting, Herrlinger explains, a person who sees could easily peer down at their watch to keep an eye on the clock. A person who is blind, however, hasn't had a way to tell time without VoiceOver.

After confronting the conundrum, Apple solved the issue by making a feature that tells time through vibrations. The addition, Herrlinger says, is coming to watchOS 3 this fall.

Castor says her own success — and her career — hinges on two things: technology and Braille. That may sound strange to many people, even to some who are blind and visually impaired. Braille and new tech are often depicted as at odds with one another, with Braille literacy rates decreasing as the presence of tech increases.

But many activists argue that Braille literacy is the key to employment and stable livelihood for blind individuals. With more than 70% of blind people lacking employment, the majority of those who are employed — an estimated 80% — have something in common: They read Braille.

For Castor, Braille is crucial to her innovative work at Apple — and she insists tech is complementary to Braille, not a replacement.

"I use a Braille display every time I write a piece of code," she says. "Braille allows me to know what the code feels like."

In coding, she uses a combination of Nemeth Braille — or "math Braille" — and Alphabetic Braille. Castor even says that with the heavy presence of tech in her life, she still prefers to read meeting agendas in Braille.

The technologies that Apple creates support her love of Braille, too — there are various modifications, like Braille displays that can to plug into devices, to help her code and communicate. But Castor also often forgoes Braille displays, solely using VoiceOver to navigate her devices and read screens.

That autonomy of choice in accessibility, Apple says, is intentional. The company believes that the ability to choose — to have several tools at a user's disposal, whenever they want them — is key to its accessibility values.

Giving back to the community

Last week, Castor attended a conference hosted by the National Federation of the Blind, where she gave a speech telling her story. She says the impact that Apple has had on the blind community was extremely clear as soon as she stepped into the conference hall — just by listening to what was going on around her.

"When I walk through the convention, I hear VoiceOver everywhere," she says. "Being able to give back through something that so many people use is amazing."

Castor was recently able to use her presence and perspective at Apple to give back to a part of the community she's especially passionate about — the next generation of engineers.

She was a driving force behind accessibility on Apple's soon-to-be released Swift Playgrounds, an intro-to-coding program geared toward children. She's been working to make the program accessible to blind children, who have been waiting a long time for the tool, she says.

"I would constantly get Facebook messages from so many parents of blind children, saying, 'My child wants to code so badly. Do you know of a way that they can do that?'" Castor says. "Now, when it's released, I can say, 'Absolutely, absolutely they can start coding.'"

Castor says working on Swift Playgrounds has been an empowering experience, and her team has deeply valued her perspective on the VoiceOver experience for blind users.

She says the task-based, interactive app would have made a massive impact on her as a child. The program is, after all, a guided way of taking tech and figuring out what makes it tick — a virtual version of the hands-on curiosity adults instilled in her as a child.

"It will allow children to dive into code," she says of the program. "They can use Swift Playgrounds right away out of the box; no modifications. Just turn on VoiceOver and be able to start coding."

As someone who was always encouraged to challenge expectations, Castor says she has one simple message for the next generation of blind coders, like the children who will sit down with Swift Playgrounds in the fall.

More from Mashable:
How the Apple Watch wants to be the first fitness tracker for people in wheelchairs
Apple may finally be ditching the most hated iPhone feature
Dear Apple, please don't make the best iPhone 7 features 'Plus only'