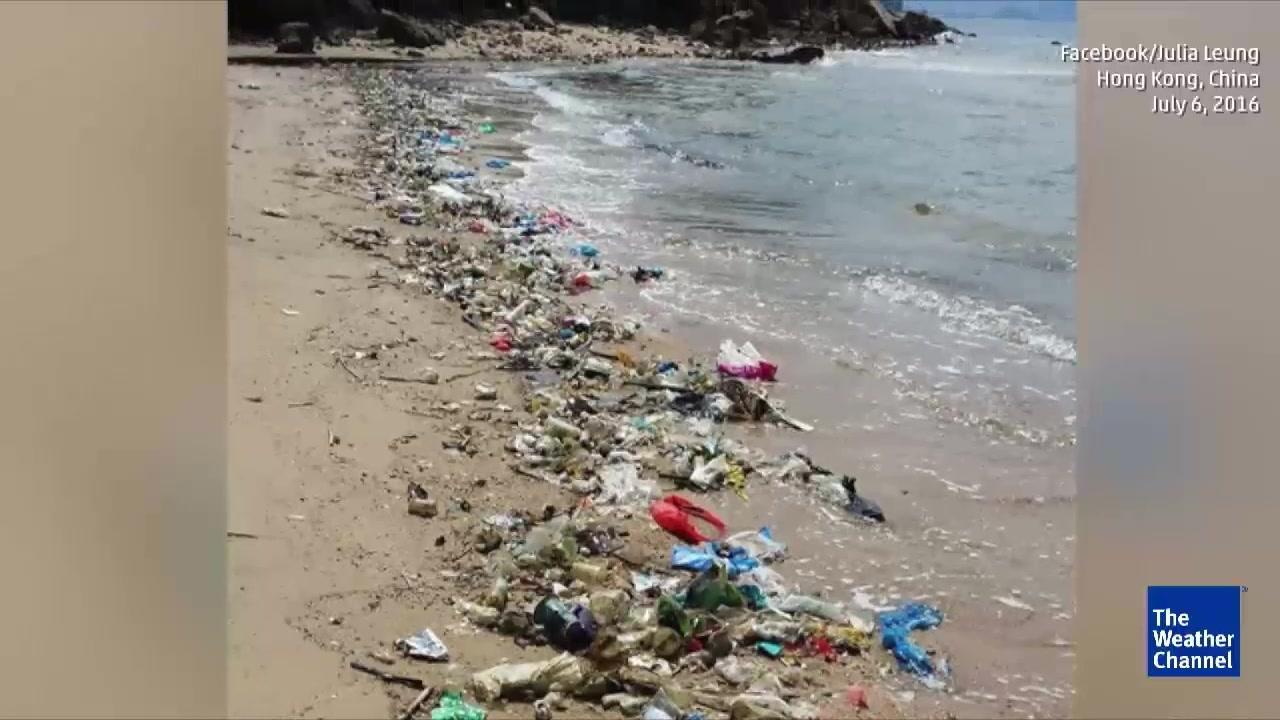 Asian cities have been known for their high levels of pollution, and the current trash problem on Hong Kong beaches is a stark reminder of the ongoing issue.

In the past two weeks, beaches in Hong Kong have been inundated with loads of garbage. This is a problem, not just for anyone wanting to spend time relaxing by the water, but also for the local wildlife.

Locals have called the situation a "tragedy" and referred to the beaches as "a solidified oil spill of trash."

There have been reports of bunches of dead fish, as well as a dead sea turtle covered in plastic. And it's likely that other species are being widely affected by this phenomenon, as well.

Hong Kong beaches have faced large amounts of trash in the past. This summer, however, the labels on the trash trace it back not only to local sources, but also to mainland China. Some officials think this points to illegal dumping that is going on in the ocean.

The Environmental Protection Department (EPD) partially blames the mid-June floods on that mainland that brought trash to sea and then back to Hong Kong through monsoon currents. They don't, however, have any official plans to remedy the problem at hand.

CNN reported that the EPD estimates that the amount of waste on the beaches in 6 to 10 times higher than what is normally found during the summer on Hong Kong's beaches.

Citizens have started taking photos of the huge trash piles on the beaches and posting them to social media. They hope to share them as a way of making the government notice the phenomenon, and make the municipalities in charge of the trash fix this mess.

The Environmental Protection Agency (EPA) reported in 2015 that marine pollution in Hong Kong wasn't a serious problem to worry about, but the current state of its beaches only highlights that there's still a lot of work to be done.

A man rests on a green sand beach created from the mineral olivine, along the south point rocky coastline on the Big Island of Hawaii.

Close-up of fragments at Glass Beach in Kauai.

Aerial view of a beach, Harbour Island, Eleuthera, The Bahamas.

NOW WATCH: 40 years ago, NASA sent a message to aliens — here's what it says

MORE: 12 of the world's most beautiful spots to stargaze

UP NEXT: Taiwan braces for the arrival of Super Typhoon Nepartak, a category 5 storm