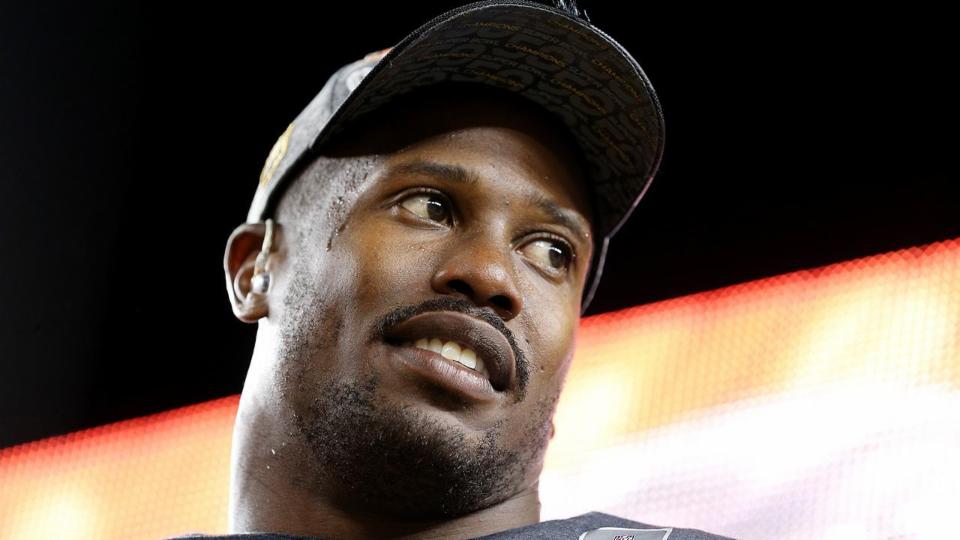 Has there ever been a better time to show your support for local police and firemen?

Denver Broncos linebacker and reigning Super Bowl MVP Von Miller agrees, and heck, it's never a bad time to give back to the community and help out when possible.

Miller donated $25,000 to be paid out over 10 years to the DeSoto Fire Rescue for scholarships for Fire Academy and donated the 2016 Ford Explorer he won as part of being named the Super Bowl MVP to the police department.

Event takes on new meaning as @Millerlite40 donates a new car and scholarship to DeSoto PD and Fire. @wfaachannel8pic.twitter.com/41dtQi0huO

Miller was a two-sports star at DeSoto High School in Texas and it's clear one of the best players in the NFL hasn't forgotten where he came from. Miller later went to Texas A&M where he developed into a two-time All-American with the Aggies and the No. 2 pick in the loaded 2011 NFL Draft by the Broncos.

Miller is in negotiations with the Broncos and could receive a contract worth more than $100 million and his guaranteed money could be north of $50 million. Perhaps, Miller will have some extra cash to donate his hometown police and fire departments. Not that $2,500/year for a decade is anything to scoff at, but, if he is about to get a check for $50, he can spare a little more to help out the local authorities.

More from FanSided:
Von Miller likes how he looks in a Warriors jersey
Calvin Johnson says he may have stayed if Lions were contenders
Jim Kelly has surgery after inconclusive cancer scan during visit

More from AOL.com:
Wales beat Belgium 3-1 to reach semi-finals
USA Swimming director gave an astonishing quote about how Katie Ledecky is going to change the sport
The Boston Celtics brought Tom Brady to their meeting to recruit Kevin Durant