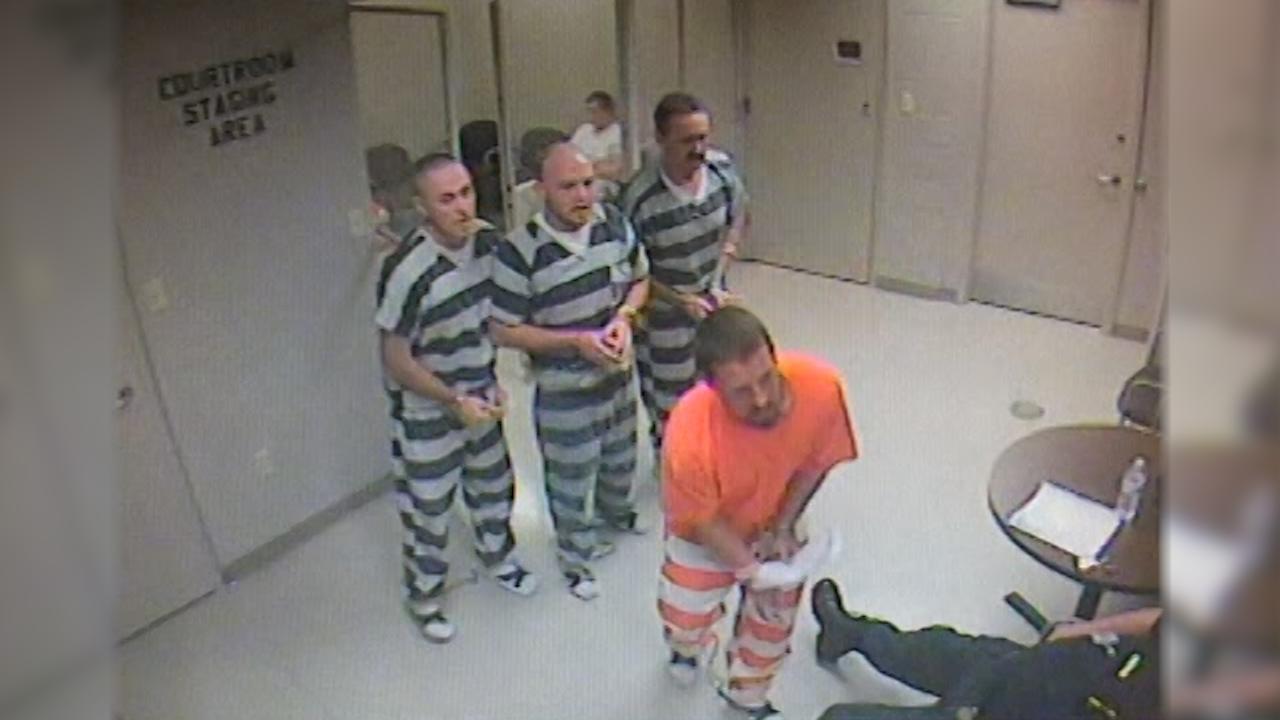 PARKER COUNTY, Texas – When a guard on duty at a jail suddenly slumped over unconscious, a group of inmates managed to break out of their cell and rush to his side, saving his life.

On June 23, a single guard the Parker County jail in Texas was watching over a group of prisoners. According to WFAA, he was joking with the inmate when he suddenly passed out.

"He just fell over," said inmate Nick Kelton. "Looked like an act. Could have died right there."

RELATED: One kind stranger saved the life of a baby after a terrifying car accident

The group of inmates inside the cell started yelling for help. Moments later, they managed to break out of the holding room and discovered the guard had no pulse.

They continued to yell and bang on doors and walls, hoping someone would hear them. They knew that they were putting themselves in danger.

"We were worried they're going to come with guns drawn on us," Kelton told WFAA.

"He had keys," Parker County Sheriff's Sgt. Ryan Speegle said about the guard. "Had a gun. It could have been an extremely bad situation."

Officers came running from the courtroom upstairs. They say the ruckus made them think a massive fight had broken out.

When the officers realized what had happened, the inmates were corralled back into the cell. An officer immediately began chest compression on the guard.

Thanks to the inmates' quick thinking, the guard is going to be fine. He will be returning to work within the next week.

More from Rare:
Amidst heartbreaks, the people of Dallas are standing in line to hug police officers
Thanks to his quick, nutty thinking, this squirrel makes the ultimate escape before becoming a bird's dinner
Let this video of a cop and man dancing bring you some joy at the end of a solemn week