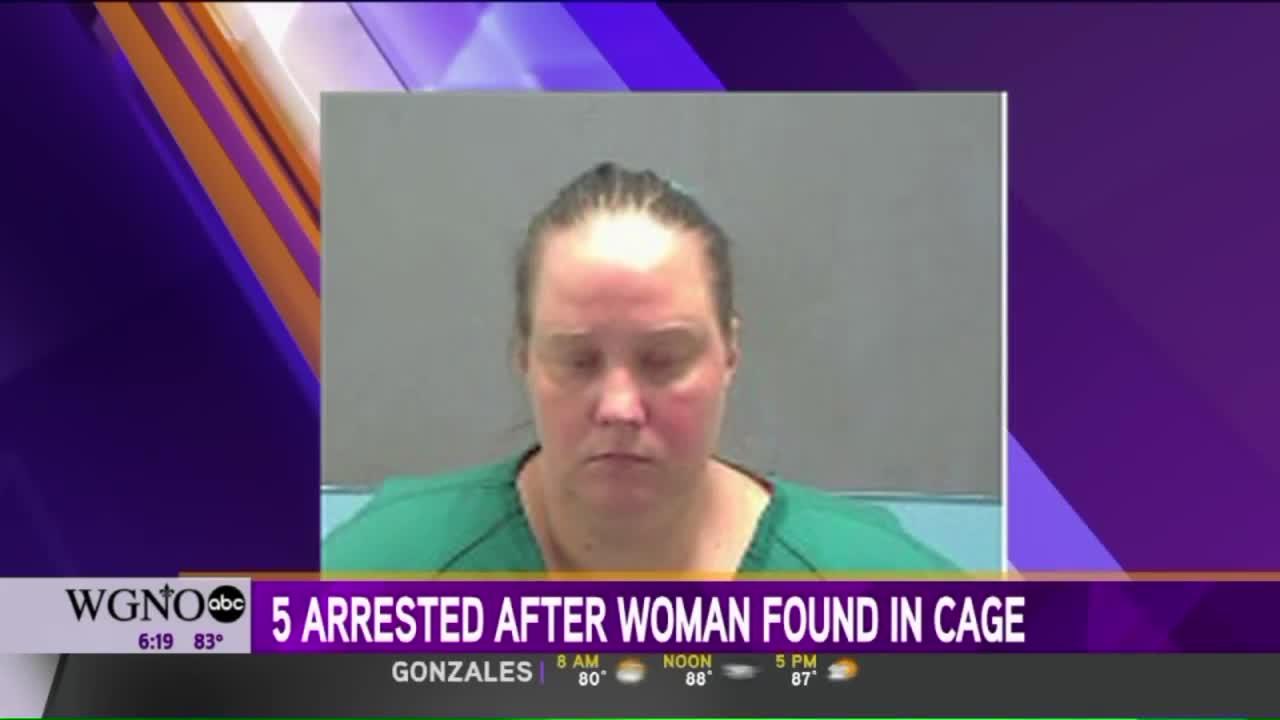 AMITE, La. (KCPQ) — Five people have been arrested after Louisiana deputies made a disturbing discovery — a 22-year-old woman with autism living in a backyard cage.

According to the Tangipahoa Parish Sheriff's Office, deputies responded to a complaint on Rushing Lane, where they were told that a 22-year-old woman was being locked up in a cage, according to WGNO.

SEE ALSO: Parents arrested after autistic son was found in a cage

When deputies searched the home, they say they found the young woman wandering around the backyard.

Deputies said she was forced to live in a makeshift shelter – a blue tarp draped over a cage that somewhat resembled a dog kennel.

She was often locked in the cage at night to keep her from wandering off from the property, according to law enforcement.

The woman appeared to be malnourished and had numerous insect bites on her body. There was also a five-gallon bucket in the cage where she was forced to defecate, authorities said. All of her personal belongings were in the cage as well.

The woman and four juveniles were removed from the home and turned over to the Louisiana Department of Health and the Department of Child and Family Services, respectively.

The following people were arrested on charges of human trafficking and cruelty to the infirmed:

The investigation is ongoing and more charges are possible, the sheriff's office says.

More from AOL.com:
Bottom half of this festival outfit will have you doing a double take
21 things every sports fan should add to their bucket list
'The Runner' recap: Day 3