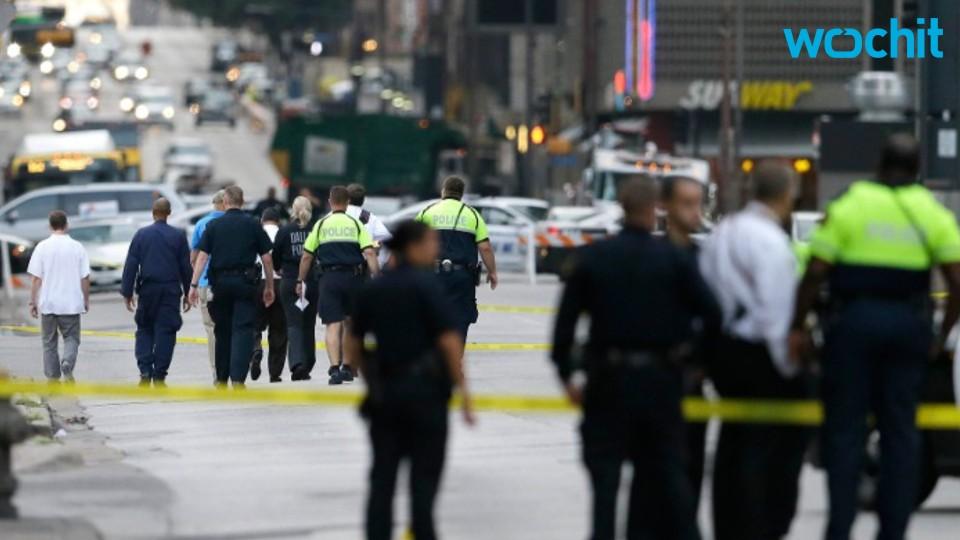 "Why do so many whites (not all) enjoy killing and participating in the death of innocent beings," Johnson, 25, wrote in his Facebook post above a graphic video of people participating in a whale-killing, comparing it to the treatment of black people in the United States. The Facebook group has over 200 members.

In what appeared to be Johnson's own Facebook page, he was portrayed as a black nationalist, with images of Black Power and the red, black and green flag sometimes known as the Black Liberation flag. His profile photo showed him with his clenched fist in the air in the familiar Black Power salute.

Johnson was also a military veteran who had served as a private first class in the U.S. Army Reserve from March 2009 to April 2015. He was deployed to Afghanistan from November 2013 to July 2014 and earned a number of service medals, according to Army records.

Much remained unknown about Johnson, and attempts to reach family members on Friday were not immediately successful. It was not clear whether he was employed, though NBC News reported that he had been working for a company, Touch of Kindness, that assists mentally challenged children and adults.

Public records indicated he lived in Mesquite, a suburb of Dallas, and the Army also listed Mesquite as his hometown.

The assault, the deadliest for law enforcement in the United States since the Sept. 11, 2001, attacks, took place on Thursday night at the end of a protest over the fatal shooting of two black men by police this week in Louisiana and Minnesota. Those deaths renewed public outrage over police treatment of minorities.

See photos in the aftermath of the deadly shooting:

Dallas Police Chief David Brown, who did not name Johnson, said police tried unsuccessfully to negotiate an end to an hours-long standoff before sending in a bomb-carrying robot that killed him.

Johnson's July 2 post on the Black Panther Facebook page expressed anger at how white people have treated black people over the years, with references to his ancestors getting beaten, mutilated and killed.

"Then they all stand around and smile while their picture is taken with a hung, burned and brutalized black person," he wrote. "They even go to our homeland and shoot our endangered wildlife for sport."

Among the pages that Johnson had "liked" on the social media site belonged to a group calling itself the African American Defense League. On Friday morning, the group posted a message calling on "gangs across the nation" to "attack everything in blue except the mail man."

His Facebook page also included a photo of him with Professor Griff of the classic hip-hop group Public Enemy. Attempts to reach Griff were unsuccessful.

On Friday, three police cars and several TV news trucks were parked near the large, two-story brick house of Johnson's family on Helen Lane in Mesquite, Texas, a middle-class suburb of Dallas with homes built in the last 10-15 years.

Kimberly Smith, a neighbor, said her son went to high school with Johnson. "He was a nice kid. My son was surprised he would cause any problem."

Another neighbor, an elderly white woman named Jose' (pronounced Josie) Moore, said she passed Johnson when he was out running. "I would say hi and he wouldn't say anything," Moore said.

When Moore saw him identified on TV news today, "I thought, 'My God, that's the man who doesn't speak to me.'"

It was not clear if Johnson's military training aided him in the attack.

Army Lieutenant Colonel Major Michael Waltz, a former special forces officer and White House aide, said a video of the shooter during the attack indicated that Johnson was "not only trained, but well trained." The video was taken by somebody at the scene and widely circulated on social media.

"The way he raises and lowers the rifle to his shoulder, apparently firing two rounds at a time, with discipline in his movements and use of cover, is what makes it seem as though he has military training," he said. Waltz added that Johnson appeared to have received "close-quarters battle" training, which focuses on urban combat.

RELATED: Politicians agree on the state of violence in America