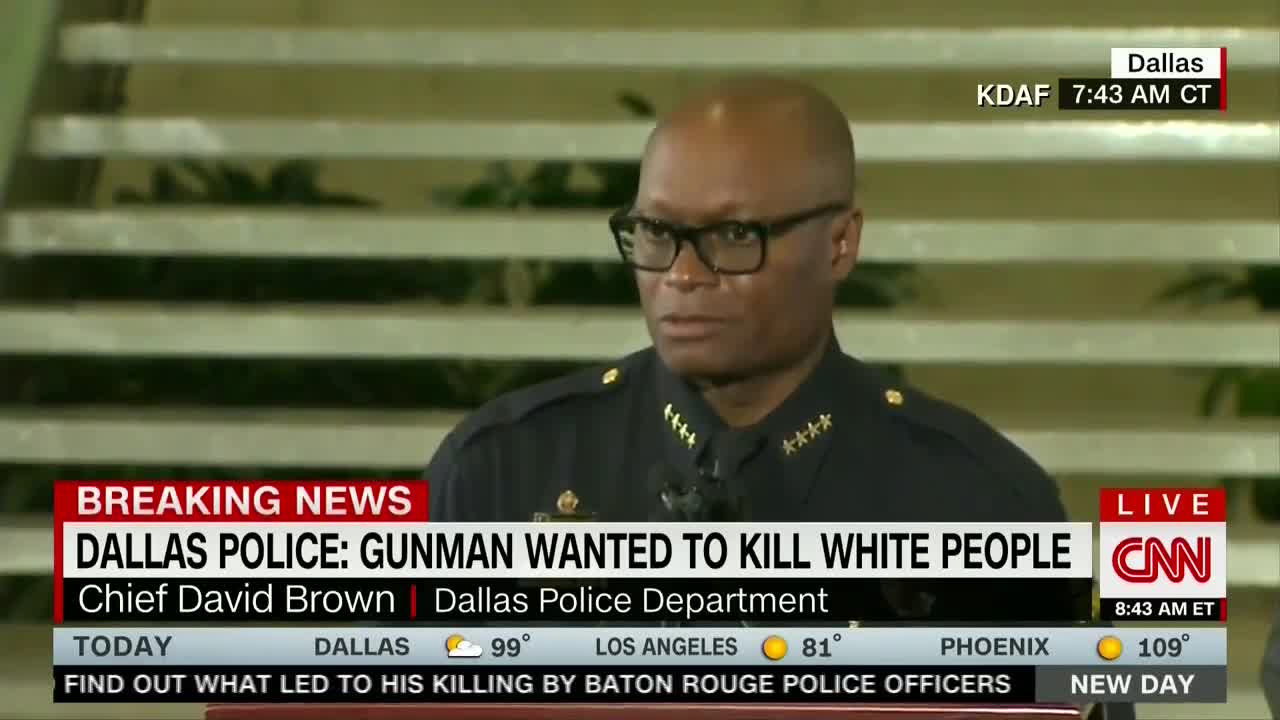 The name of the suspect in a shooting at a peaceful protest that left five police officers dead on Thursday has been released, the Los Angeles Timesreported on Friday. The suspect was identified as 25-year-old Dallas area resident Micah X. Johnson.

This is per a law enforcement source to @DelWilber. https://t.co/AnxslXWeFf

Johnson was reportedly killed by a police robot after an hours-long stand-off with Dallas police that stretched into Friday morning, the Times reported. An unnamed official told the newspaperthat Johnson "had no known criminal history or ties to terror groups."

The suspect also reportedly told police he was acting alone and was not affiliated with any groups or organizations.