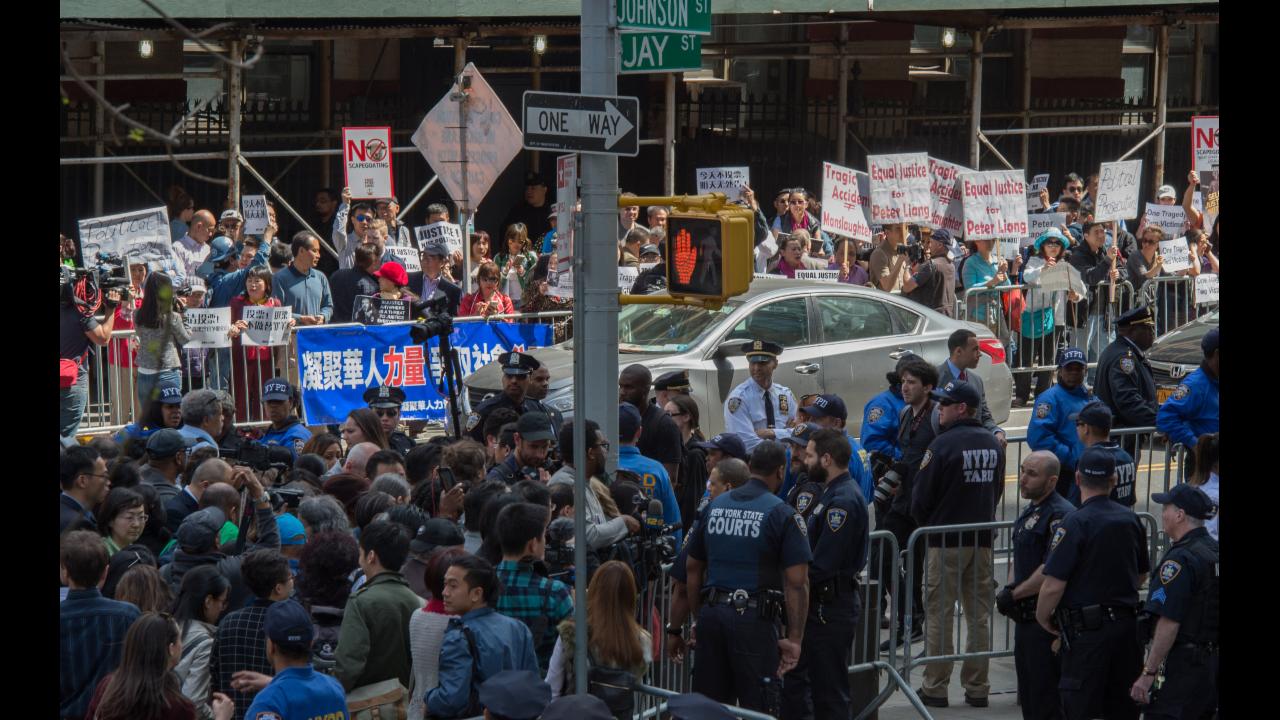 Early into the investigations behind the shooting of Philando Castile, a black man who was killed by a Minnesota cop during a traffic stop, many speculated that the responsible policeman was Asian American.

In the viral video shot by Castile's girlfriend Diamond Reynolds, she described the cop as Asian male. Minnesota Department of Public Safety later identified him as Jeronimo Yanez, though did not specify his ethnicity.

Fearing the parallels to how the Chinese American community rallied behind New York cop Peter Liang who shot and killed an innocent black man last year, writer and ethnographer Christina Xu decided to crowdsource an open letter to help explain to her older generations why Black Lives Matters matters.

Asian-Americans who support BLM, we need to get ahead of our community organizing another pro-Liang rally. Talk to your families today.

In fact, let’s draft letters in our native languages to our parents and our communities. Get it passed around WhatsApp, WeChat, LINE, etc.

The open Google Document has been live for about 24 hours and has since been edited by at least 40 contributors, with hundreds accessing the document. Together, the community is hoping to explain to their family members who immigrated to the United States why Black Lives Matters is an important movement, and help them understand how the black community is facing prejudice simply for their appearance.

"In fighting for their own rights, Black activists have led the movement for opportunities not just for themselves, but for us as well," the final version of the letter reads. "Black people have been beaten, jailed, even killed fighting for many of the rights that Asian Americans enjoy today.

"When someone is walking home and gets shot by a sworn protector of the peace—even if that officer's last name is Liang—that is an assault on all of us, and on all of our hopes for equality and fairness under the law."

Xu said she's humbled to see so many people contribute to the document, and watch it translated to several different languages to reach the different Asian American communities.

"I've had difficult conversations about this stuff with my parents before, so I knew how hard it can be to find the words to communicate with them, especially in their language," she tells TNW. "We have so many useful words and concepts for describing racism but a lot of them are very academic and not ideal for immigrants who don't necessarily have a clear understanding of US history."

The document also details resources for those who want to share the letter with the families, as well as contacts for media and Asian American organizations at universities across the US.

Despite the document being totally open, Xu was surprised to see minimal trolling or destructive behavior – only the help of those who want to spread the message of their support.

"It's been very powerful to me to watch this community of young Asian-Americans (and other diaspora and even people in Asia) contribute to this work while having such important conversations in a constructive way."